After massive protests took the streets across Jordan, in Amman and other Jordanian cities traditionally friendly to the government and loyal to the royal palace, King Abdullah II accepted the resignation of the former Prime Minister Hani Al Mulki and replaced him with Omar Al Razzaz.

The recent protests that led Al Mulki to resign were the first of their kind in Jordan. Primarily, the protests were so novel due to their spontaneity and the fact that they lacked association to identified political leadership or an ideological background. The majority of protesters were young and belonged to the Jordanian middle class, and yet they were motivated by their unsatisfied economic and social needs. In addition, they were outside the scope of the traditional Jordanian opposition.

What led Jordanians to take the streets?

In recent years, Jordan has suffered from consistent budget deficits, compounding public debt, the closure of the borders with Syria and Iraq (the main routes for Jordanian exports), large refugee influxes and the rise of already high unemployment levels (18.4 percent of Jordanians are unemployed). These have all coincided with sluggish economic growth.

Within the context of this economic crisis, Jordanian citizens also face the increasingly expensive cost of living, low and stagnant wages, lack of economic opportunities and bureaucratic governmental procedures that are prohibitive to Jordanian entrepreneurs and start-ups.

Many factors have deepened the economic crisis in Jordan and deteriorated the state of Jordanian public finances. The crisis caused the reduction of public revenues while the government encumbrances are increasing. Additionally, in2012 , the interruption of Egyptian gas supplies to Jordan caused a 6 billion JD (Jordanian dinar) increase in government debt, as result of having to generate electricity using heavy fuels. Moreover, the fall in oil prices led to a massive reduction in foreign aid; both in terms of Jordanian expatriate remittances and FDI inflows from the GCC countries, upon which Jordan heavily relies. As a semi-rentier economy, Jordan depends on such foreign grants and aid. Thus, these reductions have exacerbated the issue of insufficient government revenues.

Recognising the rising threat of consistent budget deficits and compounding debt, the Al Mulki government realised the importance of increasing government revenues in order to strengthen its ability to cover the budget deficit and meet its growing responsibilities. Hence, the government started implementing austerity policies such as raising sales taxes, increasing fuel prices and eliminating subsidies for bread. These policies made the daily struggles of the Jordanian people even more arduous. But the spark that ignited the flame of the demonstrations was the proposed income tax bill, which controversially increases tax burdens on new social groups and classes – mainly middle class and professional workers – who are unable to pay additional taxes while their incomes remain stagnant and while the government fails to provide them with adequate public services. To the average Jordanian, the tax increase only results in reduced income with no benefit in terms of improved public services.

On the other hand, while Jordanians protest because they cannot tolerate additional taxes, the revenue that the government earn from taxes is very low relative to the world. The government in Jordan levies taxes that equate to only 15.5 percent of GDP while, for example, the OECD countries have a tax income on average equal to 25 percent.

While the deteriorating economic situation in Jordan represents the most apparent and obvious reason for the recent demonstrations, there are many ulterior reasons that also induced the people to protest transcending austerity policies and the economic crisis. In recent years, there have been multiple pressing political, social and economic challenges which served as signs of an ailing country, and those symptoms always indicated that Jordan was heading to some kind of upheaval. These included the lack of governmental services; lack of citizen trust in the government, parliament and press; polarisation between sub-identities and tribes; rising populism; lack of government transparency, weak governance over national wealth; endemic corruption; and social injustice, political inequality, opportunity, and income and wealth inequality. It was these factors that spoke to the underlying issue that drove political frustration: a flawed social contract.

The most important issue that led to the current political and socio-economic situation in Jordan is that the political regime was built on a patriarchal relationship between the state and its citizens. Since the establishment of the Hashemite Kingdom of Jordan, the state preferred to deal with vertically-structured social institutions such as tribes, sects and ethnic groups, rather than horizontally-structured state and civil society institutions.

In the same context, the social contract in Jordan is based on the so-called rentier system. Marwan Muasher of the Carnegie Endowment for Peace says that this model of social contract is based on two main pillars: ‘‘the first pillar stipulated that government is responsible mainly for providing adequate health and education services, jobs, and subsidies for basic commodities. In return citizens accepted the second pillar—no meaningful voice in running their affairs.’’

As a consequence of the current social contract in Jordan, historically, the governing elite in Jordan did not gain its authority through a democratic or institutional process. Tribalism, wealth and clientelism were always the key mechanisms to access power and leading positions.

Although Jordan holds elections for parliament and municipal councils, these elections are always undermined by political money and tribalism. Within this context, Sarah Bush argues that both parliament and municipal councils ‘‘serve mainly as mechanisms for distributing state resources. Once elected, officials distribute patronage, including jobs, and business licenses, to their supporters.’’

In addition, tribes in Jordan serve as the main political actors, filling the role that political parties should play. Bush points out that tribes ‘‘subscribe to patriarchal belief systems’’ and they run for elections ‘‘because tribes in Jordan typically seek representation to access patronage.” Hence, parliament and municipal councils fail to provide democratic institutions but rather reinforce rentierism, patronage and clientelism.

Indeed, management of public affairs in Jordan, the power structure, and the underlying power relationships between the people and the state in Jordan are neither inclusive nor representative of the various parties and the wide-spread segments of the society.

As a result of the rentier model in Jordan, the tough economic situation, regional conflicts and local social transformations, the cost of maintaining the social contract has become extremely exorbitant and neither the state nor its citizens can bear its political, economic and social costs.

Hence, the social contract is fracturing and the trust gap between the state and its citizens is becoming wider. This requires an urgent move toward a new social contract and radical reforms.

A Light at the End of the Tunnel

Regardless of the economic crisis and the fracturing social contract, King Abdullah II delivered two positive signals in response to the intensively fraught political environment. Firstly, the King appointed a well-known reformist liberal figure as the new prime minister, Omar Al Razzaz. Secondly, in the royal decree issued by the King forming the new cabinet, King Abdullah II asked the new prime minister to review the tax system ‘‘with the aim of delineating the relationship between citizens and the state through a clear social contract that identifies rights and duties.’’

In response to the King’s decree, Al Razzaz said that a new social contract will be the ‘‘most important item on the political agenda’’ of the new government. Fortunately, Al Razzaz possesses expert knowledge about social contracts and rentier systems in the Arab World.

In his research, Al Razzaz proposed a road map to the vitally needed transition entitled “From Rentier to Productive State,” in which he detailed the construction of a new social contract between the “rulers and the ruled” in the Arab world. Al Razzaz identified the elements needed to achieve a consensus regarding a new social contract; including democratic transformation, governance over public finance and national wealth, the development and employment of national human resources and the move from privilege-based allocation to rights-based income distribution and social protection.

In describing the path to a revitalised social contract, Al Razzaz was optimistic about the ability to make this transition happen, claiming the process would be difficult but not impossible.

It seems that the King and his appointed prime minister have a desire to reform and change the current status quo. In fact, civil society in Jordan in recent years is becoming more active, as big segments of the “silent majority” are speaking out. The previously silent have started to express their opinions, their needs, what they stand for, and what they are expecting from the government.

Recently, civil society in Jordan started to manifest itself in social and political movements such as “Al Harrak”, “Taqaddam” (a social initiative that advocates for a green democratic Jordan), the “Civil Alliance” (a democratic movement and party-to-be) and “Ma’an youth organisation.”

There is a fertile environment for reform and transformation in Jordan on both the political–regime level and the civil society level.

Although there are many signs that indicate the possibility of reform in Jordan, resistance towards change still exists. Old guard, anti-reform, traditional elites and the beneficiaries of the rentier system who used to share, divide and allocate national wealth, patronage, and economic rent to themselves and their closed circles will always look to financially muscle their way back to power and authority.

Finally, Jordan is heading towards the unknown if the state and its people do not fix their own train engine, to take them as soon as possible from the darkness of the tunnel to the light of the sun. Jordan needs to heal the sick body of the state. This can be done only by reform, and as such transformation through a new social contract must be foremost on the government’s agenda. Democratic transformation is necessary, and it must lead to fair representation of all citizens. The mentality that governs the state must transform the way of dealing with citizens from patronage and privileged citizenship for the few, to effective, productive and equal citizenship for all.

Laith Fakhri Alajlouni is a Jordanian political economist focusing on the MENA region. He earned his MA in Political Science from the Central European University in Vienna, and worked as a research analyst at the Jordan Strategy Forum. He tweets at @LaithAlajlouni 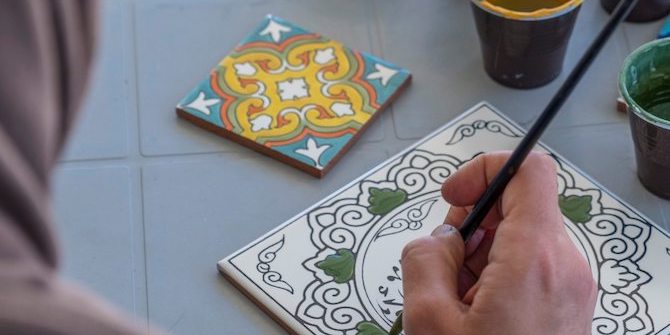 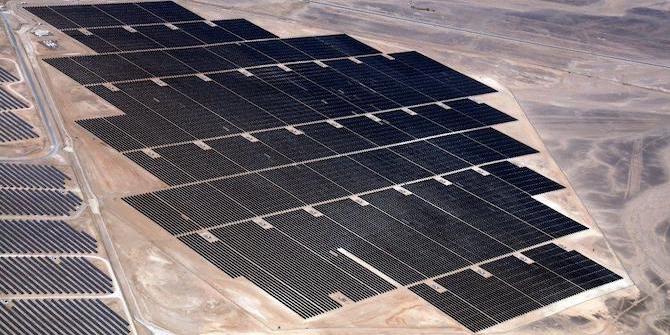 Bad Behavior has blocked 1870 access attempts in the last 7 days.