As the Saudi-led blockade of Doha continues to define political life within the Gulf Cooperation Council (GCC), it is safe to assume that there will not be business-as-usual once the two sides resume their relations. Given the increasing mistrust between the member states as well as the leadership transitions in Kuwait and Oman, both of which have been dismayed by Riyadh’s recent conduct, it is inevitable that there will be demands for a reformed GCC if it is to survive as a political bloc. In fact, Doha has already paved the way for such an undertaking, with the Qatari Foreign Minister calling for a reformed GCC last December. Having gotten used to life under siege, Qatar seems determined to use the crisis as an opportunity to achieve a wider strategic goal: a reformed GCC in which no one state enjoys special status.

The question then is what institutional models of regional cooperation can serve as a template for the six littoral states to study, modify and ultimately adopt. Given its institutional design as well as the geostrategic context in which it operates, the Nordic Cooperation (NC) stands out as the most promising model. It offers both a dual institutional design – the Nordic Council handles parliamentary cooperation and the Nordic Council of Ministers deals with intergovernmental cooperation, facilitating trust building as well as rigid policy discussions and debates – and also an informal and flexible structure that allows for both collective leadership and selective participation in/commitment to initiatives and/or policies.

Like the GCC states, the five member states of the NC have close cultural, historical, communal, and linguistic ties which, by and large, have facilitated the close cooperation between them. Moreover, the Nordic states have similar economies, which at times have pitted them against one another as economic competitors. They have, however, been largely successful in mitigating such rivalries via the NC and hence their experience could serve as a useful roadmap for GCC states in their attempt at devising regulatory mechanisms for the management of their commercial ties.

Regionally, NC states have had to deal with a difficult neighbour – Russia – though each favour different approaches towards Moscow. While Denmark and Norway have usually called for a hardline attitude, for instance, Sweden and Finland have preferred a more conciliatory posture. They have therefore used the NC and its informal mechanisms in order to resolve their differences and adopt a unified front vis-à-vis Russia, especially since the annexation of Crimea. Given their divergent views on Tehran, thus, GCC states could benefit from investigating the mechanism of such an undertaking in their design of a unified approach towards Iran. In a similar vein, the Nordic approach towards wider regional cooperation in relation to the Baltic states, an institutional format commonly referred to as N5+3 or NB8, covering energy, finance and transport, could prove invaluable for the formation of a comprehensive GCC-Horn cooperative framework.

Globally, the five Nordic nations face similar security dilemmas to their counterparts in the GCC, in that they can no longer take for granted the United States’ commitment to their security. They also have to grapple with the task of balancing their commercial interests and security concerns in their dealings with an ever-more assertive Beijing, whose special bond with Moscow adds increased urgency to the task at hand. Their response to these developments in the form of increased cooperation and coordination within the NC, NCM, and Nordic Defence Cooperation (NORDEFCO), once again, contains essential lessons for the GCC states in redefining the nature and depth of their own ties with the United States and China. Of particular relevance are N5+1 arrangements with both Washington and Beijing, which have given the Scandinavian states more bargaining power in their relations with the two global giants. Furthermore, their coordinated policy stances have helped to secure each-others’ key interests at the UN as well as promoting the so called ‘Nordic Brand’, and the increasing defence and security cooperation within the NORDEFCO has enabled them to embark upon a slow and yet institutionalised integration of their armed forces and division of capabilities based on national strengths, while reducing the financial cost of national defence and simultaneously building trust.

None of this is to suggest that the GCC states can, or should, mirror exactly the Nordic model of regional cooperation. Nor is it claimed that the NC resembles a perfect model, indeed its key strength – flexibility and an informal structure – tends to present its main weakness as well; in that agreements rarely translate into formal commitments. However, it is a functioning model which shares a number of important contextual commonalities with the GCC states and their strategic environment, and thus it could certainly serve as a signpost for reform.

Nima Khorrami is a Research Associate at The Arctic Institute. He is currently pursuing a second master’s degree at the Försvarshögskolan in Stockholm. His areas of research include soft power, maritime politics, and geopolitical issues in the Persian Gulf, Horn of Africa and the Arctic. 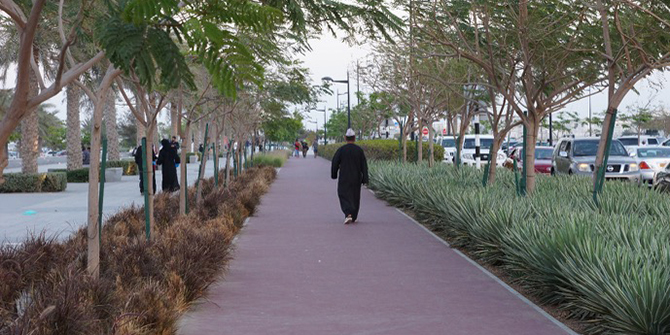 Bad Behavior has blocked 1581 access attempts in the last 7 days.