It is estimated that there are twenty million Muslims living within the borders of the People’s Republic of China. The two largest subgroups are the Chinese-speaking Muslims, known as the Hui people, and the Turkic-speaking Muslims, or the Uyghurs. In the post 9/11 era, widespread Islamophobia and China’s growing economic influence in Muslim-majority regions have drawn both public and scholarly attention to Muslim minorities’ substantial presence in China.

On the one hand, the deteriorating situation in Xinjiang province has caused an outcry in the international community. On the other, better-integrated and largely peaceful, the Hui people are applauded for being China’s ‘good’ Muslims. The ethnology of Sinophone Muslims provides a valuable case reference for the debate on the future of Muslim minorities in the West. Consequently, the field of Chinese Muslim studies has gained greater visibility and relevance in academic inquiries.

The study of Chinese Muslims has developed in a niche at the intersection of Islamic studies and Sinology, building a bridge between the two seemingly unrelated realms. Islam first arrived in China in the seventh century with Arab and Persian merchants and traders via the ancient Silk Road. In the following centuries, Islam gradually put down roots in the Middle Kingdom as the result of migration and intermarriages. People from diverse backgrounds but bonded by a shared faith would eventually evolve into an ethno-religious group that became the Hui. Despite the difficulties of living in an atheist state, the rich Sino-Islamic traditions and rituals produced in a Confucian universe remain resilient today.

The increasing mobility of Chinese Muslims and the shifting patterns in the global political economy associated with the rise of China have injected new energy into the study of Chinese Muslims. Both the domestic and cross-border flows of China’s Muslim minorities have been on the increase since the 1990s. The cultural preferences for self-employment and the desire to maintain relative independence from state control have encouraged Muslims to seek business opportunities in the thriving southeast coastal regions. The growing number of Muslim migrants working and living in major metropolises has left visible footprints on the landscape as Halal restaurants, meat shops, and other ethnic businesses have flourished from Beijing to Guangzhou.

This transnational dimension of Chinese Islam is not to be taken for granted. The cross-border migration of Chinese Muslims not only reflects uneven development in China, the heterogeneity within Chinese Muslims, the rising economic might of China, but also the influence of Islamic religious and political movements in response to the homogenising power of globalisation. Chinese Muslim migration is strongly characterised by chain migration. The largest Chinese Muslim diasporic communities are found in Muslim-majority countries in southeast Asia and the Middle East. Although this pattern is often attributed to religious and cultural reasons, it is also due to uneven development in China: regions with high Muslim populations are often among the least developed in China. The less demanding requirements for immigration into southeast Asia (such as Malaysia) and the Middle East, in addition to the lower cost of living, have attracted a sizeable Chinese Muslim migrant community from the northwest.

Encounters with diverse Islamic cultures and different theological schools of thoughts in the diaspora make it imperative for Chinese Muslims to scrutinise their faith traditions and identities. Through trade, investment, tourism, education, cultural exchanges, and other cross-border activities, the transnational Chinese Muslim network has exerted considerable influence on those who remain in China. Given their hyphenated identity, Chinese Muslims have in some cases played the role of de facto ‘cultural ambassadors’ as China strengthens its political, economic and social ties with Muslim-majority countries.

The transnational characteristics of Chinese Muslims are accentuated in global cities, such as Dubai – a relatively new destination for Chinese migration and investment. As the most prominent centre of trade and finance in the Middle East and North Africa, Dubai is strategically located as a key junction on China’s Belt and Road Initiative. The number of Chinese residents in Dubai has grown from merely 2,000 in the early 1990s to over 270,000 by the end of 2018. During the last decade, China has surpassed India to become Dubai’s largest trade partner and the UAE’s second largest. China has evolved into an important player in the Arabian Gulf and potentially an alternative regional powerbroker.

UAE society is characterised by an unbalanced demographic structure. Nearly 90 percent of Dubai residents are expats holding temporary renewable visas. This social condition has clearly shaped the identity of Chinese Muslims in Dubai. While Chinese Muslim migrants elsewhere are under strong pressure to assimilate, Dubai’s openness toward cultural diversity and the general absence of path to naturalisation force Chinese Muslims to stay on good terms with the larger Chinese community and Chinese authorities, and maintain their relevance in Chinese transnational networks. Chinese Muslims make up between 5 to 10 percent of all Chinese expats in Dubai, yet their influence far exceeds what their numerical minority status might suggest. In Dubai, Chinese Muslims have played key roles in brokering business deals, mediating disputes, reconciling cultural misunderstandings and conflict, and providing policy and legal consultation services. They help to fill in the gap between local authorities and Chinese diplomatic missions.

As the Belt and Road Initiative pushes forward, the role of overseas Chinese Muslims requires more scholarly study. Will the rise of China strengthen or weaken the dual identity of Chinese Muslims? Will the transnational Chinese Muslim network continue to grow? Given the current situation in Xinjiang and the overall setback faced by religious minorities inside China, the future is largely uncertain. 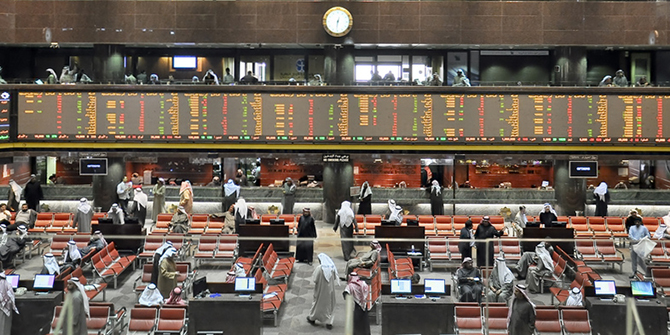 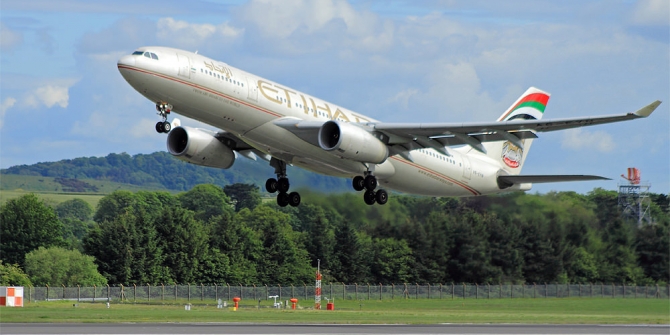