On 3 August 2014, the armed group, the Islamic State of Iraq and Al-Sham (ISIS), attacked the Yazidi community of Sinjar, in northwest Iraq. Within days of the attack, reports emerged of men and boys being executed; of women and girls, some as young as nine, being kidnapped, sold, sexually enslaved, beaten, and forced to work; and of boys ripped from their families and forced into ISIS training camps. In 2015 and 2016, the United States Holocaust Memorial Museum and the United Nations Independent International Commission of Inquiry on Syria released separate reports determining that ISIS was committing genocide, as well as crimes against humanity and war crimes, in its coordinated assault on the Yazidis of Sinjar.

The recognition of the crimes and the continuing push for justice flow directly from the bravery and sacrifice of the survivors. Some have spoken out publicly while many others have given their accounts confidentially to a range of statement-based documentation entities. Yet, almost five years later, a full understanding of the scale of the ISIS crimes against the Yazidis, and the identity of all the victims, remain unknown.

The paper analysed data from two independent sources. The first was a list of victims gathered by trained Yazidi enumerators, primarily from close family members and occasionally from more distant relatives, friends and neighbours, in camps for internally displaced persons in the Kurdistan Region of Iraq. The second source was a list of victims compiled by one of the few Kocho community leaders who survived the attack. Information on victims’ status – dead, missing, or rescued – is updated to August 2018. The data was, as detailed in the paper, screened, merged and validated. A dual system estimation was applied to determine the likely number of victims who remain uncounted.

The consolidated list of victims contains the names of 1161 people. The dual system estimation indicated that the total number of victims, including those who remain uncounted, is likely to be 1170. This accords with various testimony-based estimates of there being approximately 1200 people in Kocho at the time that ISIS entered. Kocho’s population appeared to be almost equally split along gender lines, with 579 (50%) of the identified victims being male and 582 (50%) female. The age of the identified victims confirmed Kocho’s young population age structure, with 301 (26%) being under 10 years and 558 (48%) under 20 years.

A demographic analysis of those who were rescued from captivity – a catch-all term governing a diverse range of situations through which abductees have been returned to their families – also revealed important insights into the diverse ways in which ISIS targeted Kocho’s Yazidis. The number of boys and girls under 10 years who were reported as rescued is 135 (86%) and 119 (83%) respectively. Among those aged between 10 and 19 years, 56 (41%) and 84 (69%) were rescued. Only 28 (10%) of the men aged 20 years and above were rescued. The number of those rescued was 161 (86%) among women in the age group 20–39; 39 (48%) among those aged 40–59. As one might expect, given the number of older women reported dead or missing, only 6 (12%) among those aged 60 years and above were reported as having been rescued.

Children and women of childbearing age were much more likely to have been kept alive in ISIS captivity and, consequently, to have the possibility of rescue. Following ISIS’s loss of territorial control in Iraq and Syria, the fate and whereabouts of the still-missing women and girls (as well as boys under the age of 7 who are more likely to have been allowed to remain with their mothers) remains a painful and largely unanswered question. Hope still remains, with reports of Yazidi women being rescued during raids on private houses in areas now liberated from ISIS. Recently, several Yazidi boys forced to fight with ISIS have also been rescued. Precisely how many survived the training and/or the battlefield remains unknown. Nevertheless, the data gathered by the Yazidi Victims Demographic Documentation Project indicates that more boys who were trained and made to fight as part of ISIS have survived than testimonial evidence has previously suggested.

The consolidated database resulting from the Yazidi Victims Demographic Documentation Project will assist in the identification of remains in mass graves as well as in the planning for and prioritisation of gender and youth-specific needs of members of the Yazidi community. It is also envisaged, and is an integral aspect of the methodological planning, that the Yazidi Victims Demographic Documentation Project will play a significant role in achieving accountability for the crimes ISIS has committed against the Yazidis. The paper’s demographic analysis and the underlying data provide reliable information of high probative value for use in criminal prosecutions before national, regional, and international courts and tribunals. The documentation project’s data is also capable of informing broader understandings of transitional justice, including material and symbolic reparations.

Valeria Cetorelli holds a PhD in Demography from the LSE and has extensive experience in population data collection, management and analysis. She is currently Head of Refugee Registration and Eligibility Services at UNRWA.

Sareta Ashraph is a barrister specialising in international criminal law and is currently the Senior Analyst with the UN Investigative Team to promote Accountability for Crimes Committed by Da’esh/the Islamic State in Iraq and the Levant (UNITAD). She tweets at @SaretaAshraph 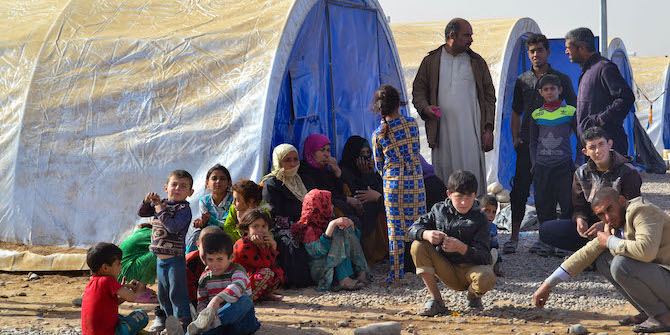 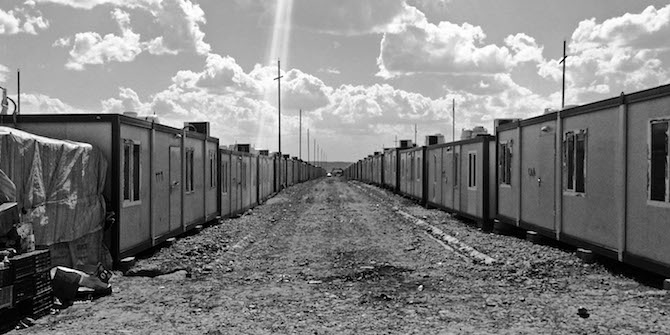 Bad Behavior has blocked 2098 access attempts in the last 7 days.