My stay in Morocco over the summer of last year to conduct field research on the the state of Moroccan national media following the pro-democracy movement of 20 February 2011 was buzzing with debate. From my meetings with journalists and media stakeholders, I have kept memories of long discussions filled with both enthusiasm and bitterness. However, I have especially kept the memory of my meeting with a young journalist who was particularity frightened and reluctant to give an interview.  He mentioned various reasons not to meet with me, among them work pressure, the cost of commuting and the difficulty of finding a suitable place to meet on a very hot Ramadan day. We finally managed to meet. Although I accepted his request not to record the interview and to present his testimony as anonymous, he was still very suspicious, asking to change his statements many times. He accuses his peers of betraying their profession by becoming the voice of moral and political denigration thus transforming national media into a platform for sensational trivial information, mostly rumours or for invasion of privacy. For this young journalist who once felt empowered as a journalist by covering the 20 February movement protests, frustration from the current conditions of the profession was immense.

When you discuss freedom of expression and media professionalism in Morocco, you continuously navigate between hope and despair, enthusiasm and apathy, confidence and fears. To the taboos enshrined in the constitution and which are strict red lines embedded in journalists’ practices – The Monarchy, Islam and territorial integrity of the Kingdom – additional limitations are imposed by the growing conservative trends in society empowered by the formation of an Islamic-led government.

Divisions among Moroccans are multi-layered: rich vs. poor, royalist vs. Islamic, conservative vs. modernist, French-cultured emancipated elite vs. conservative Arabic-speaking middle-class steadily gaining power… The Moroccan media reflects all these contradictions of the new Morocco under King Mohamed VI. For instance, the rise of the Arabic language press is reflective of this rising conservative middle-class and a sign of diversification of the Moroccan society away from the domination of French-cultured social and economic elite.

Amid these many paradoxes, exist both assets and handicaps. For example, the Moroccan media is growing more diverse but also constrained by politically and socially accepted topics.  If hot social topics are not taboos for the media anymore – especially for the new privately-owned radio stations – the solid conservative trends in Moroccan society mean that approaching these taboos will not be cost-free. However, addressing taboos – political or social – is not a priority for the majority of the journalistic body anymore. For instance, the application of a zero-tolerance policy towards breaking the fast in public during Ramadan did not spark much debate in the media. Also, the case of the arrest and trial of two women accused of ‘gross indecency’ for wearing short dresses in a rural area in south Morocco during Ramadan, left the Arabic-language press largely indifferent while triggering a wave of condemnation from the French language press.

A combination of legal sanctions and economic pressure has left the few critical media projects in a state of survival, trying to avoid sensitive topics at the heart of power, while discussing and criticising governmental policies. The threat of moral discredit, through legal cases based on personal affairs, could be considered as the strongest weapon to deter journalists from attempts to investigate what should be covered. Most of my interviewees delved into the nostalgia of what was for them the ‘spring’ of media and civil liberties when national media openly debated taboos including the King’s vast central powers. However, the window of change was soon to close. As one of my interviewees put it ‘when the new rule felt comfortable enough in asserting its power, there was no need for reforms anymore’.

Under Mohamed VI, the margin of public debate is much larger than what prevailed under his father, the late King Hassan II, known for his iron fist style of government and a very dark human rights record.   The national media industry has developed and diversified its operations under the allowed ceiling. Political reforms introduced in the new constitution of 2011 as a response to the demands of the 20 February movement, are viewed as sufficient by those who fear a change that would threaten the stability the Kingdom yet as highly disappointing by others who believe that the coercive features of the regime had not been dismantled and that the reform process is more a façade than reality.

Today, Moroccan journalists are back to self-censorship habits, because of fear, caution or conviction. Many topics are nearly impossible to investigate given the lack of transparency and the difficulty in accessing information. The exorbitant fines imposed in libel cases in relation to journalists’ work – along with prison sentences ­– are not compatible with the offense and are acting as a strong tool for deterring journalists and media organisations from doing their work. How can Moroccan journalists preserve the little gains made during the political reform period and embed them into their everyday practices?

My report produced by the LSE Middle East Centre presents the preliminary findings of my field research with journalists in Morocco. This report doesn’t attempt to judge but rather to understand, from the point of view of Moroccan journalists themselves, political and media reforms and the future of a profession in continuous mutation.

Fatima El-Issawi is Assistant Professorial Research Fellow at the LSE Middle East Centre, currently leading on a collaboration project with the American University of Dubai entitled ‘Arab National Media and Politics: Democracy Revisited’, looking at changes in media practices in traditional media industries in Morocco and Algeria. She is also Senior Lecturer in Journalism at the University of Essex.

Posted In: North Africa | Notes from the Field 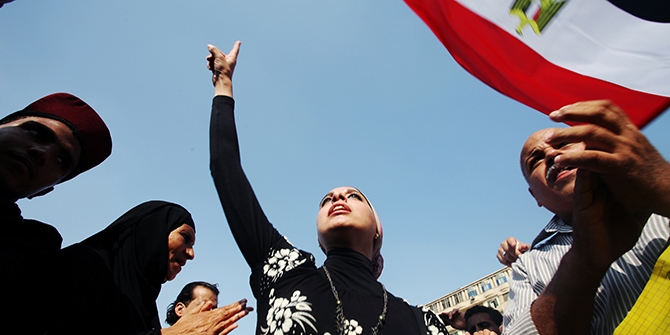 What Holds Next? The Politics of Disappointment 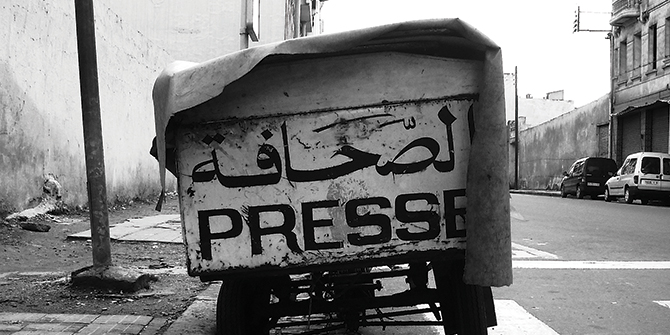 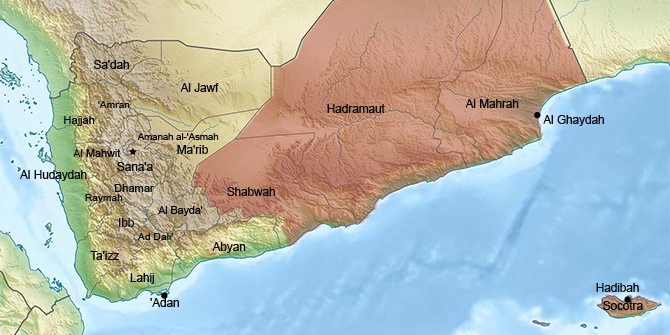