The ouster of two long-term presidents through popular uprisings in Egypt and Tunisia in 2011 quickly became a milestone event for scholars of Middle Eastern politics, very similar to the fall of the Berlin Wall in 1989 and the September 11 attacks on the World Trade Center in 2001. For a long time scholars in Middle Eastern Studies had concentrated their efforts on explaining the stability of authoritarian regimes. The so-called ‘persistence of authoritarian rule’ acted as an analytical and theoretical benchmark for many studies on the region, even for those more interested in social and economic reform, local governance and social movements. Despite several efforts to apply non-specific analytical frameworks and to integrate findings from area studies into the wider discipline, the politics of the region (and therefore the study thereof) was still branded as exceptional.

The uprising was a process of ‘mise a nu‘ (public self-assessment). It allowed for unprecedented inquiry into different actors and institutional arrangements. Three out of the many research trends that became very important might illustrate this. The first trend focused on explaining the dynamics of the uprisings, with a particular focus on the idea of ‘politics from below’; scholars following this trend sought to identify and categorise the different actors that played important roles in the uprisings, such as workers, women, various religious groups and unemployed graduates. By tracing the activities of these different sections of the population, scholars showed how each had already acquired important protest experience, and how these different protest cultures merged in the 2011 mass mobilisation. Once the protests started, for example, students and professors joined in large numbers, quickly sparking demonstrations on university campuses. Long confined by the regime to atomised, isolated pockets of protest, actors from various social backgrounds now became part of the vanguard of the uprising. This highlights how the rebellions changed our perception and the way in which we conceptualised the role of various actors. The uprisings made visible developments that had remained hidden before.

A second trend focused more on the issue of ‘politics from above’. The Egyptian army, which had long been off limits for researchers, suddenly became exposed to critical public examination through the act of seizing power. This opened new opportunities for intra- and inter-regional comparison of different coup-proofing strategies, and for the exploration of the confines of civil and military regimes. Another central actor whose role had been long obscured by semi-legality now became exposed to the light of investigation – Islamist movements’ and parties’ strategies became clearer once they entered the electoral race unrestrained, and proceeded to gain power. For a long time, scholars had described the Muslim Brotherhood as a moderate movement. Now researchers could test the moderation hypothesis with Ennahda’s ruling practices in Tunisia and Morsi’s presidency in Egypt. In different political settings, they were able to observe how broadly unknown political organisations would operate within an existing political configuration. However, Morsi’s short presidency in Egypt probably illustrated best that the moderation hypothesis was difficult to apply to a political setting where not all actors would accede to setting up a clear political framework.

To give a third example, researchers also rediscovered institutions including electoral processes and constitutional arrangements. In Egypt in 2011-12, elections were for the first time held in a relatively free and fair environment. This in turn facilitated access to opinion polls and relatively viable data on electoral turnout and results. Consequently, scholars could now engage – at least cautiously – in electoral sociology, whereas before they had mainly concentrated on the manipulation of elections under authoritarianism. Comparing constitutional change and electoral processes in Tunisia and Egypt was not only instructive in highlighting different paths of transformation, but was also a way to critically assess the literature on founding elections. Founding elections had played an important role in transitions from authoritarian rule in Latin America and Eastern Europe. Applying these findings to the Middle East now enabled scholars to add a new, critical perspective to the study of this issue.

Summarising these trends, one could argue that the uprisings contributed to a more comparatively informed study of Middle East politics. Scholars brought in fresh approaches from the broader political science discipline that previously had been only infrequently applied in Middle East studies. Studies on the mobilisation of diverse actors relied both on the literature on social movements and on comparisons with other revolutionary experiences. What many characterised in the beginning as a ‘Facebook revolution’ subsequently attracted the attention of scholars not intimately familiar with the region, but also convinced specialists in the area to experiment with new instruments. This contributed to the diversification of the research agenda in different disciplines.

Yet the debate over how to adjust the discipline to these new research opportunities is still in full swing. Despite the promising new trends described above, it appears that no new research agenda has so far been forged. As the revolutionary experiences in the various countries quickly developed along very divergent paths, Middle East scholars do not share the privilege of their colleagues working on other areas, such as the transitologists who studied the transition from authoritarian rule in Latin America in the 1980s using shared tools and a unified approach. The uprisings resulted in very different developments: from the negotiation of a new constitution in Tunisia to the ouster of an elected president in Egypt; from the brutal repression of demonstrations in Bahrain and Syria to foreign intervention in Libya and Yemen. Rather than approaching these different developments with a single set of theoretical tools, it appears crucial to emphasise their very specific contexts.

Today, the revival of the security state and an increasing fragmentation of the political order appear as the only common features in the region. While these trends are real, and while structuralist, non-culturalist explanations for the longevity of authoritarian regimes in Arab countries remain valid, it is worthwhile to remember how much the region and the field of Middle East studies have diversified. Even if more generalisable observations are necessary, micro-level developments should not be disregarded, especially with regard to the interplay of change and continuity in different sectors. This might, for example, help us to better understand that the new wave of repression is not simply a return to the old order, but that increasing mobilisation has rather been countered by a new and unprecedented spiral of violence. For Middle East scholars, the uprisings were a wake-up call to study developments not necessarily related to regime change. The major challenge ahead remains one of better integrating our studies into the broader political-science discipline while still paying enough attention to local contexts. To do so, scholars in the field will have to improve cooperation both with colleagues who are less familiar with the Middle East, and also with colleagues living and researching in the countries we are observing. 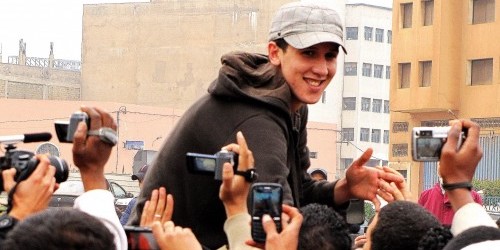