The Islamic State of Iraq and Syria (ISIS) has managed to position itself as the greatest global terrorist threat of recent years. The Salafi-jihadist organisation, which draws upon fundamentalist interpretations of Sunni Islam, has gained global notoriety through its exceptionally violent brand of terrorism. ISIS has long been tried to expand its sphere of influence in the Middle East and, to this end, planned and carried out operations aimed at recruiting a new generation of jihadists. Up until March 2019, when it lost its final piece of territory, ISIS had recruited thousands of young people from the West, with a high proportion of the recruits having been women. Despite this, the phenomenon of female involvement in violent extremism has been under-examined, and research into ISIS’s ability to recruit women, particularly those from Europe, has been inadequate. My research seeks to uncover the possible factors driving women’s motivation for fleeing their home countries and joining ISIS, as well as to understand the process of radicalisation.

In July 2018, the number of Western foreign fighters and civilians who joined ISIS had estimated at up to 41,490 people with 4,761 being women and 4,640 minors. Possible reasons for joining may have included the recruits’ search for a new identity, including the excitement and fulfilment of romantic optimism associated with this. Since the group’s inception in 2014, women and girls’ reasons for being drawn to the organisation revolve around the same factors as men’s: alienation, inequality, adventure and the attraction of a supposedly noble cause. There are no major gender-specific differences between women and men’s motivations, except for the slight difference where women join through involvement in a romantic relationship.

The typical profile of an ISIS recruit is a young, second or third generation immigrant living in a Western country. Recent cases have demonstrated that there are multiple factors which are inextricably intertwined. For evidence of this, we can turn to social media to understand women’s motivations. A considerable number of news stories have reported upon ISIS’ prowess in using social media to recruit teenage girls online.

In addition to this, particularly in the post-9/11 context, the media’s role in promulgating exaggerated and derogatory depictions of Muslims and Islam in newspaper headlines has contributed to an atmosphere where ordinary Muslims face demonisation. Foreign fighters point to constant threats against Muslims and spread images that depict ‘the West’ as ‘the enemy’. In this propaganda war, ISIS deploys antagonistic terms such as ‘non-believers’ who it claims are engaged in a war against Islam. ISIS has been particularly successful in this endeavour. It has curated a large body of propaganda including images of injured Muslim women and children after violent attacks. Through this documentation of the global oppression of Muslims, they encourage their followers to subscribe to a worldview of ‘us versus them’. The more the persecution continues, the greater the anger of the group’s (primarily young) audience, with ISIS neglecting to provide any context for such images. Given the narratives of ‘fundamentalist Islam’ have already been developing for more than forty years, young people may find the arguments of these religious movements very convincing.

Pull factors also act to indoctrinate these women into subscribing to jihadist ideology, to the point where women are willing to leave their homes and make Hijrah (emigration) to join the caliphate. Unlike the push factors, pull factors revolve around positive notions about building utopia, the so-called ‘Caliphate’. The intense pull-factor ISIS recruitment propaganda plays upon this naïve romanticism. As more women joined the group the phenomenon of the ‘jihadi bride’ emerged. Migrants intent on travelling to the group’s territory were informed that they would be expected to marry a fighter, and then given a role in their new home. For most women, this was simply to be a housewife and give birth to as many children as possible. ISIS considered family an essential concept in building the ‘caliphate’, primarily for the purpose of providing the next generation of fighters. This stipulation for women to function primarily as home-makers is shared by other jihadist groups, with Al-Qaeda’s 31-page Al-Shamikha (‘the majestic woman’) magazine, issued in March 2011, advising women to cover themselves, find the right man, and be sure to marry a mujahid (holy warrior).

Because women constitute half of the population – and one might even say that they are the population since they give birth to the next generation – the enemies of Islam are bent on preventing the Muslim woman from knowing the truth about her religion and her role, since they know all too well what would happen if women entered the field of jihad… The nation of Islam needs women who know the truth about their religion and about the battle and its dimensions and know what is expected of them.

Women sympathetic to ISIS deliberately seek to challenge modern Western-imposed gender norms, and furthermore emphasise their rejection of ‘Western feminism’. For ISIS, women who join the organisation are free to live Islamic lives without the restrictions of Western laws, and such narratives are an important driver of female radicalisation. The group have specifically targeted women and sell their message as one of empowerment. In reality, ISIS is a particularly misogynistic group that regularly engaged in sexual violence and kidnappings.

Fundamentally, radicalisation centres upon different individual characteristics. Push and pull factors help us to illuminate the various layers of the reasoning behind why some Muslim women are being lured by extremist propaganda and subsequently make the decision to travel to join ISIS. The profiles of those who do travel can help us understand the different motivations, backgrounds, radicalisation processes, experiences and individual roles of the women within ISIS.

Although women’s involvement in terrorist organisations spanning different ideologies is not a recent phenomenon, ISIS’ success in recruiting so many women has been unprecedented. A July 2019 study published by the International Centre for the Study of Radicalisation (ICSR) concluded that ‘52,808 international citizens’ (including up to 6,902 foreign women and up to 6,577 foreign minors) from 80 countries joined the group in Iraq and Syria. Perhaps most notably, ISIS has been skilled in communicating that their cause is not merely military, but is about building the new world order through the construction of an Islamic utopia. As such, women do not necessarily join to fight, but are attracted to the ‘brand’ of ISIS.

Europe is facing a new threat as radicalised individuals return. Despite the easing up of armed conflict in the region, there are estimated to be thousands of sleeper agents in the West who remain a potential threat. For some, such as Fawaz Gerges, as long as politics in the Arab and Islamic world remain fractured and unstable, it is likely that ISIS and like-minded groups will find opportunities to revive themselves. Given the high number of women who joined ISIS, only a complete understanding of the organisation might decisively create the conditions necessary for countering this form of terrorism.

Gulfer Ulas is a PhD Candidate at Kadir Has University, Istanbul and a former Visiting PhD Researcher at the LSE Middle East Centre. Her research interests include security, terrorism, radicalisation and gender, with a particular focus on foreign female members of ISIS. She tweets at @gulass 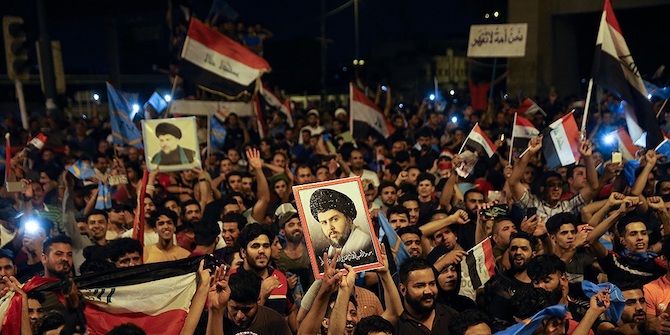 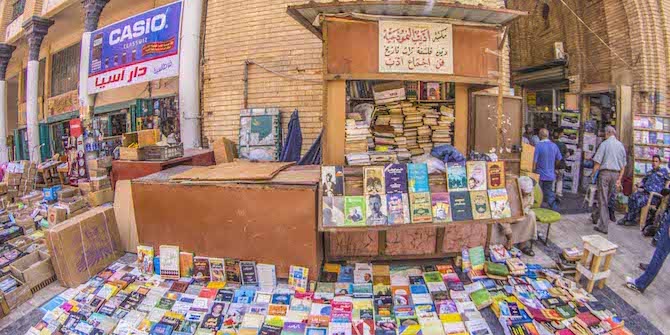 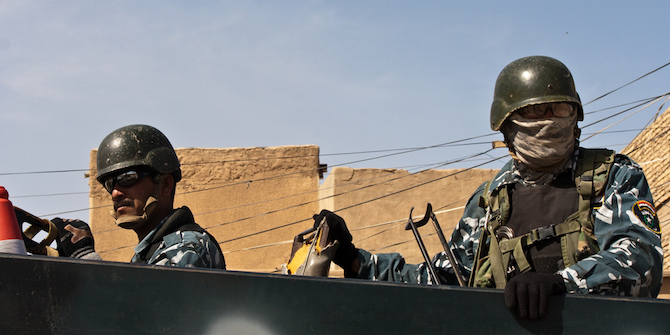 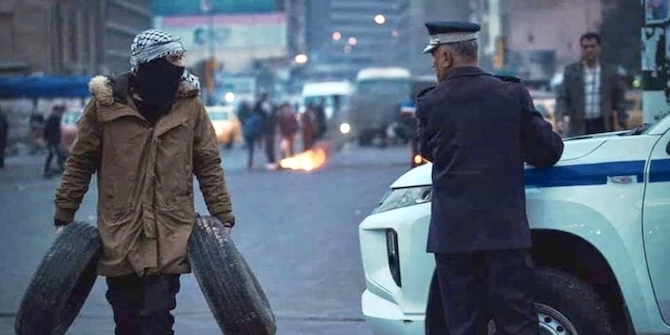