There have been growing signs in Iraq since summer 2018 that the process of devolving powers to local governments is being rolled back – and for justifiable reasons, many would argue. Parliament’s most recent decision to suspend all provincial councils is arguably the most flagrant attempt to curtail the role of sub-national authorities and raises questions about where the decentralisation process is headed.

The large-scale demonstrations that erupted in Baghdad and the southern provinces in October have forced Iraq’s political elite to respond with measures to placate protestors (so far unsuccessfully) including efforts to provide more government jobs to young people and pledges to distribute financial stipends to the most vulnerable in society. But arguably the most significant move so far has been parliament’s decision to suspend the work of provincial councils until new elections are held. This was done under the pretext of curbing rampant corruption in the country – a key demand of protestors – and local councils were viewed by parliament as primary abusers of power for personal gain. But notwithstanding the shaky legal grounds underpinning parliament’s authority to dissolve all provincial and district councils in one fell swoop, the decision appears to be part of a broader pattern to reassert federal authority and reverse the process of decentralisation.

When major demonstrations first began in Baghdad’s Tahrir Square on 1 October, it took parliament a week before it was able to convene. During that session, where members debated a series of reform measures that had been agreed on with the government, its first order of business was to decide in principle to pursue legal and legislative means to suspend provincial councils in order to ‘raise the standard of services and halt the real problems and violations in the provinces’, as Speaker Mohammed Halbusi put it. Three weeks later, parliament unanimously passed the motion, relying on an unorthodox application of Article 20 of the decentralisation law. The provision allows for parliament to suspend a local council on the basis of ‘gross dereliction of duties’ but the procedure had never been tried before. In an ironic turn of events, the government’s representative attending the parliamentary session was Torhan Mufti, who has headed the high-level committee tasked with implementing decentralisation since 2015. Asked if the government was in favour of this measure, he replied in the affirmative.

Parliament’s decision to exercise that authority to collectively disband all local councils was a bold move that will face legal challenges. Some provincial councils including Baghdad and Ninewa have refused to step down until the matter is resolved by the courts.

Although decentralisation was enshrined in Iraq’s 2005 constitution as a key pillar in the new approach to governance, the process of devolving powers to sub-national entities has faced many obstacles and yielded few positive results. When executive order 34 was issued in 2015 by former prime minister Haider al-Abadi, initiating the implementation of the decentralisation law, known as Law 21, Iraq witnessed a flurry of activity whereby political, administrative and even limited fiscal powers were transferred to provincial authorities. But even before parliament’s decision last month, there were signs that this process was unravelling.

Three earlier trends pointed to the gradual reversal of decentralisation, namely, amendments to Law 21 that reinstated some federal powers that had been initially devolved from Baghdad; a series of legal challenges initiated by local authorities that were ruled in favour of the federal government; and the ever-growing political discord within provincial governments that has created space for federal authorities to intervene in their affairs.

The original version of Law 21 decentralised 8 federal ministries, giving local governments significant administrative control over them. But after much controversy over the performance of ministries under local control, the third and most recent amendment to the decentralisation law that was passed in May 2018 reinstated Baghdad’s full authority over the two key ministries of Health and Education, creating much confusion. In June 2018, the governor of Salahadin province filed an appeal to the Supreme Court against the amendment, noting that powers had already been transferred and that the changes would weaken the decentralisation process and consequently the ability of local authorities to do their jobs. But the court ruled that there was no constitutional irregularity and that federal authorities had acted within their jurisdiction.

There are numerous other cased whereby provincial governors and local council leaders have sought legal recourse through the Supreme Court to protest perceived infringements by federal authorities. In almost all cases, the court has upheld the actions of federal authorities and deemed them to be constitutional. When the Iraqi parliament voted in favour of sacking the Governor of Mosul following the infamous ferry disaster in March 2019, the ousted governor appealed to the Supreme Court on grounds that Article 7 of Law 21, which permits a majority vote in parliament to remove a sitting governor, was unconstitutional. The Court ruled that there was nothing irregular about Article 7 because governors are considered government employees within the executive branch and can therefore be impeached by the legislative branch.

The political turmoil that has gripped almost every local government has also contributed to weakening of confidence in decentralisation. Across the board, governors have failed to harness their new powers to bring about tangible improvements to livelihoods, often opting to concentrate power within their office rather than delegating it to the correct local authorities. Decentralisation is designed to bring decision-making closer to the average citizen but provincial governments have largely failed to exhibit the sort of transparency that would build public trust, such as undertaking public consultations when preparing annual budgets – a responsibility enumerated explicitly in the decentralisation law.

The legal status of governors has also been challenged by their political rivals. Up and down the country, governors have been impeached by their respective provincial councils, whose members are now into the sixth year of a four-year term. Accusation of mismanagement and corruption are rife as political tensions escalate. This has created greater impetus for parliament and other federal bodies to intervene in local affairs.

These key trends have been compounded by an overwhelming perception that decentralisation has failed to bring about its intended goal, namely enhancing the delivery of basic services at the local level. The current political climate offers an important moment of reflection about whether the decentralisation process can be salvaged and how provincial elections could reconstitute a sense of legitimacy for local authorities.

However, parliament is now debating fresh amendments to the provincial elections law, which was already amended as recently as July this year, and the Cabinet’s recent decision this week to postpone local elections, which had been set for April 2020, creates space for parliamentarians to debate whether provincial councils should be scrapped altogether. 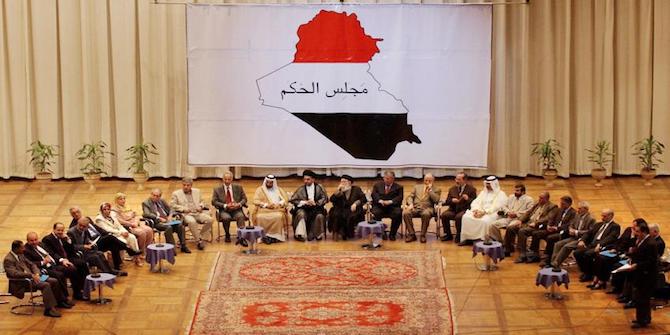 Bad Behavior has blocked 612 access attempts in the last 7 days.