By March 2020, the UAE had already delivered medical aid to Iran twice during the COVID-19 outbreak in the country. As of 6 April 2020, Iran had officially recorded the seventh highest number of reported cases globally (after the US, Spain, Italy, Germany, France and China) at 60,500 with 3,739 deaths. Though the UAE has been the largest aid donor in the Arab world since 1970, its recent gesture remains remarkable, demonstrating that it has, temporarily at least, put aside its tense diplomatic relations with Iran to instead prioritise the protection of human life in such challenging times.

For the past twenty years the UAE has considered Iran’s foreign policy a serious threat to regional security. The Middle East’s insecurity – a result of several factors including the US-led coalition invasion of Iraq, instability during the Arab Spring, and the rise of Sunni extremism – have assisted Iran’s military and political goals, and led to the formation of a ‘Shi’a Crescent’ connecting Iran though Iraq to Syria and Lebanon, using its sectarian groups and proxies. The UAE initially responded to these security challenges through diplomatic channels, in 2014 designating as ‘terrorist’ groups including the Iranian-backed Hezbollah (in which they were joined by Arab League, the GCC, the US, the UK, Canada, Israel, the Netherlands, Bahrain, France and New Zealand) and the Houthis (as did Saudi Arabia, with some individual representatives included by the US and the UN). Moreover, Abu Dhabi supported Riyadh after the 2016 storming of the Saudi embassy in Tehran by downgrading diplomatic ties with Iran. It also joined the Saudi-led coalition in the war in Yemen. These actions stemmed from a united Saudi-Emirati threat perception regarding Iran, which has pushed them to strengthen their military presence in the Horn of Africa. The tensions between the UAE and Iran reached a peak when Iran was blamed for attacks on four oil tankers off the Emirati coast in July 2019.

Despite this political tension, during the coronavirus outbreak the first Emirati aid package, combined with that of the World Health Organisation (WHO), was delivered to Iran on 3 March. This included 7.5 tonnes of medical supplies and five WHO experts. UAE Foreign Minister Shaykh Abdullah bin Zayed stressed, in a phone call with Iranian counterpart Javad Zarif, ‘the importance of collective work and efforts to survive such global challenges’. The next day, two aircraft left Abu Dhabi carrying over 32 metric tonnes of medical supplies and equipment, including thousands of surgical masks, gloves and protective equipment. The foreign ministry stated, ‘the initiative came within the framework of the UAE’s cooperation with countries experiencing an outbreak of COVID-19 in order to strengthen global efforts to curb the virus’s spread’, while another official pointed to the UAE’s ‘founding humanitarian principles’. The UAE’s active approach in the global response to COVID-19 has included providing medical supplies like face masks and gloves to Wuhan, the Chinese centre of the outbreak. The Emirates also dispatched an urgent aid shipment containing 20,000 testing units and equipment to Afghanistan. A number of EU states (including Croatia, Greece, and Italy) have also received medical supplies from the UAE. Pakistan, Seychelles, and Serbia are among other recipients of its foreign aid. Moreover, aid flights have followed as a result of the UAE’s Homeland of Humanity Initiative, where 215 people of different nationalities were evacuated from China’s Hubei Province to the Emirates Humanitarian City in Abu Dhabi.

The UAE and its leadership received global recognition for its actions, with the head of the WHO, Tedros Adhanom Ghebreyesus, tweeting: ‘Thanks UAE and @MohamedBinZayed for your continuing support to the COVID-19 response. Solidarity among international communities is of the utmost necessity’. More significant still was another tweet, from Iranian Foreign Ministry spokesman Seyed Abbas Mousavi, that appeared to suggest the UAE’s actions could lead towards a possible softening of bilateral relations. Mousavi applauded the UAE, as well as Uzbekistan and the United Nations’ UNICEF, for their support: ‘My country is sincerely thankful for these humanitarian efforts and will never forget the way they stood with Iran in hard times’.

It seems that further improvement of relations will be possible only if Iran modifies its policies in the region – the main concern of Iran’s Emirati counterparts. Even were Iran to intend to continue to pursue its political objectives, it would need the economic capacity to do so. Coronavirus is undoubtedly having a devastating impact on the Iranian economy, already severely strained by US sanctions, corruption and mismanagement. States in which Iran holds influence, such as Lebanon, are also facing the impacts of COVID-19, and even before the outbreak Lebanon was experiencing major protests due to an ongoing political and economic crisis. These factors may combine to force a change in Iran’s policies, but this would be a prerequisite for the Emirati COVID-19 medical aid to signal the beginning of softer bilateral relations with Iran.

Balancing Adversaries: Russian Policy in the Gulf and the Role of Russian Muslims January 2nd, 2020

Yemen: Background to the Manufacture of a Proxy War 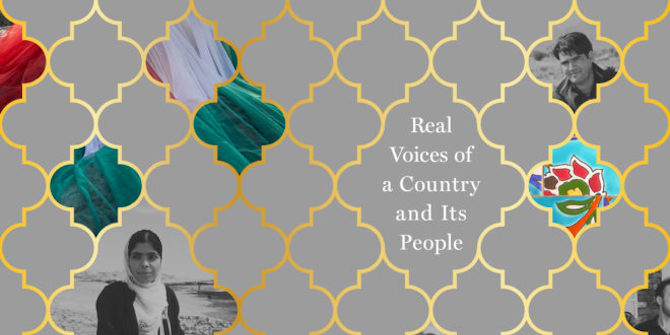