In times like these the disastrous effects of inequality are brought to the fore. Those at the margins of society are at higher risk of infection, including the homeless suffering from poor nutrition, those lacking access to good hygiene and those with weak immune systems. The coronavirus pandemic has the poor fearing for their lives, again showing how inequality kills. In Egypt, income inequality is rising, with the gap between the rich and the poor widening. While official poverty rates indicate national poverty levels to be 32.5 percent, the World Bank estimates that 60 percent of the population are poor or vulnerable. Inequality across regions is sharp; poverty levels in Egypt’s poorest villages are as high as 81.7 percent.

An essential component of risk mitigation is social distancing: while the rich are fleeing to their summer houses in Ain El Sokhna and the North Coast or are working from home to protect themselves, the poor simply can’t afford to do so. It’s not only that they can’t escape the virus, it’s that they have to engage in employment that puts their health at risk. For the impoverished masses, overpopulation and the consequent crowding is a fact of everyday life. Social distancing is simply not a viable option for people living in highly crowded areas or slums, using crowded public transportation, and queueing in long lines for food and basic necessities.

The government encouraged residents to stay at home and imposed a night-time curfew on 24 March for two weeks and penalties for violators include a fine of up to 4,000 Egyptian pounds (LE). The rich keep safe from the comfort of their homes with well-stocked fridges and high-speed internet, while their incomes remain uninterrupted. Egypt’s precarious workers need to leave the house to earn money – staying at home would mean not working and thus forgoing income that they desperately need for survival. In the UK, for instance, the government has pledged to pay 80 percent of the wages of those who are not working because of the virus. Thus they are given a choice, where they may stay home for their own health and that of others. For the Egyptian poor it’s simply a trade-off between these health concerns and their very survival.

Egyptian celebrities have taken to social media calling for people to stay home. In a viral video, a low-income woman angrily responds by pointing out how selfish it is for celebrities who have millions to call for those living on the margins to stay at home. ‘My husband earns day-by-day, we live from hand to mouth, what should we do? If he stays home for a week, how can we feed our children? You need to give us something to live off, so we can stay home. If the government wants us to stay at home for 15 days, how can people afford to eat and drink?’ The women expressed the fears, thoughts and anguish of low-income workers who are the hardest hit by the crises.

The Ministry of Manpower announced grants of 500 LE for each worker affected, yet the grants were limited to irregular workers and were insufficient given rising prices of basic necessary goods. They announced the number of irregular workers they would compensate to be 2.3 million, yet ILO statistics show that informal workers constitute 20 million (63.3 percent of total employment) in the country. Temporary, casual and informal workers are explicitly excluded from legal social security coverage.

The health impact of the disease differs among different social classes. The Egyptian public healthcare system is weak – it lacks the necessary tools, expertise and infrastructure to diagnose and treat patients – which makes it particularly vulnerable to a quickly spreading illness. Egypt’s health sector has been suffering from decades of mismanagement and corruption – issues which drove many of the protests during the 2011 uprising. The type and quality of healthcare in Egypt depends heavily on one’s income, gender and location in rural or urban areas.

Although the constitution of 1952 pronounced free medical care as a basic right for all Egyptians, the government’s expenditure on health has been declining over the past two decades. Compared to other middle-income countries in the Middle East, Egypt spends the least on health, devoting only 5.1 percent of GDP. Households bear nearly 72 percent of healthcare spending which creates sharp disparities between health spending (as a percentage of income) among poor and rich households. Statistics show that Egyptians in rural areas have less access to health care than those in urban areas, with acute uneven distribution in the health workforce, and rural and remote areas suffering particularly from understaffing. Rural governorates have less physicians of various specialties and a lower skilled health workforce compared to urban governorates, which furthers urban-rural inequality.

Unequal accessibility of quality healthcare will have detrimental effects on Coronavirus patients in rural areas who, due to low investment in healthcare infrastructure and high costs for existing treatment facilities, are likely to suffer the most. The rich, conversely, can rely on their clean, highly effective private hospitals to keep them safe if they do contract the virus. The health of those living in poverty is considerably worse than the more affluent in Egyptian society – child mortality is twice as high among poor households and Hepatitis-C is more prevalent in rural areas and among poorer households. As COVID-19 carries greater risks for people with underlying health conditions, deprived communities are both more likely to catch the virus and face a greater risk of serious health complications as a result.

In response to the crisis, on 29 March 2020 Egypt’s central bank instructed all banks to apply temporary caps on daily withdrawals and deposits. An economic crisis will affect the impoverished the most. Two of the country’s main sources of income – tourism and remittances from citizens working abroad – are likely to be hit hard in any global recession. Given that the economy is currently one of the region’s most vulnerable, economic losses through a decline in stock market prices, halted production, closed borders, and cancelled flights are likely to induce a huge potential economic fall-out and spill-over effects. The share of the population living below the poverty line has been rising and the economic inequality between rural and urban populations has been growing, and there is thus growing fear that poverty and hunger will consequently rise and exacerbate an already pressing issue.

This pandemic is teaching us that alongside a global response system, persistent problems in developing countries need to be addressed first to increase resilience to worldwide epidemics. A persistent challenge for the government of Egypt is to close regional and socioeconomic disparities. Poverty reduction strategies need to be implemented, prioritising better education and better employment opportunities. The government will have to increase its national health budget and restructure healthcare system to extend quality health care services to rural areas. Only through eradicating poverty can we ensure that no one is left behind.

Yara Fathalla completed a BSc in Business Management at King’s College London and an MSc in Development Management at LSE. She's currently a Business Development Analyst working in the private sector in Egypt, and is looking for opportunities within International Development. She previously consulted for Adam Smith International and interned at UNDP Cairo. She tweets at @FathallaYara 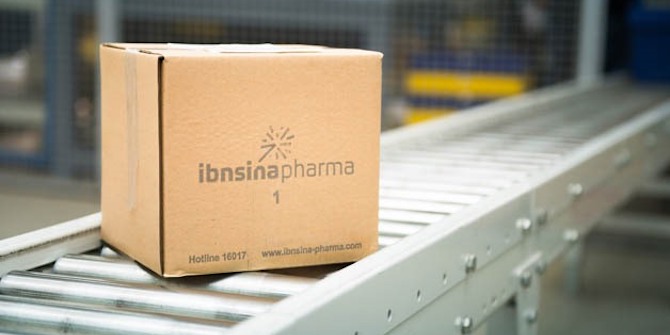 Bad Behavior has blocked 2290 access attempts in the last 7 days.