In early April, the US State Department released a ‘fact sheet’, entitled ‘Iran’s Sanctions Relief Scam’, in which it dismisses Iran’s appeal for humanitarian trade. The document begins with President Donald Trump’s quote: ‘I think the Iranian [people] love America. I think they’d love to be free…They love what we stand for…if they need help with respect to the virus, we have the greatest medical professionals in the world. We’d love to send them over’.

Iranians may love America, but they do not love Trump. ‘He is a type of virus himself … he looks like the coronavirus, he is a combination of the coronavirus’, was how legendary Iranian filmmaker, Marzieh Boroumand described the American president. Boroumand is the director of Shahr-e Mooshah (City of Mice) based on Iran’s much-loved puppet show. In the 1986 movie, mice are forced to leave their hometown in order to escape a ravenous wild cat. Boroumand joined dozens of Iranian artists expressing concern over Iran’s ‘real-life enemy’: President Trump. In an open letter to their global counterparts, a group of renowned Iranian artists wrote, ‘The people of Iran are now facing the corona crisis that you are aware of, as well as the crisis of “Unjustly Imposed Sanctions” [sic] that you might not be aware of…it is important to know that when our large numbers of infected are waiting for their turn and facing shortages of medical supplies, what do you think?’

Trump’s ‘maximum pressure campaign’ has hindered Iran’s efforts to import medicine and medical equipment. A form of collective punishment, the campaign has politically distanced Iran and Iranians from the rest of the world. The latest instalment was US rejection of Iran’s request for a $5 billion emergency loan from the IMF. ‘Medical terrorism’ was the term President Hassan Rouhani used to describe Trump’s economic warfare at a critical time when a host of sanctions have hampered the country’s efforts to curb the outbreak.

As US sanctions hinder the country’s access to drugs and medical equipment, three local Iranian firms have started production of the Iranian version of the antiviral drug ‘Favipiravir’. Ali Akbar Velayati, currently the head of Iran’s Masih Daneshvari Hospital, and senior advisor to the Supreme Leader announced, ‘Fortunately, Favipiravir was produced for the first time at Shahid Beheshti Medical University’s School of Pharmacy and has been made available to the Daneshvari hospital for the treatment of coronavirus patients’. In mid-March, Velayati himself tested positive for the virus.

Once referred to by a US-based think tank analyst as ‘the man who actually runs Iran’s foreign policy’, Velayati memorably referred to Trump’s Palestinian ‘deal of the century’ as ‘political suicide’. That he and many other senior Iranian officials have contracted the virus, including Speaker of the Iranian Parliament, Ali Larijani, has spawned a web of conspiracy theories. Hassan Nasrallah, Secretary-General of Lebanese Hezbollah stated, ‘My brother, Mr. Velayati, has not been infected with coronavirus because of being the Top Adviser to the Leader of the Islamic Revolution; he is infected as he is the head of a hospital in Tehran that is at the forefront of confronting the virus’.

Indeed, Iran is confronting a war on two fronts, with the one at home resulting in over 70,000 coronavirus cases and over 4,300 deaths. As stated by the WHO’s Director General, the pandemic can only be controlled if we put political differences aside. Some have taken heed of this advice. In a letter to Trump, senior US Democratic senator Dianne Feinstein stressed, ‘It is in our national interest, and in the interest of international security, to help Iran’. The EU has also been forthcoming, by activating the INSTEX non-dollar direct payment channel for the first time, thereby enabling the export of medical devices from Europe. The Vatican has expressed sympathy with the Iranian people, and communicated concerns over the impact of sanctions with US officials in the UN following a letter by the head of Iran’s Islamic Seminaries, Alireza Arafi.

All the same, time is running out, according to an article in The Lancet titled, ‘Economic Sanctions and Iran’s Capacity to Respond to Covid-19’. The article explains that Iran’s capacity to respond to the virus has been substantially impeded by US sanctions that were re-imposed after US withdrawal from the 2015 nuclear deal, and further US sanctions imposed as recently as 18 March 2020. Whilst the authors do acknowledge that some countries and political figures have recognised the need to ease sanctions on Iran, they warn that the call to do so has achieved little global traction.

The country itself is rapidly adapting to the circumstances, and while $5 billion would come to good use, Iran will not starve without it, as Rouhani underscored. Recently, Supreme Leader Ali Khamenei hailed Iran’s ‘shining battle’ against coronavirus. More a pragmatist than a preacher in the face of the pandemic, Khamenei appealed to Iranians to pray at home during the Muslim holy month of Ramadan. He urged people to avoid mass gatherings, such as collective prayers during the fasting month due to begin in the last week of April.

The country has taken other creative measures to mitigate the crisis. For example, commercials for the mobile application Kipod suggest that in lieu of paying a visit to family members, as is customary during the Persian new year (Nowruz) holidays, why not give them an eidi (the traditional cash gift) in the form of a cash transfer through Kipod. On the homepage of the application’s website ‘kipod.ir’, there is an icon with the message: ‘stayhome’ – a simple message that today resonates globally. Though simple, it demonstrates the interconnectedness of humanity. While Iranians can and should stay at home, Iran cannot be permanently quarantined from the world.

In these strange times, the recent message delivered by Spanish Prime Minister Pedro Sanchez is particularly poignant in Iran’s case. The quote belongs to the thirteenth-century Iranian poet Saadi: ‘Human beings are members of a whole, in creation of one essence and soul. If one member is afflicted with pain, other members uneasy will remain. If you have no sympathy for human pain, the name of human you cannot retain’. 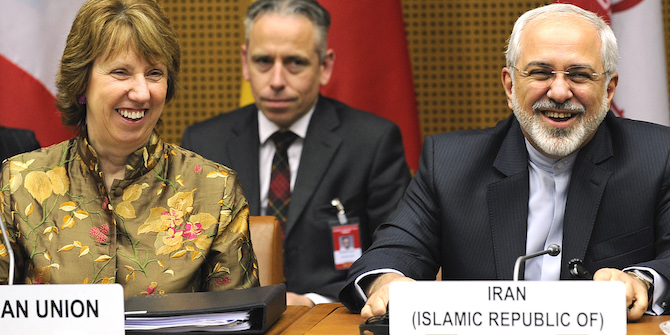