Romina Ashrafi was 14 years old when she was murdered by her father for running away from home with her 35-year-old boyfriend. The horrendous crime sparked outrage in Iran. To understand why such crimes happen, we need to look at Iran’s state-sanctioned interpretation of Islam and the type of masculinity it promotes.

Honour-related crimes are embedded in a patriarchal culture which views women as representing a family’s honour (namus/sharaf) whose protection is bestowed upon men. A man’s honour is perceived to be damaged if one of his female relatives engages in an illicit sexual relationship. He will usually come under pressure from his own community to regain his honour by killing the women who has transgressed the sexual code of conduct. Such notions of honour, which renowned Moroccan writer Fatima Mernissi describes as ‘locat[ing] the prestige of a man between the legs of a woman’, have resulted in a considerable number of honour killings in the country. The Iranian regime has promoted its own version of hegemonic masculinity to uphold the patriarchal social order upon whose survival it depends. Its archetype is a devout Muslim man who abides by the government interpretation of Islam and has a strong sense of honour and protectiveness towards his female siblings and other close relatives.

Yet, Iranian society has changed dramatically over the past four decades. As Haleh Esfandiari points out, the status of women in the post-revolutionary era is a complicated and contradiction-ridden issue: ‘women are oppressed and confined in many ways. Yet, at the same time they are very much in the public sphere and part of a civil society that is reemerging and stands apart from and against the state.’ For example, educational attainment significantly improved after the revolution, especially for women, with the gender literacy gap rapidly decreasing. In 1978 (before the Islamic Revolution), over 60 percent of the Iranian female population was illiterate, whereas by 2015 the literacy rate had surpassed 80 percent, nearly on a par with men.

However, a major challenge for further progress is the Islamic regime’s systematic discrimination and violence against women. The Iranian state’s political Islam has emboldened more conservative strata of society, which in turn has led to far reaching implications for women in both their public and private lives. The regime has used all means within its control to propagate strict gender roles which confines women to the domestic sphere. Despite all its efforts to encourage patriarchy and traditional gender roles, there has been a gradual relaxation of social and familial restrictions on women over the past three decades. That said, women are largely expected to respect the codes of honour and to protect and maintain their virginity before marriage.

Before the 1979 revolution, women’s rights activists had made significant achievements towards gender equality. Among the successes were the reforms in the domain of family law. The Family Protection Law, revised in 1975, gave women the right to ‘participate significantly in her own marriage, divorce, and decisions about her children, particularly the custody of her children in case of her husband’s death.’ However, the Islamic Republic considered these pro-women laws to contradict the Islamic Sharia and hence reversed the process. After the revolution, women’s gains over the past five decades were eradicated one after another. Under the new regime, women became subject to all sorts of gender discrimination. The revolutionary government made the hijab mandatory for all women in 1983, and forbade married women from travelling outside the country without prior permission from their husbands.

Although more than 50 percent of university students are women (according to official statistics) and they are becoming more involved in the political process and decision-making, there continue to be major obstacles to finding work. Women make up only 19 percent of the workforce. According to the 2006 national census, ‘some 33% of Iran’s female labor force is in professional jobs, concentrated in education, healthcare, and social services’, with less than 4 percent in senior, executive or managerial positions. Now 14 years later, Iranian women still suffer from discriminatory policies. The majority of women still have little choice but to get married and become housewives. Women are barred from becoming president and are largely excluded from key positions in government. This institutionalised discrimination has made Iran one of the world’s worst places to be a woman, placing it at the bottom of the World Economic Forum’s 2020 Global Gender Gap ranking (148 out of 153).

Furthermore, women’s lives are not even sufficiently protected by law. Domestic violence is considered a private matter in Iran, particularly as Iranian law considers women and children as property of their male relatives or spouses. Under the law as it stands, Romina’s father would face a sentence of between 3 and 10 years if found guilty. This is extraordinarily lenient in comparison with many other countries where an offender would be given a life sentence for committing the same crime. Romina will not be the last to face this gruesome fate unless wide-ranging reforms are made in areas such as education, representation of women in the media, and the host of legal restrictions women face in security, employment, political participation, and individual freedoms. This remains very unlikely unless a new political landscape takes shape which acknowledges pluralism and gender equality.

Kaveh Ghobadi received his PhD in Kurdish Studies in 2016 from the University of Exeter. He has published works on Kurdish fiction and gender. His main areas of research interest are Kurdish culture and literature, cinema, gender, and Kurdish nationalism. He is currently a Middle East consultant based in the UK.

Iraqi Women are Engaged in a Struggle for their Rights June 15th, 2020 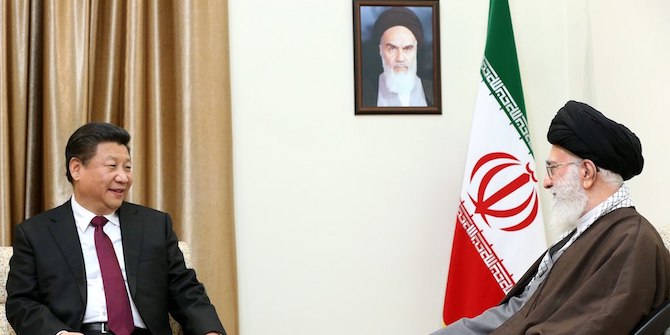 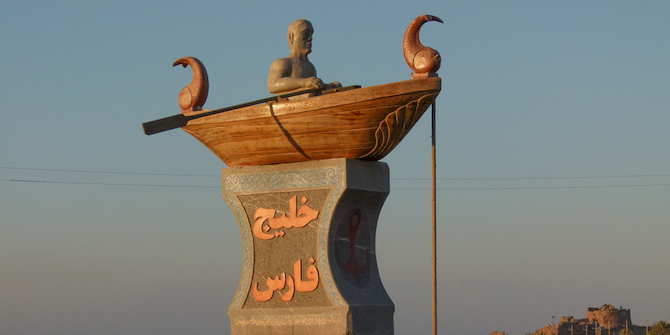