by Christian Siderius and Declan Conway

Recovering some lost ground, oil prices are still well below what they were at the beginning of 2020. Reduced demand due to the impact of COVID-19 lockdowns on the global economy and uncertainty about the future of oil are the main causes. Share prices in traditional fossil fuel companies have slumped accordingly.

Countries that depend on oil exports, such as the Gulf states, brace for impact. The last time crude oil prices were this low, around 2016, it led to significant budget deficits. In the Gulf states, rents from oil extraction support many of the basic services people rely on, such as the capability to desalinate seawater for drinking water. In a recent study, just published, we explored the strength of this dependency and the trade-offs with other closely linked sectors, in particular water and food – in what is often called the ‘water-energy-food’ nexus. This framing recognises the interdependencies that arise from energy use for water (like pumping groundwater, and desalination), water use for food (irrigation is hugely water intensive) and so on.

Using data from global databases and country sources, we quantified this nexus in three Gulf Cooperation Council (GCC) countries, Kuwait, Qatar and Saudi Arabia, across different spatial scales and over time, from the year 2000 onwards. We found that, within countries, trade-offs are actually fairly limited; water desalination does require considerable amounts of energy, but overall the requirements for water and food production are modest compared to other uses such as transport or the cooling of buildings in these countries. And while there are issues of water scarcity, with oil production consuming groundwater, this in itself does not constrain agriculture and does not directly compete with drinking water, which demands a higher quality.

Revenues from oil exports in the GCC allow the region to compensate for low food production and scarce water availability. This dependency is dynamic over time, increasing when oil prices are low and food prices are high. We show how reducing domestic trade-offs can lead to higher exposure internationally, with high volumes of rice imports originating in regions such as South Asia where groundwater is being depleted at an alarming rate. However, Saudi Arabia’s increased wheat imports, after it reversed its food self-sufficiency policy in 2006, realising it would run out of groundwater in a matter of decades, have had limited effects on groundwater depletion elsewhere. Imported wheat can grow in rainfed conditions in exporting countries such as Canada or Germany. In this instance, with reduced negative externalities in source regions, globalisation of food supply networks have helped reduce domestic nexus trade-offs.

Post-COVID-19, demand for oil might recover, but for how long? We also looked at future international climate policy and its implications for oil and gas revenues. Attempts to reduce greenhouse gas emissions in order to achieve the ambitions to combat climate change as expressed in the Paris Agreement or to account for the social cost of carbon may influence demand for oil – and/or its price. Current low demand and corresponding oil revenues may give us a glimpse into such a future: one in which demand is suppressed through carbon pricing and taxation lowers oil revenues. In such a scenario, the cost of food imports as a percentage of total cost of carbon-corrected oil revenues could easily double.

While the speed of the transition to a more sustainable society and the role of the economic recovery stimulus of the COVID-19 pandemic in this transition is still unclear, our analysis is a kind of ‘stress test’ of the three countries’ reliance on oil revenue to subsidise other nexus sector requirements. Change will not be easy. GCC states operate a political economy as ‘super-rentier states’, and the role of resource subsidies in the social contract (cheap water, energy and food) in legitimising non-democratic governance therefore greatly constrains the political incentives and decision-making space for resource allocations within sectors and society.

There are promising signs, though. Qatar’s first utility-scale solar project will be built for what is said to be the lowest-ever price and Saudi Arabia expects a world record-low cost of electricity from new onshore wind farms. According to the International Energy Agency, renewables will be ‘the only energy source likely to experience demand growth across the remainder of 2020’. The potential for both solar and wind energy is high throughout the Gulf region and most other Gulf states have similarly high renewable energy ambitions.

Cheaper renewable energy will lower the costs of desalination, but it will not end the region’s dependency on food imports. But located between Europe, the upcoming economies of East Africa and densely populated South Asia, there will still be ample opportunities for Gulf states to trade energy – this time, renewable – for food. Before oil, the Gulf had dust storms, scorching sun, and an ideal location for trade. These factors could, again, shape the region’s future.

Christian Siderius, formerly of the Grantham Research Institute for Climate Change at LSE, is now an independent consultant at Uncharted Waters Research in Sydney, Australia. He tweets at @ChrisSiderius

Declan Conway is a Professorial Research Fellow at the Grantham Research Institute on Climate Change and the Environment at LSE.

COVID-19's Implications for Foreign Labour Outflow in Kuwait May 19th, 2020 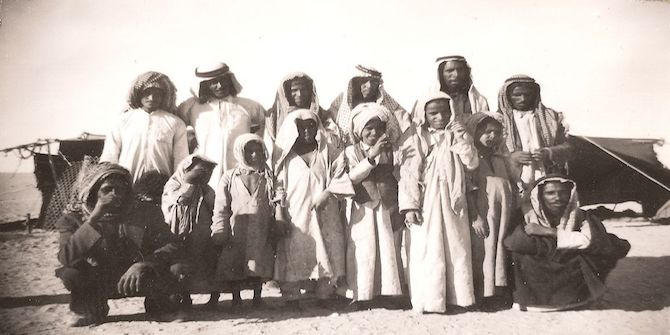 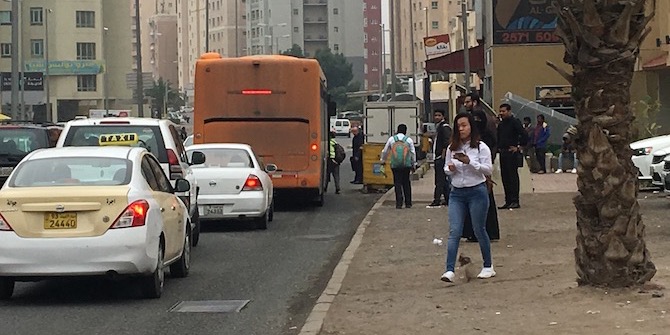 Bad Behavior has blocked 1867 access attempts in the last 7 days.