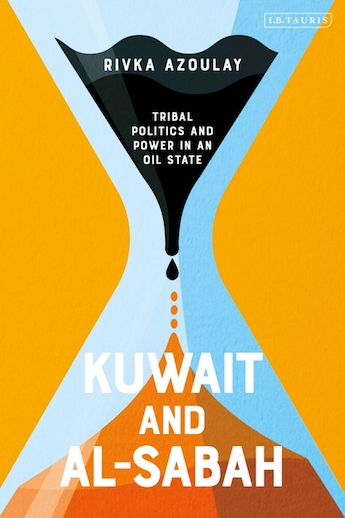 ‘Oil monarchies have a particularly deep historical memory. With regimes not having experienced revolutions and with political legitimacy based upon the preservation of the old communal order in a semi-corporatist way, oil revenues allowed to perpetuate or reinvent old alliances and identities in a path-dependent process over time.’ (Page 38)

Rivka Azoulay’s Kuwait and Al-Sabah: Tribal Politics and Power in an Oil State is a welcome addition to the literature on Kuwait. This long-awaited book is a historical analysis of the nature of Kuwait’s Al Sabah ruling family’s political authority since 1716.

Azoulay’s main argument is that the country’s modern politics are structured by a tribal authority system in which the Al Sabah rulers co-opt groups at the periphery of power to counterbalance Kuwait’s Najdi merchants with whom they share power and kinship. Azoulay applies two aspects of Ibn Khaldun’s conception of ‘asabiyya – tribal and social solidarity with lineage structuring power relations – to explain this system. The first aspect refers to the coherence of the ruling elite to act as a unified actor. The second facet of ‘asabiyya refers to the capacity of the ruling elite to maintain the support of the periphery (non-lineal friends or clients groups) who become essential allies in the ruler’s aim to consolidate power. To uphold the support, the regime relies on highly personalised patronage politics, mediated via regime dependent intermediaries.

Azoulay’s book is broken into three parts. In Part One, the author highlights how social and political life in Kuwait from 1716–1938 laid the foundation of the semi-democratic rentier state. She focuses on the development of the ruling bargain between hadar (urban dwellers), bedu (tribes) and Shi’ites. Her focus is on the role played by ‘non-core elites’, such as the Shi’a ‘Ajam merchants, who played pivotal roles as intermediaries and advisors to the Al Sabah (p. 55-56). The author then goes on to explain how distinct processes of communitization led to strict spatial segregation of these communities in neighbourhood units (firij).

The defining moment in this era is Mubarak Al Sabah’s coup d’etat in 1896, initiated by the fratricidal killing of his half-brothers and the lost support of the Najdi merchants (p. 60). Mubarak created ‘politics’ by strengthening existing fault lines and alliances with the non-core groups, giving the Shia merchants more access to the market and with Mutran and Ajmani tribesmen, often through marriage, who acted as a private army (fidawiyyin) and helped him crush opposition. By consolidating his rule, he set in place the Al Sabah dynasty and instituted succession rules between two sons, Jabir and Salim. Alliance-building with non-core elites came to a head again in 1938, when the authority of the Al-Sabah was seriously challenged again by Najdi merchant opposition and the first direct threat of Iraqi irredentism. Again, the ruler Sheikh Ahmed crushed the opposition with the help of the fidawiyyin and the Shia merchants.

In Part Two, the author focuses on the development of Kuwait’s rentier regime from 1961–1990 and how tribal and informal authority intertwined with statehood. Azoulay argues that the impetus for Kuwait’s semi-democratic system, vested in the Kuwaiti parliament comes not from the power of the merchant elite in the pre-oil setting or from democratic inclinations of benevolent rulers such as Abdallah Al Salim, but from the external factor of repeated Iraqi annexation (p. 113). The author argues that power-sharing was a consequence of the threat and that apart from Al-Salim’s rule, the Al-Sabah have largely acted undemocratically using oil revenues to act as patron for society via intermediaries (p. 114, 116, 120-121). Parliament was largely used as a forum for such patronage to avoid the creation of cross-cutting parliamentary opposition. At first, intermediaries were the same pre-oil era urban and tribal social elites but by the 1970s new leaders from middle-class backgrounds replaced the old elites, including the Qina’at, Persian Sunni merchants, Sunni/Shia Islamist groups, and tribesmen who benefited as peripheral constituencies. The author argues one can consider this system of informal rule as ‘both pyramidal and circular’: a hierarchy and ever growing circle of elites, groups or clans of new and old elites (p. 127).

Yet as the author describes, the periphery alliances began to fragment. Until the 1990 Gulf War, the Al-Sabah relied on Sunni Islamists, tribesmen and Shia merchants to bolster their power (p. 151, 157, 169-170). But with the integration of the tribe by the rentier regime, tribal shaikhs became a political and economic ‘middle man’ and their authority became tenuous as demands increased (p. 161). Over time, relations broke down between the tribes and the regime resorted to violence, typified in the 1989 Monday diwanniya crackdowns. After the Gulf War, a young generation of oppositional tribal entrepreneurs and MPs took the shaikhs’ place (p. 162-163). At this time the Al-Sabah had no effective hadar or Shia intermediaries to balance the tribes as attempts to recruit new non-core elites such as Jasem al-Khorafi for the hadar, or Mahmud Haider for the Shia, did not bear political fruit (p. 172, 181-182).

In Part Three, Azoulay looks at changes to two trends; weakening regime ties to the periphery and ruling elite rivalry, which she uses to showcase the increasing political fragmentation. In the 2000s, the continuing fragmentation of tribal hierarchies and increasing dominance of badu in education led to more grievances of tribes (p. 211-212). New tribal leaders, personified in Musallam al-Barrak of the Mutran tribe, reinvented tribalism and tradition for political purposes (p. 202-203). Much of this ‘retribalization’ of politics relates to globalisation and its impact on communication networks, as it strengthened transnational connections to Saudi Arabia and imagined pasts (p. 200-201, 216-217). The second trend, elite rivalry, increased after the death of Emir Jabir in 2006. The impetus was the breaking with succession norms by Emir Sabah Ahmed and the subsequent end to the implicit rotation of power between the Al-Jabir and Al-Salim branches (p. 248-249). This resulted in increasing power struggles between second generation princes, such as Nasser Al Mohammad and Ahmed Fahad. The competing princes’ attempts to weaken each other spilled over into parliamentary life, media and society impacting the regime’s capacity to act as bloc at the same time as they lost periphery support.

This reality unfolded after 2011 when various protest movements primarily organised by tribal, Islamist, and Salafist opposition activists, often under the lead of Al-Barrak, forced the Prime Minister Nasser Al Mohammad to resign and deepened the opposition of tribes to the status quo (p. 214-216). The regime resorted to more repressive methods to deal with societal opposition and disciplined royal family members as the regime could not meet their demands (p. 226-227, 256). Azoulay argues that this system of political patronage upon which Kuwait’s political order was built is ‘crumbling today’ with social categories blurred and new forms of cross-cutting oppositional politics focusing on redistribution of welfare resources more difficult to control (p. 227-231, 233). Much of the policy paralysis is due to the difficult to reform legacy of the tribal ruling ‘asabiyya.

Azoulay’s contribution to the study of Kuwait is considerable. From a readability perspective, the book could have been edited more carefully but empirically it rivals the greatest works on Kuwait, such as Jill Crystal’s Oil and Politics in the Gulf, and Herb’s All in the Family. The author deftly moves beyond a focus on the Najdi merchants, as their power sharing arrangement is not a sufficient condition to explain Al Sabah’s claim to political authority, which heavily relies on non-lineal kin and tribes. The fluidity of the relationships between the Al Sabah and their paramours is written about in great detail, and was very enjoyable to the reader. In particular, the descriptions of pre-1938 life in Old Kuwayt, and its residents’ personal relations to the rulers were this book’s greatest asset.

Azoulay could have made a more nuanced argument in her assessment of the future, which is macabre to say the least. She argues that the regime was headed toward a crisis if it didn’t radically change its course due to the fragmenting coherence of the ruling elite and its ties to its periphery. I am not convinced that these two trends are accurate. The rise in elite rivalry within the Al-Sabah family since 2006 appears to be calm at present. The passing of the ruler Sheikh Sabah in September 2020 and his brother Nawaf’s succession occurred without conflict or infighting. Second tier princes, such as Nasser Mohammad, Ahmed Fahad, or the son of the recently deceased Emir, Nasser Sabah have all remained loyal to House of Sabah’s decision. It also does not appear as if the regimes failure to diversify will lead to more social protests at this time. Since the end of 2016, the state has committed to uphold its fiscal obligations and the tribal opposition failed to maintain any semblance of unity. While an anti-corruption stance continues to resonate strongly in society, and COVID-19 taxes the State’s resources in the short-term, it appears as if short-term sacrifices for long-term gains are not in the minds of the public or policy-makers. Aside from these rather small caveats, the book was a true pleasure to read and I recommend it highly to a wide audience interested in rich historical accounts of political authority in highly divided societies.

Review of Nuclear Iran: The Birth of An Atomic State 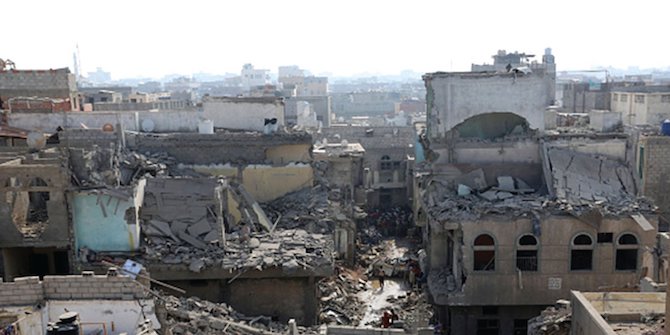 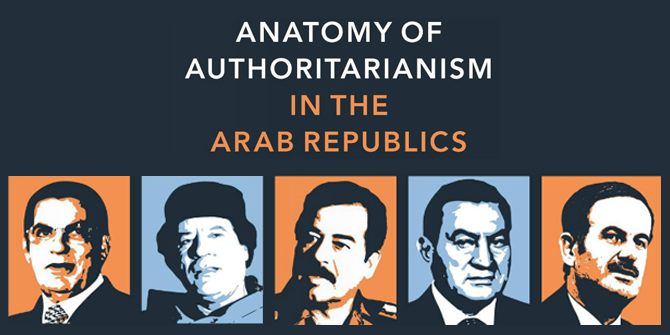 Private: Book Review – Anatomy of Authoritarianism in the Arab Republics