In June 2021, an exhibition titled ‘Basement’ took place in the city of Sulaymaniyah, showcasing the works of a young generation of feminist artists who address questions around womanhood in Iraqi Kurdish society. The exhibition’s curator Niga Salam talked about the exhibition as being part of a ‘new movement’, a ‘new perspective’, as the artworks on display deliberately challenge prevalent taboos, focusing on issues affecting the female body: plastic surgery, conservative gender norms, the labelling and ownership of bodies, and women’s presence in public spaces.

This exhibition is part of a wider dynamic: the rise of contemporary art increasingly informed by feminist perspectives. The artists, many of whom will be contributors to our collaborative project The Kurdistan Region of Iraq post-ISIS: Youth, Art and Gender, all use powerful visual and literary language to address patriarchy, religious conservatism, capitalism, the onslaught of ISIS and how these interconnections impact women’s sense of space, identity and sexuality. A growing number of men are also painting, performing and critiquing conservative gender relations from a critical (feminist) perspective. Diyako Khatun, a male artist from the city of Dohuk, says about his work: ‘Historically when men took power, they erased women, hence women are the first victims of male power. When I see my mother, sisters and other women living unjust lives, it becomes my cause to fight against injustices’ (Diyako Khatun, 30 October 2021).

This form of artistic knowledge production can be traced back to the aftermath of the 1991 Kurdish uprising, when artists started problematising topics such as identity, freedom, and gender in their work. In the 1990s, female artists in Kurdistan may not have used the term, but intuitively produced feminist work, using art to express the injustices inflicted upon them because of their womanhood, social and political pressures, wars, sanctions, invasions and occupations (Mahmoud 2021). Since then, and especially after the collapse of the Ba’ath regime in 2003, female artists including Rozhgar Mustafa, Poshya Kakil, Rezan Betoula, Sakar Sleman, Avan Omar, and Kani Kamil have developed distinct and innovative artistic voices. Avan Omar explains: ‘For me as an artist, one of the main issues I explore is gender, because as women the society limits all borders around you, and oppresses you, hence confrontation and resistance is needed. I fight and explore those borders, taboos, and discriminations and I express my resistance through my art’ (Avan Omar, 30 September 2021).

More recently, issues concerning the region’s youth and their aspirations have started to occupy a more prominent space in the production of contemporary art. Sulaymaniyah-based artist Tara Abdullah’s project ‘Meina’ (feminine) is an installation consisting of a 4,800-metre-long wash-line covered with the clothes of 99,678 female survivors of gender and sex-based violence (GSBV). The installation immediately stirred controversy and did not stay up for long, but was a powerfully visible symbol of how rampant GSBV is in Iraqi Kurdish society. Another young artist, Luna Darwish, recently published a graphic novel telling the story of Fate and her journey to seek justice after having been sexually abused. Luna says about her feminist vision: ‘I feel I have a duty to work on women’s issues, here every aspect of public life at all times has been dominated by men, they are the norm and the active actor’ (Luna Darwish, 30 September 2021).

The Kurdistan Region of Iraq (KRI) is a region where not only are different generations of feminist artists continuously claiming and expanding spaces for alternative narratives, but where the youth more broadly is increasingly critical and vocal about its disillusionment with political parties. After the violent protests that swept Iraq in 2019 and resulted in the killing of more than 600 protesters, the Iraqi government along with the Iraqi Kurdish government pledged to address the challenges and possibilities posed by the country’s huge ‘youth bulge’ – a promise that has yet to be implemented (Sirwan 2021). ‘As in the rest of Iraq, the region’s young are disproportionately affected by economic crisis and political repression. Youth unemployment is rising, while political channels for young people to express their discontent are shut. In the face of diminished opportunities and unfulfilled aspirations, Kurdistan’s youth is increasingly disconnected from official institutions and the political process’ (Jiyad, Küçükkeleş & Schillings 2020, 10). It is important to note that while political spaces for the youth are indeed limited in the KRI, the situation is not quite as dire as in the rest of Iraq and not all channels for expression are shut. This project is based on the premise that despite the clear limitations, the youth are finding novel ways to create spaces for political and cultural engagement.

Because of the polarisation of the political field, which also affects women’s organisations, young women in particular have started to organise independently. In Sulaymaniyah they established Sofia Girls Group, a collective of young women, which functions as a reading group, while also organising seminars and conferences to raise awareness around gender-related issues. Another young women’s reading initiative called ‘Ronahî’ was recently formed in Akre. Fatema Haji, one of the co-founders of the group, states: ‘We came into being as a self-taught group to raise awareness and educate ourselves through literary and theoretical books. Through this initiative we endeavour to empower ourselves as girls in a conservative environment’ (Fatema Haji, 30 October 2021). This new collaborative project between the LSE, UKH and Culture Project takes seriously the potential of youth and artistic production to create and inhabit more gender-equal and inclusive spaces, investigating how this plays out today in the KRI, where attention otherwise tends to be drawn to regional wars and political rivalries.

This blog post introduces the Academic Collaboration project ‘The Kurdistan Region of Iraq Post-ISIS: Youth, Art and Gender‘, carried out in collaboration with the University of Kurdistan Hewlêr and Culture Project. Isabel Käser is Principal Investigator on the project and Houzan Mahmoud is a Consultant.

Isabel Käser is a Visiting Fellow at the LSE Middle East Centre and postdoctoral researcher at the University of Bern. She is the author of The Kurdish Women’s Freedom Movement: Gender, Body Politics and Militant Femininities, published in 2021 by Cambridge University Press. She is also the Principal Investigator of the project entitled ‘The Kurdistan Region of Iraq Post-ISIS: Youth, Art and Gender’.

Houzan Mahmoud is a Kurdish feminist writer, public lecturer and activist. She is the co-founder of Culture Project, a project formed to raise awareness about feminism and gender in Kurdistan and the diaspora. She tweets at @HouzanM 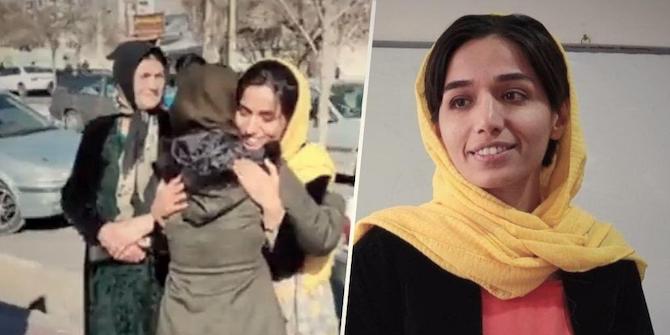 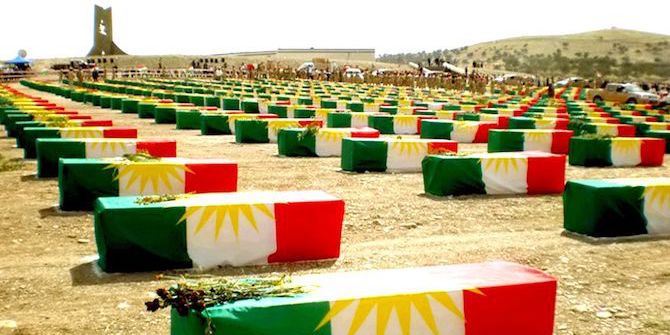 Bad Behavior has blocked 1086 access attempts in the last 7 days.