Water Stress in the Middle East: Weaponisation of Water by Non-state Armed Groups

Water Stress in the Middle East: Weaponisation of Water by Non-state Armed Groups

The urbanisation of conflict and proliferation of non-state armed groups (NSAGs) in Iraq, Syria and Yemen has led to the weaponisation of critical civilian resources. As NSAGs face asymmetric challenges against their adversaries, they have resorted to the weaponisation of water as a means of furthering their military and political objectives, exploiting vulnerabilities in water-stressed regions. As resource weaponisation forms an integral part of these conflicts, there are few options available to deter NSAGs, whether military or diplomatic.

Since 2014, Daesh has weaponised water by controlling major dams and exercising control over the dependent population. Daesh’s control over Mosul Dam in August 2014, for example, resulted in major territorial gains in Northern Iraq and control over the country’s largest hydroelectric source. Daesh was able to threaten flooding the population and control 75% of the electricity and agriculture sector. The threat of Daesh controlling Iraq as such, where farming constitutes the second largest contributor to GDP after oil alone led to an immediate aerial campaign by the US-led Coalition. Significantly, Daesh’s control over water formed a key component to financing the group as Daesh was able to manipulate the Iraqi economy and generate its own finances by heavily taxing and selling natural resources. In fact, Daesh generated USD 1 million a day from oil sales by controlling water reserves necessary for oil production in Northern Iraq. The weaponisation of water, therefore, not only fits with NSAGs’ territorial expansion strategy but can also produce economic gains.

Similarly, Daesh instrumentalised water to prevent adversaries from advancing by flooding territory in Abu Ghraib. Daesh diverted the Fallujah Dam, flooding local villages, and destroying agricultural land to force Iraqi troops fighting it to retreat. This resulted in the destruction of 200 square kilometers of land in Abu Ghraib and displacement of 60,000 people. By flooding the area, Daesh blocked Iraqi forces from advancing through the valley, a key entry-point to Daesh-held territory. In line with their territorial expansion strategy, Daesh was able to advance its agenda by manipulating critical water resources.

In Yemen, NSAGs have targeted water resources in the Gulf to undermine the Saudi-Coalition, transferring the conflict beyond the confines of Yemen. In March 2022, the Houthis launched missiles against a desalination plant in Al Shaqeeq, south of Saudi Arabia near the Red Sea. The Houthis were able to leverage water resources beyond their own geographical parameters by using advanced military technology like UAVs and precision missiles as a means of power projection. Targeting the plant further points to the Houthis’ ability to disrupt critical civilian infrastructure in a water scarce country that relies on desalination in light of Saudi’s economic plans to construct desalination plants along the Red Sea coast.

The Houthis’ have also disrupted water deliveries to isolate and punish the population in Taiz for its resistance, blocking roads and humanitarian access including water shipments to Taiz since 2015 by surrounding the city and controlling checkpoints. Starvation as a method of collective punishment was used by the Houthis to break resistance but also as a bargaining chip during negotiations with the wider international community. As a result of existing water shortages worsened by the conflict, almost two thirds of the population have no access to clean water or sanitation. Likewise, water installations in Hodeida, a densely populated area and critical port for international aid, have been destroyed by landmines planted by the Houthis aimed at diverting the Saudi-led coalition and the Yemeni troops. While landmines have slowed troops from advancing towards the city, thereby aiding the group’s tactical aims, they have also destroyed water systems critical for the survival of the population.

The international community has limited options to respond to the weaponisation of water by NSAGs, due to the unique challenges it presents. Although the capture of Mosul Dam in 2014 triggered the first US-led aerial campaign against Daesh, it also presented the Coalition with challenges, since the collapse of the dam would have reaping consequences on the Iraqi population. Daesh sought to exploit this trade-off, framing any attempts to strike near the dam as a “direct threat to civilian populations.” For instance, Daesh took refuge in the Taqba dam in 2016 on the assumption that US forces would not strike them.

Likewise, the Houthis’ blockade challenges the Saudi-Coalition since military action would likely result in civilian harm. Given the military and political advantages brought to the Houthis by the weaponisation of water resources through the siege, they are likely to continue doing so to advance their agenda. The siege of central cities like Taiz and Hodeidah and protecting the civilian population’s access to water formed critical parts of the Stockholm Agreement and was used to pressure the Saudis to concede in light of US suspension of air defence and waning progress. For example, days after rejecting a GCC invitation to the negotiating table, the Houthis attacked Al Shaqeeq plant. Efforts to reach a negotiation or truce come at a higher price as the blockade is, whether directly or indirectly, used as leverage. The blockade also undermines the Saudi-Coalition, the internationally-recognised Yemeni government and UN efforts due to their perceived lack of response and failure to protect the Yemeni population. It is therefore difficult to imagine the Houthis giving up this strategic component of their war effort.

As climate change accelerates water insecurity and makes access to water resources even more critical in the region, non-state armed groups will likely continue exploiting water resources in the absence of meaningful ways to address the threat. The challenges of water weaponisation render military and diplomatic solutions futile, as groups take advantage of the high risks that come with responding to the threat, and the perceived advantages to undermining their adversaries’ war effort.

Layal is a Research Assistant based in the Middle East office in Bahrain where she contributes to research on political and security developments in the Middle East and North Africa, with a particular focus on geopolitical developments of the Gulf region. She has an LLM in International Law and Security from the University of Glasgow, specialising in the laws of armed conflict, laws of the UN, and human rights law. She tweets at @layal9 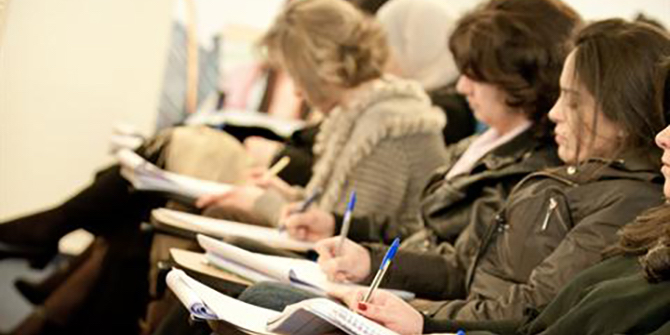 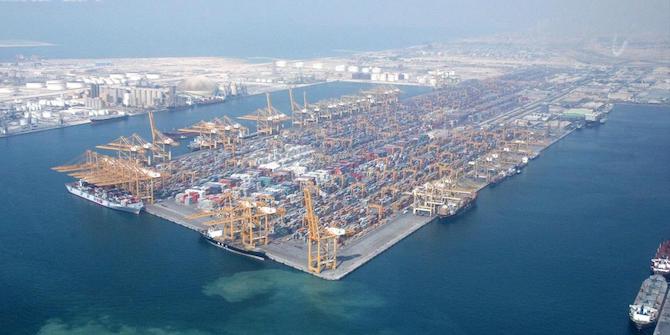