War Reporting: the view from the frontline

War Reporting: the view from the frontline

War has come to Polis in the shape of a course I teach at the London College of Communications. After the delights of my 90 minute-long ‘history and concepts’ lecture we got the real thing from journalists who work at the frontline. And our two guests this week have certainly seen conflict up-close. Newspaper foreign correspondent Kim Sengupta and American photojournalist Danfung Dennis are both outstanding war journalists who take their trade seriously. This report from Polis intern Molly Kaplan.

Kim Sengupta, of The Independent, has watched the room fall around him as a bomb exploded in Baghdad’s Hamra Hotel. He has also witnessed the increasing risk journalists face in reporting from Afghanistan as kidnappings of media personnel continue.
He revealed the difficulty of reporting accurately from a war zone as an embedded journalist and the near impossibility of doing so without affiliation with the larger media organizations capable of paying the astronomic costs of insuring journalists. He spoke of how editorial competition is suspended because you can’t claim exclusives when forced to inform competitors of your every move for security reasons. He stressed the importance of his Iraqi translator who has saved Sengupta’s life with the quality sources who warned of Taliban strategy to relax journalists with short-term access only to kidnap them at the next opportunity.

In a revealing story of the unpredictable dangers of reporting on the frontline, Sengupta recounted capture by Ossetian military forces earlier this year. He, along with The Independent’s Russian correspondent Shaun Walker, and Georgian translator Merabi Chrikshilli drove through checkpoints on the way to Tskhinvali, the capital of Southern Ossetia, as the first Western journalists. The ease of driving through initial checkpoints emboldened them to press on until Ossetian militia stopped them, holding them for four hours at gunpoint.

The Ossetian troops tore the Georgian number plates off the car and confiscated their phones. They showed the men American guns that Georgians had used against the capital. “Georgians do the killing but with your guns” lumping the two journalists together with the American government.

Sengupta was able to avoid the worst of the harassment, playing upon his Indian heritage and a false account of his father’s plight with the ‘British imperialists’, but Walker and Chrikshilli faced repeated threats on their lives until all three men were lined up against the wall, presumably to be shot.

The Ossetian troops took their pictures.

The most belligerent Ossetian soldier escorted them back to Georgia actually saving them when another group of Ossetian militiamen insisted on detaining them. Once the three men passed the border back into Georgia, they were anxious to head back to safety. When Chrikshilli stopped the car and got out, Sengupta and Walker were perplexed. Why had he stopped? He needed to replace the number plates to the car. “It’s illegal to drive in without number plates in Georgia” was his surreal explanation.

Danfung Dennis, American photojournalist, who has been published his work in The New York Times, Newsweek, Rolling Stone, and Time Magazine, told LCC students that before being a photojournalist, he is a human being. If faced with the choice between a great shot and helping someone in need, his camera would go down. He copes with the sight of bloodshed on the frontlines by maintaining the conviction that the events he covers – war and famine – are preventable; he covers suffering to help prevent it. Whether he is shooting a wounded American soldier or an Ethiopian famine victim, his purpose remains the same.He explained the challenge of covering the Iraqi war zone honestly under the censorship of both the American military and his editors at home. The most revealing photographs are often relegated to his personal hard drive. They may be too politically charged; they may show a wounded soldier’s face. He also described the difficulty of documenting the daily violence in Iraq that seems so commonplace that it’s not news until death counts reach their upper limits. The market is saturated with photographs of car bombs, yet it remains the responsibility of the photojournalist to represent them for as long they continue to happen.His stunning imagery raises the age-old dilemma. Should you make misery look so beautiful? Dennis says that only by grabbing the public’s attention with aesthetically capitivating images can you start to make them think about the subject.

On Monday he is off to Afghanistan.See a full portfolio of his work hereThis article by Molly Kaplan

Posted In: Research | Research and Publications 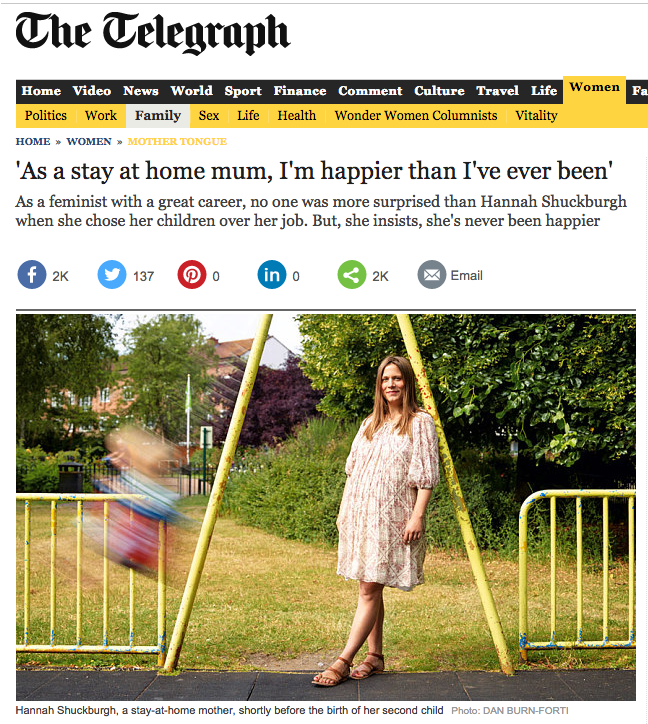 Why Does The Media ‘Love Stay At Home Mums’?