Urban agriculture has long been seen as part of the solution to urban food security and the provision of healthy food in underserved areas with diminished nutritional access.  It has also been acknowledged as an institution with exceptional capacity to promote local cohesion and community building.  While both of these effects are highly positive, they imply that the impact of urban food is only at the neighbourhood or local municipal level.  I will argue here that there is a stronger role for urban farming. When embedded in a network of food provision, these sites can greatly improve food security, and help in times of crisis like the current pandemic.  Furthermore institutes of urban agriculture are imperative links in the development of more resilient regional food systems necessary in sustaining future food supplies, addressing the harm caused by our highly industrialized system of food production and combating climate change and global sustainability issues.

Embedding the local into the regional

Urban farms offer a plethora benefits to local communities; predominantly, the ability to buy fresh, affordable and often unavailable produce – they serve to supplement more mainstream food provision, which is frequently inadequate in marginalized communities.  Furthermore, growers often share the cultural backgrounds of their local buyers and offer produce specific to their needs. Hyper-local food growing spaces also create trust and a sense of community by connecting residents (both producers and customers) with one another.  They promote both bonding and bridging cohesion by fostering strong relationships within and between the farms themselves, but also arcing into neighbourhoods and connecting with various institutions.  In and of itself this is a major benefit, as the building of community improves social relations, community engagement and creates a broader network of localized relationships which can be activated and drawn on in times of crisis and beyond.

An impact that is often overlooked is the capacity that urban agriculture institutions have to engage and transfer local knowledge.  They are imbedded in their community and possess a better understanding of local barriers to access, vulnerable or isolated populations, communication needs (cultural and language-based).  They act as of points of information distribution and are central to positive feedback loops between municipalities, local organizations and residents.  Often they poses more flexible problem solving skills and a network of relationships and protocols they can easily activate

In the recent pandemic organizations like the Black Urban Growers and Rise and Root Farm were central to addressing food scarcity in the Bronx. B.U.G is intimately informed about long existing food insecurity and related health-conditions, the high rates of reliance on local pantries and how those needs increased in the crisis. They immediately recognized their capacity to link vulnerable population to food and partnered with health department to set up webinars for growers to understand how to maintain markets and continue growing.   B.U.G. consolidated existing markets, develop common access points and stepped-up to fill emergency food disparities normally donated from grocery stores, which evaporated due to increased delivery demand. Their knowledge informed the types of food their community would need, allowed them to distribute information and to reach residents who were cut off.  Many farms were able to use their knowledge of which local residents were vulnerable to address pandemic food deficits.  Phoenix Community Garden  in Brooklyn, NY accelerated the launch of their  Fresh Food Box and Elder Boxes and Growing Communities Dagenham in London were able to re-channel produce ear-marked for restaurant to expand their existing Box Scheme and get food into the hands of isolated residents.

During the pandemic local farms have also served as a collection point for food and have been able to deliver food to organisations that may have had difficulties in procurement.  Groups like the Urban Agriculture Cooperative in Newark were already imbedded in their community as the leader of an urban growers network addressing neighbourhood level food security issues.  For years they have been aggregators of urban grown food and already coordinate a series of drop of and market sites, which they were able to activate to augment food availability and combat scarcity. Because they are small and conscious of overhead costs, they use more flexible, modular modes of distribution that can expand as needed.  In this case when large companies with intense technical logistics were stymied – they were able to use a fleet of partnered vehicles – bikes and delivery vans – to move food around the city. We also saw this in Medellín where the municipal program of urban gardens, Huertas para el Abastecimiento and Huertas con Vos were used to supply urban food vendors, create greater proximity to markets and shrink market circuits – thus increasing connectivity of production and creating safe alternative food sources.  These types of organizations usually also connected to various emergency food networks such as pantries and community kitchens and a web of other local partners, all of which aided in creating covid-safe areas of access for residents.

Finally, and perhaps most importantly, local farms can play a major role in a regional distributional system. In these systems, urban farms can act as collection points for larger farms within regions thus supplying a wider variety of food to local people, increasing dietary choice and access to culturally and nutritionally important foods.  Importantly, this also creates a market between farmers outside the city and customers inside the city that is mediated by a network of local farms rather than corporate buyers.  This allows the production side of the supply chain to diversify their market and negotiate better prices for their products. Hyper-local farms can create long-term markets by supplementing their offerings through partnership with regional farmers.  This creates a more reliable and secure source of income at the city level and helps the survival of smaller regional farms by giving them outlets without requiring the use of valuable resources (time and cost of transportation).

In the time of pandemic, where geographic scale is necessarily constrained, food supply may be less disrupted when these food networks are stronger.  Instead of relying on cross-country or international supply chains, the capacity to draw on local networks cuts the time of transportation and the risk associated long-distance transportation. We have seen strong examples of the creation of food hubs and links globally. In NYC urban rural linkages have been growing through food hub programs like GrowNYC’s Greenmarket Co launched in 2012 to support regional food producers by making their products available to wholesale buyers throughout New York City.  We have also seen the increase in digital platforms that allows producers to supply “Farmers’ Markets” online such as “Compra Local” in Medellín and The Cooperative Market in Newark, which increases demand for regional farms, comingles urban food and increases access for urban residents.

In the future we need to see the enhancement of systems thinking, and a focus on the development of more food hubs and spoke and node food webs. Urban farms are central to the resiliency of not only municipal food systems, but important points in creating more regional sustainability.  They serve as one of the endpoints in the transfer of not only produce but also knowledge back and forth along the path. The development of strong urban rural linkages is paramount for the enhancement of sustainable food systems globally, and urban farms are an inseparable piece.

Watch now on Youtube our Webinar Can Urban Agriculture play a role in a time of crisis?

ILLUMINATE Covid-19 offers a visual interpretation of the dramatic way in which Coronavirus impacted New York City, while also illuminating the ways in which specific communities and individuals were hardest hit by the pandemic. The project aims to raise 20K to build a public-facing light map that allows making public data visible, accessible, and more engaging. The objective is installing the piece with partners and collaborators around the city and fostering more conversations around who was affected and how they can be helped. The pilot will be launched in November to boost Art and Information to the city!

To support the crowdfunding campaign and raise the funds to build it, please use this link: gofundme.com/f/illuminate-covid19 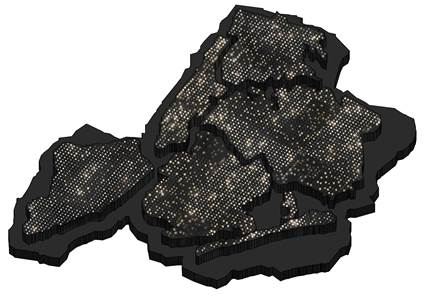 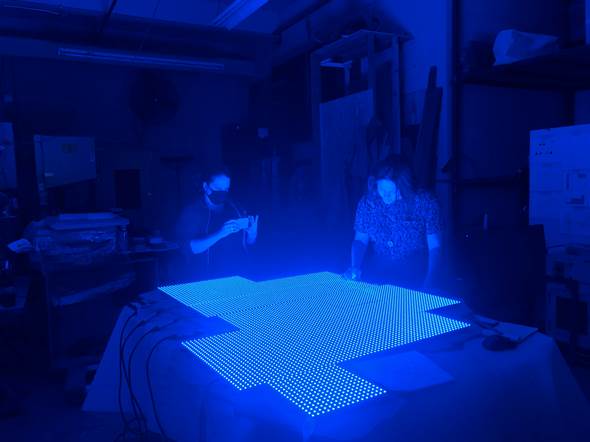 Alexandra Payne is an Urban Planner and Policy Consultant at Amplify Planning in Brooklyn, New York. She provides strategic development and project management services to improve food access, urban agriculture, and neighborhood development initiatives in cities. Graduated in 2010 in Regional and Urban Planning Studies, she is an alumna of LSE. 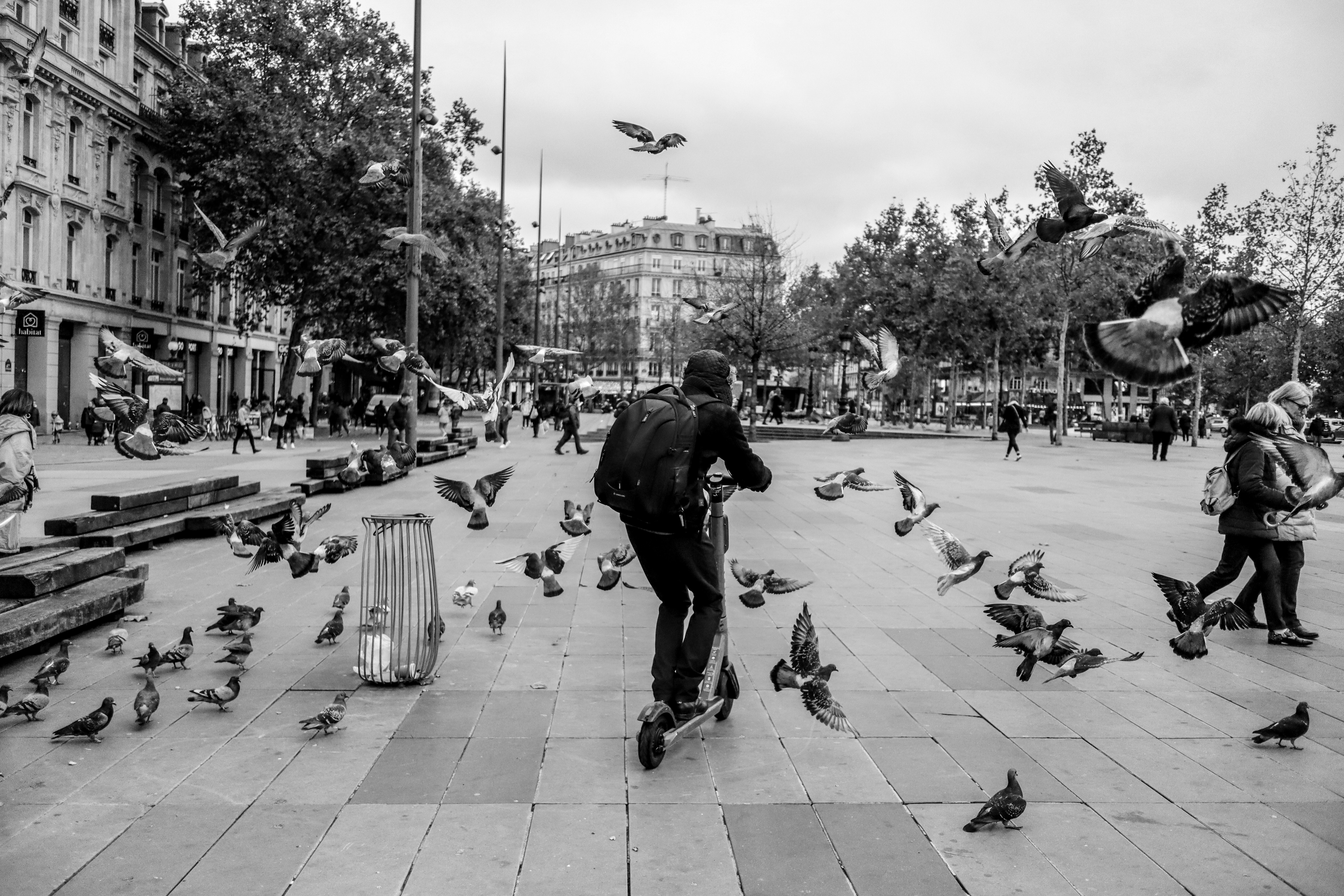 Exploring the micromobility boom: opportunities for sustainable mobility in the post-COVID city? 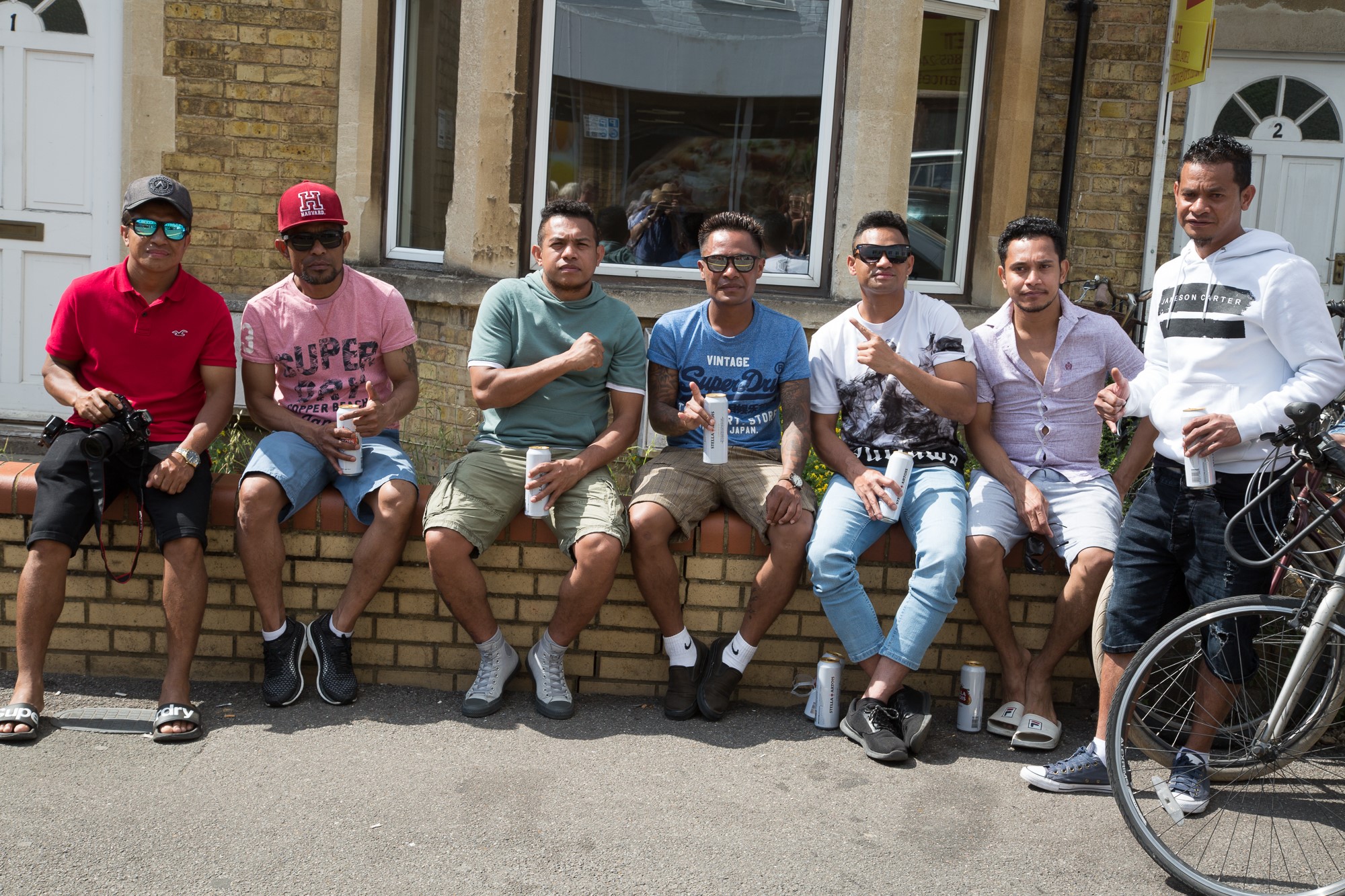 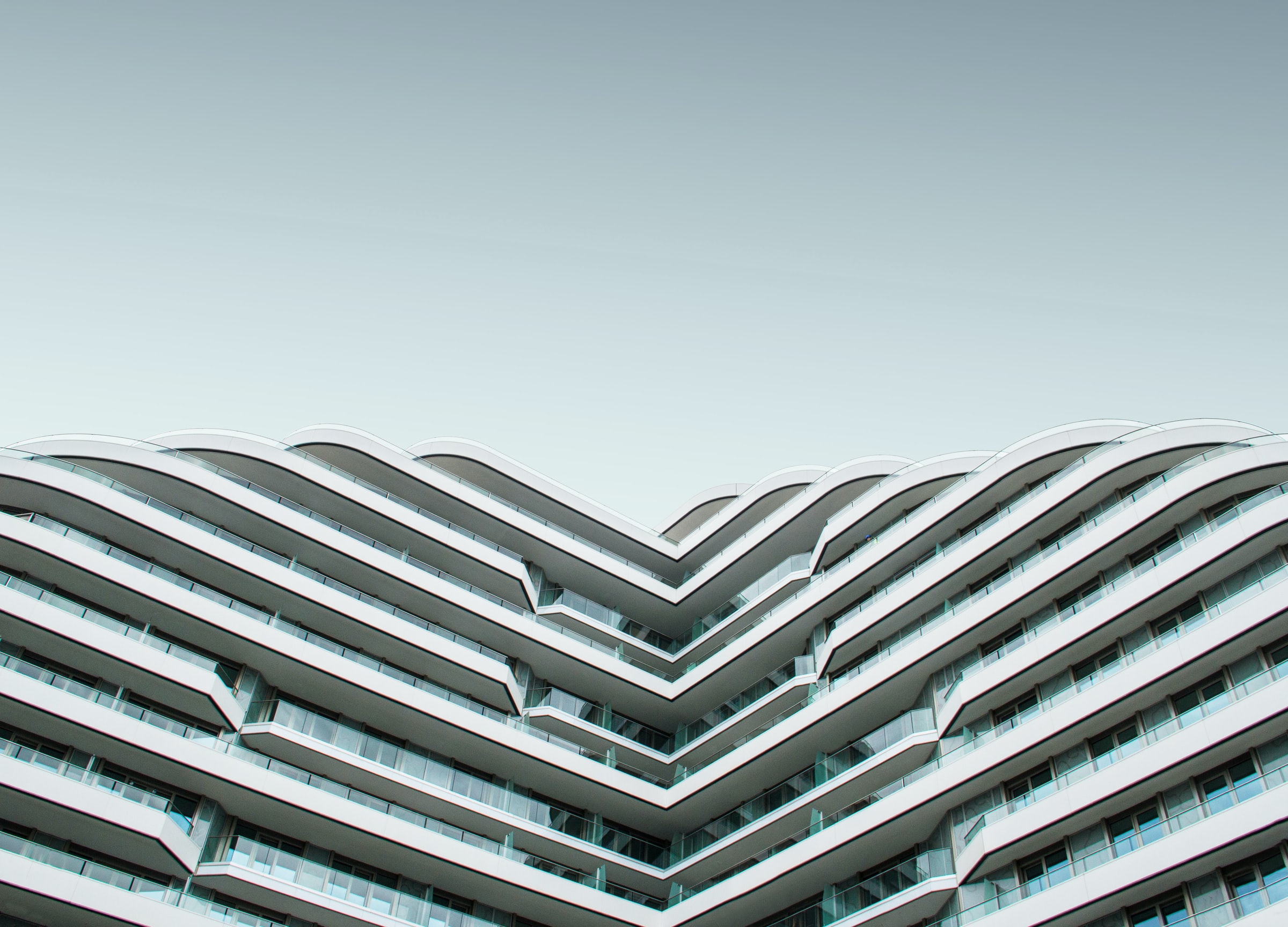 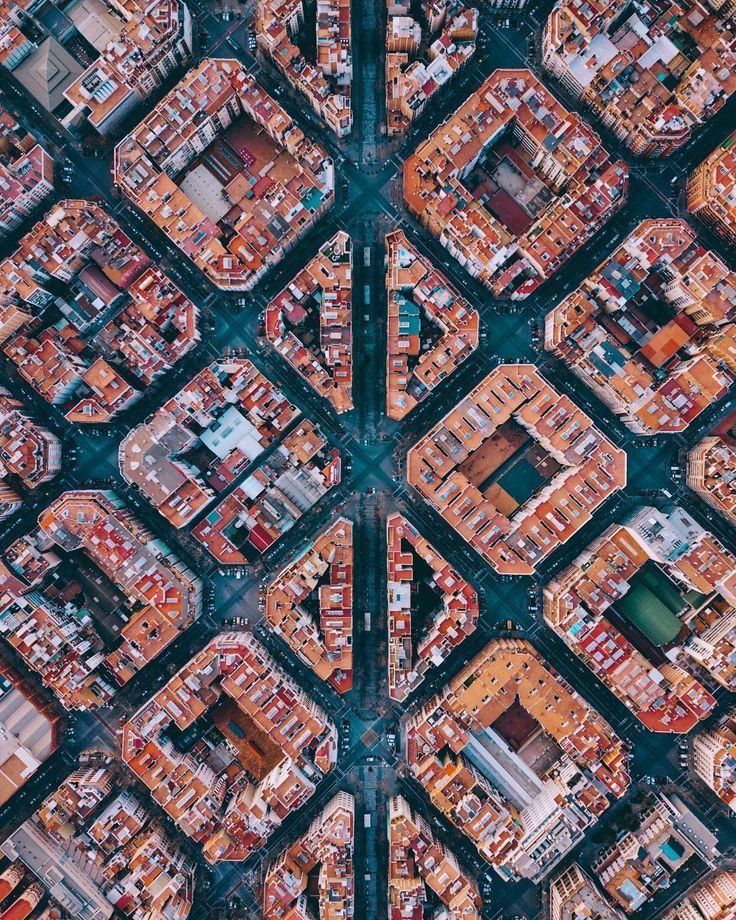