Regional and Urban Planning Studies at the LSE

LSE’s Regional and Urban Planning Programme began as an idea, sparked by three LSE professors: Peter Self (government), Alan Day (economics) and Michael Wise (geography) and was officially launched by Sir Peter Hall in 1965. Since then the MSc has trained more than 1000 students coming from all over the world. Its planning Master’s degrees and PhDs helped to produce leaders in the fields of urban and regional planning, architecture, transport, real estate, and academia. Its mission is to understand planning, not as a purely technical subject, but as one that interacts with populations, politics and economy.

In 1998, the London School of Economics established LSE London as a centre of research excellence on the economic and social issues of the London region, as well as the problems and possibilities of other urban and metropolitan regions. Today the centre has a strong international reputation particularly in the fields of labour markets, social and demographic change, housing, finance and governance, and is the leading academic centre for analyses of city-wide developments in London. 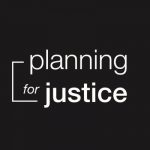 Planning for Justice is a coalition of graduate students, alumni and faculty in Regional and Urban Planning Studies who are launching a resource platform and global research initiative on the relationship between urban planning and systemic inequality. They crafted a growing digital library–with accessible articles, academic work and action items–as a democratic tool for learning and advocacy. They also started a blog to make space for new reflections. The coalition is explicitly committed to anti-racist planning efforts and aims to disrupt legacies of uneven development through scholarship, dialogue and the promotion of progressive projects.

About our Planning for Justice’s team 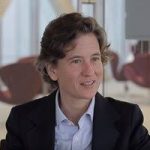 Dr Nancy Holman is one of the programme officers for LSE London. She is currently an Associate Professor of Urban Planning and the Director of the MSc in Regional and Urban Planning Studies at the London School of Economics and Political Science. Nancy joined the Department of Geography & Environment at LSE in August 2008 having previously managed the MSc in Housing and Regeneration in the Department of Social Policy. A planner by training she has a PhD in Urban Policy (University of Portsmouth, 1999) and an MSc in Community and Regional Planning (University of Texas, 1996). Her work deals primarily with issues of governance and local planning including sustainable development and community participation. 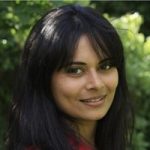 Dr. Romola Sanyal is Associate Professor of Urban Geography at the London School of Economics. She has a PhD in Architecture from the University of California, Berkeley. Romola’s research focuses on forced migration and urbanisation. In one strand of her research, she looks at how refugees and other forced migrants become ‘city makers’ through building and inhabiting urban spaces. In this work, she has studied Palestinian refugee camps in Beirut and Partition refugee colonies in Calcutta. A second strand of this work looks at the geopolitics of humanitarian knowledge production, particularly on urban refugees. Titled Urban Humanitarianism, this work looks at how humanitarian organizations come to learn from and intervene in urban areas through various experiments and what politics are involved in building and sharing that knowledge. Her work has been published in a number of journals including Urban Studies, IJURR, Transactions of the Institute of British Geographers and Political Geography. She is co-editor of Urbanizing Citizenship: Contested Spaces in Indian Cities(with Dr Renu Desai, Sage India, 2011) and Displacement: Global Conversations on Refuge (with Dr Silvia Pasquetti, Manchester University Press, 2020). 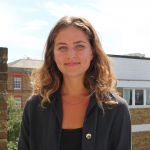 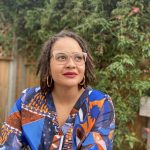 Lindiwe is an MPhil/PhD student at LSE in the Regional and Urban Planning Studies program. Her current research is focused on the interplay between public transit and race-based inequity in urban environments. Prior to joining LSE, Lindiwe was a Transit Planner. During her time in the private sector with Nelson\Nygaard Consulting Associates, she worked on long-range municipal development strategies, campus masterplans, fare structure augmentation, system network redesigns, downtown parking plans, and Title VI equity analyses. As a public sector planner with the City of Boston Transportation Department, her work largely focused on combatting racial and spatial inequities in quality of life through rail service enhancements, the implementation of Bus Rapid Transit projects, and the institutionalizing of race-centric metrics into the department’s project evaluation process. 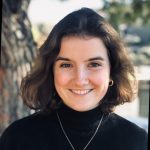 Alice is a master’s student in the Urban Policy Dual Degree programme between LSE (RUPS) and Sciences Po Paris (Urban and Territorial Strategies). She is particularly interested in gender and environmental justice, exploring how a gender-aware approach to urban resilience planning can contribute to build more inclusive cities. She holds a bachelor’s from Sciences Po Paris and studied one year abroad at UBC, Vancouver. 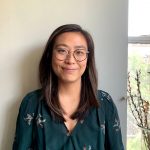 Fanny is a Policy Officer at LSE London where she carries out policy-oriented analysis and public engagement in the fields of housing and urban planning. She is co-author of several reports targeted at policymakers and practitioners including Residents’ experience of high-density housing in London and A 21st Century Metropolitan Green Belt.  Fanny is also in charge of events at LSE London and has developed the ‘London Talks’ with Nancy Holman & Alan Mace since January 2019. Fanny holds a BA from Sciences Po, a BSc from la Sorbonne and a dual MSc in Urban Policy from Sciences Po and the London School of Economics. 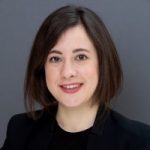 Martina is LSE London’s Communication Assistant and she works as an ORAM Fellow for the Department of Geography and Environment at LSE. Martina recently graduated from LSE and holds a MSc in Regional and Urban Planning Studies. Her dissertation focused on the analysis of the policy drivers that led to the emergence of new local governance structures to tackle food poverty in London. Before joining LSE, she graduated in Public Policies at LUISS Guido Carli University in Rome and worked in the field of public affairs and social impact. 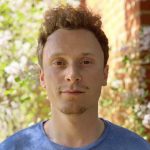 Henry is a master’s student at LSE in the Regional and Urban Planning Studies program. His research focuses on both the policy and political economy dimensions of contemporary housing issues. He also works as the parliamentary affairs advisor to Senator Frances Lankin (Canada), with his work there centred on the gig economy and the future of workers. He holds a bachelor’s degree from Sciences Po Paris. 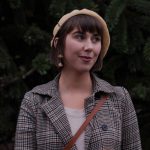 Savannah is a master’s student at LSE in the Regional and Urban Planning Studies program. She is particularly interested in the intersection of urban development, housing, and behavioral economics. She plans to write her dissertation on the impact of planning development rights in London. Previously, she has experience working in a variety of disciplines, from policy and economics to history and real estate. While completing her undergraduate degree at Boise State she researched historic preservation, income segregation, and the impact of de-industrialization in the western United States. 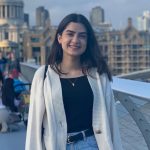 Minahil is a master’s student at LSE in the Regional and Urban Planning Studies program. She is interested in advocating for inclusivity through a gender aware and decolonised approach to planning – particularly in the global south. She seeks to challenge structures that create and perpetuate urban inequalities of class, gender and race. She holds a bachelor’s degree in Economics with a minor in Sociology and Anthropology from the Lahore University of Management Sciences. 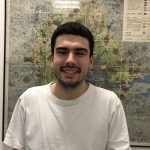 Angus is currently a masters student at LSE, undertaking the Msc Regional and Urban Planning programme. He is mainly concerned with how the UK planning system has addressed the needs of marginalised groups, with a particular focus on the Traveller and Gypsie community. Prior to joining LSE Angus worked for the Home Office, working on policy delivery and implementation. He holds a Bachelors degree in Politics and Modern History from the University of Manchester.