For managers and HR personnel understanding the ways organisational change can impact employee health is critical, and not just from a financial point of view. When employers prioritise health they see increased employee motivation alongside greater productivity.

In a lecture given in the middle of the 20th century, C.P Snow (1959, p. 42) stated that: “During all human history until this century, the rate of social change has been very slow. So slow, that it would pass unnoticed in one person’s lifetime”. Today, by contrast, the pace and extent of change has increased dramatically as societies are forced to navigate through widespread societal turbulence.

For organisations, change and transformation have become hallmarks. In the pursuit of revenue and results, organisations the world over engage in change. The widespread realisation of changes seen in organisations over the past decades reflects a general trend of a higher tempo in modern working life expected to intensify work situations for employees. For example, the fast-paced introduction of mergers has encouraged researchers to coin the term “merger mania”.

Operating in such environments, CEOs are faced with a dilemma because organisational change, while being a key management strategy, also often fuels a hazardous work atmosphere. Such work environments often manifest as increased stress, strain, and sickness absence from work, with staggering estimates of the associated costs. Indeed, stress is amongst the top workplace hazards expected to influence employee health adversely and has recently been estimated to charge societies worldwide up to US$ 187 billion, of which 70-90% constitute productivity-related losses. What is more, adversity arising from change is also an important factor explaining why changes do not run as smoothly and successfully as intended.

Interested in work-factors paving the way from organisational change to sickness absence, my PhD dissertation examined the association between unit-level downsizing and sickness absence, with a particular focus on the moderating effects of temporary contracts, employee control, and organisational commitment. Here, we merged HR register data with data from the annual work environment survey and applied a unit-level approach to analyses. Such information (i.e., aggregated at the unit-level) may be particularly interesting for managers, given the focus on group rather than individual experiences.

The results from my PhD research show that the risk of sickness absence varies according to the stage of change, and that work-related factors moderate this relationship, albeit in different directions. Specifically, we found that sickness absence declined prior to and increased after downsizing. Our results further revealed that the reduction in sickness absence applies to two specific employee groups: highly committed employees and those working on temporary contracts. For highly committed employees – as opposed to less committed employees – a lower risk of sickness absence may mirror their desire to be present at work in order to influence the change in a preferred direction. These employees may also experience that they have more at stake when things change. Such positive disciplinary incentives encourage them to attend work. For temporary employees, however, lower sickness absence may reflect a reluctance to be absent due to negative disciplinary incentives. Indeed, the nature of precarious employment often fuels perceptions of job insecurity which, in turn, push temporary workers to attend work while being ill. Going to work despite illness that would have justified sick leave is a phenomenon coined “sickness presence”. According to Swedish researchers, a high occurrence of sickness presence in the workplace reflects “falsely” healthy employees, and is associated with a higher risk of future health impairments and increased sickness absence. Indeed, a dose-response relationship has been established – in which high levels of sickness presence (> 5 times/year) is related to an increased risk of prospective sickness absence.

The identification of specific work-factors that help explain the ways in which change influences employees’ risk of sickness absence represents a hands-on strategy for managers to pursue healthy organisational change. Such knowledge informs change agents of the specific employee groups that are experiencing stronger or weaker effects and affords those tasked with change implementation a lens into factors that may alleviate the strain for these specific subgroups of the organisation. Hence, change agents gain very concrete tools to steer the change in the preferred direction with less negative impact on employees. For any agent implementing change, having the opportunity to know where to put in the effort to alleviate the strain is important in order to identify circumstances that prevent or promote change implementation and to seek maximum utilisation of their efforts spent at reducing employee strain while implementing change. In addition, the provision of resources and support has the potential to help employees deal with change better, possibly making them more open to the change being implemented, reducing resistance to change, and thus increasing the chances of becoming successful leaders of organisational change.

For managers and HR personnel, having knowledge of the ways in which organisational change impacts on employees’ health and wellbeing is critical – not only from a financial point of view – but also because of the adversity and hardship it may induce on the workforce. Making investments to become a healthy workplace is therefore indisputably “big business”. Employers that genuinely prioritise becoming health promoting workplaces will not only improve the health and wellbeing of and reduce the sickness absence among their employees – they will also gain increased employee motivation and engagement, which translate to greater productivity and profit. In this way, managers create a win-win situation.

Anniken Grønstad is an Associate Professor of HR and organisational psychology at Oslo New University College. She holds a PhD in health management and health economics awarded by the University of Oslo, Norway. Her research focuses on change management, organisational change, HR, work environment, temporary employment and employee health and sickness absence. She has an MSc in Organisational and Social Psychology from LSE. 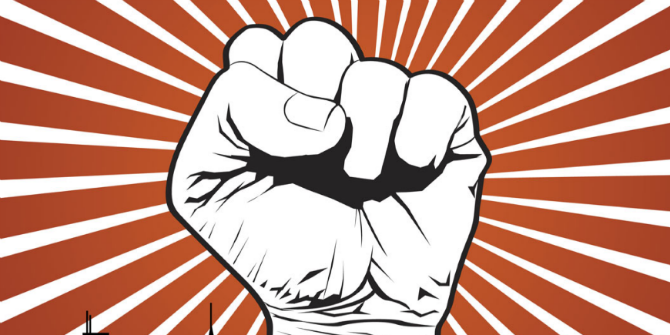 Can Power Change how we connect with others?