by Sian Lewin, doctoral researcher in the LSE Department of Sociology

Recently, US and UK regulators announced that six global banks (including Barclays and RBS) will pay over $5.6bn between them in fines for the manipulation of benchmark exchange rates in the foreign currency markets. This is the latest in a seemingly never-ending series of financial scandals including the ‘London Whale’ traders at JP Morgan, the rigging of LIBOR and the alleged HSBC tax avoidance schemes. From these events, it seems that unethical or even illegal behaviour is rife in the banking industry today.

Understandably then, since the financial crisis, there has been a mounting sense of public outrage as each scandal breaks, angrily articulated in this video by Paul Mason from Channel 4 news. Standing in the middle of the City of London, he questions what the regulators are doing to both bring the individuals involved to account and to prevent such misconduct in the future. Such questions are particularly pertinent in the wake of the foreign exchange debacle, where wrongdoing at Barclays occurred after the bank committed to eliminate misconduct in reaching a resolution of the LIBOR investigation with the US regulators.

The answers to these questions, however, are not clear cut. In a speech at the LSE last year, the Deputy Governor of the Bank of England, Minouche Shafiq, questioned whether these compliance breaches in the financial markets were due to unethical behaviour of a few individuals (the bad apples) or whether there was a more systemic problem – the ‘barrel’ of the financial system itself being rotten to the core. Determining whether we are dealing with ‘bad apples’ or a ‘rotten barrel’ dictates the types of regulatory solutions required to address these transgressions.

Deciding whether to address individual conduct or implement more widespread, structural solutions reflects to some extent the ongoing sociological debate about the relationship between the individual and society. At one extreme, theorists who emphasise agency such as Weber, Parsons & Merton, contend that it is individual actions which bring about the patterns of social life. At the other, theorists including Marx and Durkheim claim that it is the structures of society that influence and determine individual action.

Relating this to financial misconduct, the structural view of society would suggest that we need regulatory solutions to deal with the structural problems within the financial markets. Measures such as the overhauling of benchmark rate setting and increasing transparency and accountability in the markets though regulations such as the European Markets in Financial Instruments Directive II have already been introduced. However, it is too early to tell whether these structural reforms have been effective.

A more agent-centric approach comprises regulatory standards and sanctions that target individual behaviour; laws that provide for individual criminal prosecution, reducing or removing remuneration incentives that drive excessive risk-taking activities and / or lifetime bans from working in the financial industry. Such responses, it is hoped, would deter individuals in engaging in wrongdoing. However, whilst there have been efforts to restrain the bonus culture in the City of London, their efficacy is questionable, given that the recent misconduct has occurred despite these new rules being in place. Similarly, to date, only twelve individuals in the UK have been charged with fraud offences with respect to LIBOR manipulation.

Perhaps more promising might be regulatory solutions that attempt to bridge both individual behaviour and structural issues and get behind the more fundamental aspects of the financial system which drive (and allow) this unethical behaviour. Regulators and policy-makers have attempted this focusing on changing the “culture” of the financial industry. The Banking Standards Board has been established to promote ‘high standards of behaviour and competence’ amongst banking organisations and employees. The financial industry has also acknowledged that a cultural shift is necessary, see, for example, Andrew Jenkins’ plans for cultural transformation at Barclays. However, as a recent report by New City Agenda found, it is ‘clear that this journey towards a healthier culture is nowhere near complete. A toxic culture decades in the making will take a generation to clean up’ .

The issue here is that ‘culture’ is not problematized or defined. There are many and varied understandings of the term. Without having a clear idea of what culture is, it is impossible to create adequate prescriptions for cultural improvement. And, even when there is consensus about the meaning of culture, the report concludes that ‘you can’t regulate your way to a better culture’; the onus must necessarily be on the banks to transform themselves.

How can sociology help?

If changing ‘culture’ is problematic, and structural and individually focused solutions are insufficient, where else might we begin to look for solutions? I suggest  two ideas from sociological theory may prove more fruitful in addressing banking misconduct.

Granovetter makes the important point that economic relationships are not abstracted from our social relationships. This embeddedness can have both positive and negative consequences. In this graphic, the Financial Times shows the social connections between a group of foreign exchange traders and their involvement, if any, in the Forex scandal. There is also anecdotal evidence that loyalties between these cross-industry tribal members are stronger than to the banks for whom they work. If this is the case, these traders will be more likely to transgress their employers’ codes of conduct, reducing the efficacy of regulatory solutions targeted at the individual organisational level. Thus, by attempting to understand the nature of these social networks, it might be possible to come up with novel cross-industry solutions to deter these various tribes from future transgressions

We could also attempt to understand how and why this type of unethical behaviour appears to be tolerated, even when there are suggestions that senior management were aware it was going on. The simple answer is that the goal of the financial industry is to make money, so a blind eye is turned to those who are using unscrupulous means to do so. However, the reality is likely to be more complex. Diane Vaughan’s study of the Challenger space disaster showed how deviant behaviour can become normalised within an organisation, to the extent that it can itself be the cause of accidents. Getting to the bottom of how and why such deviant behaviour in the banks became taken-for-granted may point to new avenues for the regulatory authorities to explore.

These are both ambitious projects but are worthwhile undertaking to be rid of the rotten barrels and bad apples that are far too prevalent in an industry that, in the public eye at least, has become a necessary evil. 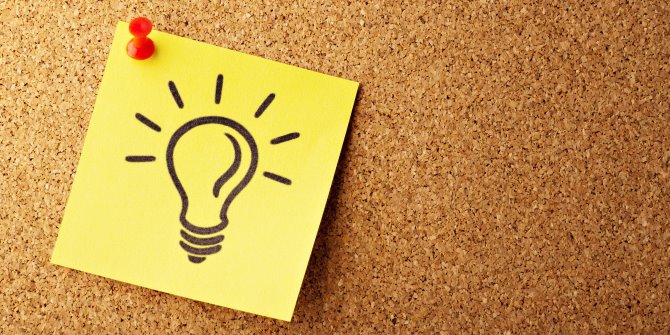