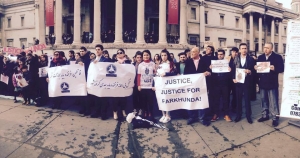 The freedom of a nation is to be achieved by itself – similarly the real emancipation of women can be realised only by themselves. If that freedom is bestowed by others, it may be seized and violated any time. (Revolutionary Association of the Women of Afghanistan (RAWA))

Farkhunda was beaten to death on the streets of Kabul before being set on fire and thrown onto the banks of the Kabul River. She was falsely accused of burning the Quran.

Rokhshana was stoned over an accusation of a crime called ‘zina’ (illegal sex), for rejecting a forced marriage in place of a love marriage. Her chosen husband was lashed and set free.

Reza Gul’s husband cut off her nose. She says she doesn’t understand why.

These are just some examples of the horrific violence many women face in Afghanistan today, in spite of their constitutional rights. It seems to suggest that the average Afghan man’s misogyny is still not vastly different to that of the Taliban. Under the Taliban’s rule, between 1996 and 2001 women were denied the most basic rights and were discriminated against in many ways, simply for being female. One would assume that women’s rights have changed considerably with the Taliban no longer officially ruling Afghanistan, as there is an increased focus on marginalised women by the international community, to ensure their voices are heard.

However, since the downfall of the Taliban, the idea of controlling women as personal property remains in the minds of many men. For most men, the idea that family is a personal fiefdom, sovereign- and state-free space continues: men decide whether a woman studies, works, goes outside. So, although the Taliban is not in power, these ideas continue to resonate among many men in society today. As the international community remains unaware of all that is occurring in the family domain, this could suggest why their approach has not been as successful as originally thought. When dealing with countries like Afghanistan, with traditional patriarchal orders, it is difficult to see how women would achieve liberation if men are not in agreement. Could this mean that in order to support and advance the rights of women and girls the international community should focus on programmes which are aimed at men as well as women? 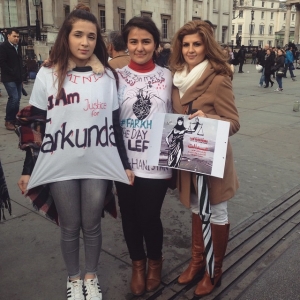 Aside from the significance of men’s involvement in the women’s rights campaign, it is equally important that the position of women within Afghan society is properly considered. It is imperative to delve more deeply in order to recognise the many differences between urban and rural women, the educated and uneducated, rich and poor, as well as tribal and ethnic. If international organisations focus on a homogeneous approach for all women, it is likely to lead to cultural dissonance between values advocated by many westerners and the diversity of aspirations that exist within Afghanistan. The international assistance has been effective to some extent but it has been limited, as ‘template’ solutions fail to adequately take into account the local and social context. At times, although these organisations seem to speak for Afghan women, it is at the expense of listening to them.

To address this existing gap in knowledge, in October 2015 Kabul University launched its first ever Masters programme in ‘Gender and Women’s Studies’. The programme has been designed by the UNDP and financially supported by the Republic of Korea, to ‘generate research on gender, violence against women and underprivileged groups and raise awareness about men’s and women’s social responsibilities’. Having experts from within Afghanistan commenting on policies and reviewing projects could prove to be very effective as they are more understanding of the social context. Some would argue that if we have Afghan professionals working in the gender field, they will be more understanding of the lived experiences of many Afghan women and may offer alternative avenues for implementing women’s rights. It will be interesting to see how successful this programme will be: there is input from the UNDP in terms of the programme design yet we are not sure how receptive students will be to the ideas put forward. Also, as financial support will be coming from Korea, one needs to consider whether they would like a say in the way the course is structured and taught, to ensure that it does not serve the narrow self-interest of some at the expense of others.

One should not turn a blind eye to the progress achieved through international exposure: there have been many changes in legislation aiming to provide women with an equal position in society. However, the current situation is not one that should be accepted and instead, we should concentrate on the kinds of debates that incorporate key questions about location and gender within a transnational framework, to ensure a culturally sensitive approach is taken when dealing with a traditional society, such as Afghanistan. Afghanistan needs more than western rhetoric from the other side of the planet: when such discourses are discussed, the movement for women’s liberation tends to be seen as foreign and not indigenous. So, moving forward, the position the international community adopts when dealing with women’s rights in Afghanistan could say a lot about how it is received within Afghan society.