In the fourth blog of a series this week at Researching Sociology @ LSE, this blog will discuss second year sociology undergraduate Tallulah Eyres’ views. This is part of the LSE Social Mobility Society’s panel discussion, which involved student and staff speakers. To view all blogs so far, and to find out more about the panelists, click here.

For guidance, this panel discussion centred around 3 central questions, which were as follows:

‘Well to begin with, the concept of class confuses the hell out of me, there are so many different meanings and schemas. But personally, I follow Bourdieu’s theory of class. The idea that class is a combination of social, cultural and economic capitals, which influence our habitus and can determine the field we enter. I was brought up in a typical working class environment, on a council estate, surrounded by people who claimed benefits or worked in low paid and unskilled jobs, but now I am in an academic environment, surrounded by well educated, predominantly middle class people, and this can often lead me to feel as if I have two conflicting class identities. I am a working class girl in a middle class environment and that is a huge difficulty on a personal level. I sometimes feel as if I live two completely separate lives, and often force myself to hide my working class life from groups of people at university, I only have very few people who understand both lives I live and who act as a bridge between these lives and I often feel a burden to them. Compared with the expectations of my peers in Salford, I am in a hot house of privilege, which very much alienates me from my roots, and this can mean my experience at university feels like I am more often than not isolated from practices other people perceive as normal, because to me university was never even a consideration until sixth form, meaning I am unprepared for this cultural change.

In academic language, social mobility measures the degree to which people’s social status changes between generations, and education is often seen as a strong driver of social mobility. It has been admitted by multiple prime ministers in the last decade including David Cameron that Britain has the lowest social mobility in the developed world. But to me, the term social mobility implies that the life a lower class person is not worth living, to me the government focus on providing social mobility for those at the bottom of society insinuates that they want to aspire to be middle class, that they want to inherit middle class social and cultural values and achieve the same economic success as them. But I think this is wrong, I think it is wrong for the system to assume that working class people want to be socially mobile. Surely the function of us all is to become the best person we possibly can without barriers of wealth and postcode preventing us.

I for one do not want to be socially mobile until this government realizes the barriers to working class people in this country. The system is at fault for producing complex splits and divisions between academically-able working class communities and the families they came from, it is not socially mobility of a selected few through programmes, and scholarships the government needs to focus on, it is making the education system fair and providing equal opportunities for everyone.
You need to understand, that I come from a world where temporary actions fill the void, but permanent consequences destroy the future. I am the product of an education that Michael Wilshire, the chief inspector of schools for Ofsted considered to be dire. I succeeded despite my compulsory education, not because of it. In the eyes of the system, I am one of society’s winners, I am one of Britain’s socially mobile, but the structures of society didn’t get me where I am.

My secondary school was placed in special measures, and was in one of the most deprived parts of the country, and that is reflected in the low examination results and low percentage of people who go on to higher education. I am one of the first students from my secondary school in over 100 years to have received an offer from Cambridge, and be a student at the LSE. I’ve grown up in area where the future is decided by teenage pregnancies, drugs, crime, poverty and unemployment. Thankfully I left my education in M27 behind me, and my horizons were broadened when I moved to Loreto sixth form, where I was put on the Oxbridge and the widening participation pathways to law programme, and even received a scholarship, but that doesn’t mean that I wasn’t faced with the realisation of the realities that were taking place in Salford around me. However, my sixth form experience allowed me to see past this, it opened doors that had never been open, and now, I am an LSE scholarship girl.

It was in sixth form where I became a target for social mobility, where my barriers of advancement were tackled, and it wasn’t until then I began to believe in myself. Although I will be eternally grateful to the schemes I have been placed on, I cannot forget that these programmes are not only selected on ability, but on attitude, it’s almost in line with the Victorian concept of the deserving and undeserving poor. So often, the education system isn’t fair; take gifted and talented programmes for example, which were meant to be based on objective criteria, but what tended to happen was teachers put forward students who they perceived would ‘fit in’, they were selecting a group of people and isolating them from their peers. By focusing so many resources on a selected few academically able students like myself, the system forgets and abandons the vast majority in the middle, those simply getting by are not pushed, but are neglected, and this will always be my guilty conscience.

I am constantly torn between feeling like I actually deserve to be where I am, and feeling like I don’t, and that’s why I don’t think we should focus so much on providing social mobility, but that we should eliminate inequalities in the system… why is it fair that someone who can afford a private education deserves a better education? Everybody should receive the same level, and be provided with the same opportunities. It is not fair that the system uses these students as a sort of social alibi which allows for the justification of an education system that is still overwhelmingly benefited by the middle and upper classes.

Ultimately, a good education is not about just securing a good jobs, it’s about personal development, it is about being given the opportunity to decide your own fate, to set up your own path, and to become all that it is within you to be come, it should not be that which is prescribed to you by a postcode and the social injustices that are executed there in.

I think there is a class issue at LSE, but that this isn’t all the school’s fault. Yes, there are high grade requirements, which eliminates a lot of lower class students, but this is the fault of the system for not providing working class people with equal opportunities to achieve such grades. It is too late by the time you’re in higher education to try to eradicate class divisions, as we are surrounded by them all our life. Britain is a class obsessed society, we are constantly fixated on identifying people to a specific class category. Even at university, I have always received comments about my accent, my dress sense, and where I come from, and the fact I receive grants and bursaries from the government, which makes me feel inferior. Academics constantly say “LSE needs people like you”, well then, it is up to the LSE to ensure this, it is up to the LSE and other elite institutions that working class students are fairly represented within higher education. I think one main problem with the LSE is the assumption that when you come here you are socially and academically prepared, and this is wrong. When I came to university, I faced a huge cultural shock, and I am still adapting to the corporate, elitist atmosphere. It is up to LSE to change that.

The point I am trying convey is that it’s not about picking a select few and putting them on a pedestal and saying look how well we are doing, look how diverse we are, that’s not the point; it’s about acknowledging the diversity within society, and supporting people from working class backgrounds to prepare them, we want them to champion their welfare and interests, but not going so far as to say we don’t need to do anything else now. My success doesn’t make a blank cheque that justifies the education system we are all products of.’ 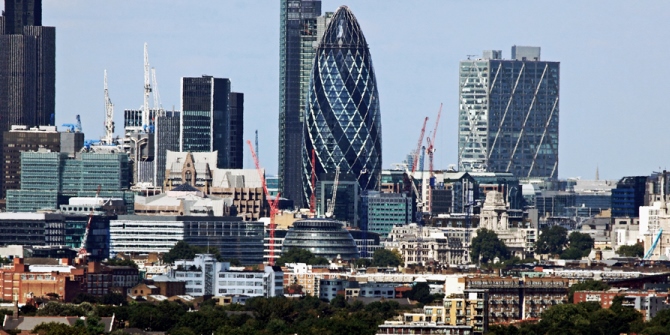