As a foreign student, I have learned that British society is a classist society. I didn’t perceived it like that before, but from my interest in social classes, I began investigating academic theories of class stratification, which has me now studying the MSc in Inequalities and Social Sciences here at LSE. As a Mexican, I have always noticed that our classist society foments inequalities, and I wanted to “get to know the causes of things” in order to change it. I now have more knowledge on theories of discrimination, social stratification, and classes, and the way British academia is finding answer to the “social class in the 21st century”. And with five months living in London, I understand now more the how British society is a very classist one.

Coming from a country such as Mexico, I am used to always compare British reality to Mexican one, most of the times thinking “the Global North needs to go to the Global South to learn about real poverty”. I have worked in Mexican rural areas, and in areas of urban poverty, and being still a developing country, I usually think a “developed country” poverty is different in many ways to a “de-veloping one”. The rural poverty I know is of extreme impoverishment. People many time do not aspire more than they have, that being a humble mud-made house, overcrowded, in which a nuclear family (sometimes including grandparents and grandchildren too), share the one-room-house, which serves as bedroom, kitchen, and for anything else. Rural families have the opportunity of eating what they harvest, so although it is a vegetable-based diet, they have assured their meals of the day. Being a rural area, they have land around them and live a quite life. Urban poverty, in comparison, can be more cruel. People living in the outskirts of the city, aspire to someday live more close to the city. The overcrowding is even bigger, and having land to harvest in the urban areas would be a privilege. They eat junk food, or Coca-cola, cheap food that give you energy in the moment and sensation of satiated in hunger, but no nutrients in the long run. Their way to work is a long one, with four hours, if not more, spent everyday in public transport to arrive to their jobs, many times as cleaners, domestic workers or construction workers, in which they will earn a small wage that most of the times will not be enough for them and their family. The tiredness of living in an outskirt of the city, and wanting to belong to the city, going to work and study there, and comparing themselves and their life-style with the urban elite, generates a sense of feeling less-worthy that, I believe, hap-pens less in rural areas. However, in both situations of poverty, they are excluded from basic servi-ces, such as running water and electricity. Schools and hospitals are not always close and would also entail a long commute from their home. Social benefits do not exist, but people queue to be able to form part of the conditioned cash transfers programmes. In a still developing country, social welfare is seen as a still distant goal.

However, I have also learned that, as Ruth Lister argues, it is unhelpful to compare the poverty of the Global North with the one in the Global South, because they face different demands, expecta-tions and costs of living in an affluent consumer society (Lister, 2004). Although my context and background, I have learned in my “Class, Politics and Culture” class two things that have really stunned me. Two things that I have never seen happen in my country.

The first one: the initiation ritual to be part of the super elite, controversial, Bullingdon Club in Oxford. It is said they burn a £50 bill in front of the homeless in order to prove “they are worth” of being part of this club. A club, that happens, David Cameron, Boris Johnson and George Osborne have been part of. Simply unbelievable.

The second: the “poor door”, that as I have learned after being shock with it, also have happened in

in some other developed mega cities, such as NY.

During an ethnographic walk this week, my class and I went to the streets of Whitechapel, to a gentrified area, where a residential development owned by the developer Redrow stands. It has on the front part, an exclusive entrance. And around the corner, on an alley, you can find the “poor door”, the door used by low-income families to get into their low-income flats in the same building. A segregation under which depending on your income is the door “you deserve” to use. As can be imagined, this has brought with it protests and discontent.

The poor door is a reflection of the social crisis London is facing. In it, even more than in other mega cities, properties are seen as investments, which provokes a high demand of them, and prices in the housing market go up. It is said that many properties are bought by foreigners and are never used. The actual London major, Sadiq Khan, has used this argument since his campaign, and has ordered an investigation into foreign property. Others, however, think it is a distraction, and that those to blame for the unaffordable prices are other reasons, such as British politicians.

What is true is that as luxurious properties go up, social housing in London is becoming every time more scarce, which has lead to developers being obliged to provide “a set proportion of affordable homes when they draw up a new project”. This affordable homes, although made by the same developers, are divided from the luxurious ones, which has caused the “poor door” to exist. The argument is that “it would not be legal” for the well-off tenants to subsidise the lower tenants services, such as a shared lobby.

Economic and, therefore class segregation, is sometimes difficult to be accused of being discriminatory, specially in this case because in which the laws of private property applies. It is therefore difficult to argue that high class people should allow low class tenants to share their lobby and enter through their same door in a legal basis. However, morality should prevail. Is it really bad having to share a door with people that are “different” from you? This bring to other questions, such as are they really different, or have they just had different opportunities? Is not it wrong thinking that being part from a different class “defines” your value as a person? Sharing a lobby and a door, would it not reinforce social cohesion, making people from all classes understand that they are, at the end, people, and that common benefit could be created through sharing common experiences?

The invisible poor door exists in a way in Mexican society, one in which classes are most of the times a life-defining status. Classes are something known but never truly spoken of. Sociologists are doing their part in British society to define classes, and with that information, work for a change. It needs to be done in that way in my country, to be able to verbalise, study and change conducts that are now many times seen as natural.

Poor doors immediately generate outrage because of the clear, straight forward meaning they have. The social housing crisis must be confronted with non discriminatory practices, that allow every strata of society to equally coexist, and to equally “deserve” living in the highly-demanded mega city of London. 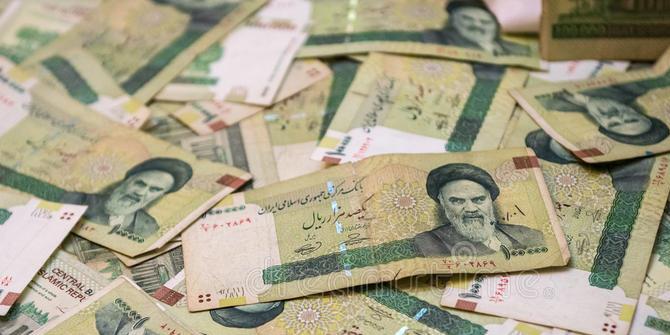 Is There a Class Issue at LSE?: Episode 3