In the run-up to Red Nose Day BSc Sociology student Jason Reed gives his take on whether Comic Relief fundraiser Stacey Dooley deserved criticism for posting a picture of herself with a Ugandan child. 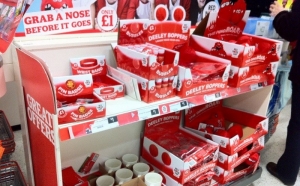 This Friday (15 March) is Red Nose Day 2019. For over three decades, Comic Relief has loyally graced our screens once a year, delighting British audiences and effecting real positive change in some of the most deprived parts of the world. It has long been one of the most uncontroversial institutions in Britain; after all, who could disagree with a national effort to raise money for worthy causes? In the light of an increasingly polarised political climate, some temporary unity around an unobjectionable and inherently wholesome enterprise would have been just what the doctor ordered. 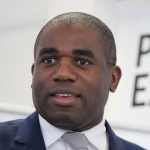 If only life were ever so simple. In recent weeks, Comic Relief has found itself thrust to the forefront of our raging culture war. Labour MP David Lammy embroiled himself in a row with the charity when he accused it of perpetuating “tired and unhelpful stereotypes” by showing the viewing public white celebrities visiting poor African communities. “The world does not need any more white saviours,” he said.

Documentary maker Stacey Dooley, whose photo with a child in Uganda provoked Lammy’s initial criticism, stood by Comic Relief, tweeting: “David, is the issue with me being white? (Genuine question)”. Here, Dooley succinctly cuts to the crux of the problem: Lammy takes issue not with a stance taken by Comic Relief or an aspect of its approach to sensitive matters, but rather with the skin colour of the faces he sees on television.

Comic Relief has objectively produced a colossal net benefit to the world since its inception in 1985. As Dooley points out, in that time it has raised over a billion pounds, and its yearly takings continue to climb. Why, then, should Lammy, who purports to represent the interests of the poor and marginalised seek to attack what is evidently a thoroughly good cause? Irrational and self-defeating as it may seem, Lammy espouses the view that is sadly prevalent throughout the modern left: that identity is more important than material reality.

Ideas around the white saviour narrative are well-established within academic sociology. Sociologists such as Desmond and Emirbayer (2009) and students of sociology like Eric Jordan (2016) build on ideas originating with W. E. B. Du Bois in their writings, in which they decry aspects of contemporary media as racist owing to its portrayal of complex relationships between characters of different ethnicities, with little regard for context or underlying thrust. Works of fiction such as the Oscar-winning film Green Book have come under fire, but non-fictional media such as Comic Relief films often invokes a yet more emotive response, since it pertains to real-life people and communities.

Seeing famous faces on our screens introducing us to communities in dire need of help is an extraordinarily effective method of encouraging people to donate to charity. Surely, the race of the celebrities in question ought to be totally irrelevant. Ultimately, Comic Relief’s raison d’ être is one with which everyone ought to be able to agree and on which all subsets of society and sectors of the political spectrum should be able to coalesce. And yet, the progressive left stubbornly stands in the way.

Lammy suggests that the problem could be solved through the replacement of foreign celebrities with local ones. “[It’s] about you giving some of your very privileged platform on the BBC to the hundreds of African comedians, filmmakers and celebrities and everyday people who live on the continent,” he writes. It is difficult to imagine a person missing the point of something more spectacularly than this.

Lammy appears to believe that the purpose of Comic Relief is to give a boost to African showbusiness; it is, of course, painfully obvious that this is not the case. The express aim of those films is to persuade British audiences to part with their hard-earned cash, so it would make little sense for African celebrities, who are presumably largely unknown to viewers in the UK, to star in them, rather than the familiar faces that we know and love.

By making this argument, Lammy unequivocally exemplifies privilege. Those who are on the receiving end of these charitable investments cannot afford to moan about which identity groups the British celebrities who come to visit them belong to, nor would it make sense for them to want to do so. The funds that they receive from Comic Relief will have the same value and be just as beneficial, whether they are raised by Stacey Dooley, Sir Lenny Henry, or some unknown African comedian.

Not only does Lammy live in the UK, but he is also a Member of Parliament, making him one of the most privileged people in the world. He (like other prominent public figures and academics) has the social capital to engage in these kinds of fatuous, identitarian debates. If Lammy truly cared about charity and providing help to those who need it most desperately, he would not be seeking to undermine one of the most fruitful vehicles for doing that.

This fundamentally meaningless feud is emblematic of the problem with progressivism as a whole. It insists on rejecting meritocracy and focussing not on individuals’ inherent worth, but rather on immutable aspects of their identity, such as race. In 2019, have we not yet reached a point where we can look beyond race to see the person underneath? Why do so many still insist on framing their worldviews in such regressive, identity-driven terms?

It is one thing to bite the hand that feeds you. It is entirely another to attempt to lop off the hand that is feeding someone else, especially when those in question live in some of the poorest communities in the world.

Jason Reed is studying for a BSc in Sociology at the LSE. He is also a political analyst and freelance writer and editor.