Sixty years ago, in November 1959, Richard Titmuss, Professor of Social Administration at LSE, gave a lecture on “The Irresponsible Society”.

Rereading the lecture, available as one of his reissued Essays on the ‘welfare state’, raises the question of whether he – and we – would see Britain today as more or less irresponsible than then.

Titmuss was cross about several things.  I will discuss five.

First, irresponsible power.  He was exercised by the power of financial interests, and the men who ran insurance companies and pension funds.  They were not “wicked men”, but the scale of their “sober, profitable, responsible decisions” meant that “social policies will be imposed without democratic decision”, literally irresponsibly.  In 1959, UK pension funds had assets of £2.3 billion, 10% of national income.  Today they have assets of £2.3 trillion, a greater sum than GDP itself.  And it is easy to see what he would also made of banks that were ‘too big to fail’.

Second, the welfare state myth.  Here and elsewhere in his writing he bewailed assumptions that the post-war consensus meant social problems were on the way to solution.  He drew attention to “welfare for the better off”, through spending and tax reliefs, and argued that the recently introduced system of ‘contracting out’ from part of state pensions in return for lower National Insurance Contributions could “undermine the whole state system of social security”.

Maybe here he was too pessimistic – public spending on health, education and social security was 12% of GDP in 1959; today it is 22%.  But he was right that we were probably too optimistic about solving social problems in 1959 – today, we are much less optimistic.

Third, the role of education.  He criticised the “current obsession which sees education as capital investment for the purpose of ‘keeping up in the economic race’”, surely even more of an obsession today, with ever more detailed calculations of the net present value of different degrees.  Another thing has changed little.  In 1959 Titmuss wrote in surprise that, “government by the people could mean that power … could lie permanently in the hands of those educated at Eton and other public schools”.  Old Etonians have, at time of writing, been Prime Ministers for seven of the last ten years.

Fourth, public affairs.  Alongside the undemocratic power of finance, he railed against, “a national press which has, as whole, steadily taught the public for 15 years to sneer at public order and public service and admire cupidity and acquisitiveness”.  Today we have not just relentless attacks on ‘welfare scroungers’ in the tabloids, but propaganda rife through social media.

Finally, he pointed to the irresponsibility of accelerating inequality.  We know now that there had been a slight increase in income inequality between 1949 and 1959.  But then it started falling – partly after the political reaction to the work on poverty and inequality by Titmuss and his LSE colleagues, Brian Abel-Smith and Peter Townsend.  But then it leapt in the 1980s. For instance, in 1959, the post-tax income share of the top 1 per cent in the UK was 5.5%.  This fell to 4.2% in 1976, but by 2014 was 10.5%, nearly twice the level Titmuss saw as both the product and driver of irresponsibility.

What of today?  I would point to six areas to add to his five.

First, of course, Brexit.  Readers will have varying views, but I am with Donald Tusk, and his “special place in Hell” for those who had campaigned for Brexit without even a “sketch of a plan” for achieving it safely.  This is not just about the irresponsibility of the way that was done in itself, but also the way in which we have allowed it to suck attention away from issues that in any other era would have been central to politics.

Chief is the climate emergency.  If one is looking for irresponsibility in our society it is hard not to put at top of any list the adult generations who have carried on as if nothing had changed, thirty years after the evidence was clear to Margaret Thatcher amongst many others.  As a country we have great aspirations for progress by 2050, but the rise in greenhouse gas concentrations remains unabated, and we face the social challenge of achieving carbon reductions without putting the greatest burdens on the poorest.  The school strikes for climate and the momentum they have gathered are one of the few current positives.

Third, the ageing of society.  Increasing life expectancy is good news for those of us living longer.  But it is expensive.  The Office for Budget Responsibility’s projected effect is that standstill provision would take total social spending (on education, social security, health and social care from 22 to 26% of GDP by 2038, almost all the increase on health care).  This 4% of GDP increase is £80 billion in today’s terms, on top of keeping up with economic growth and incomes.  There was little sign in the tax and spending debates in any of the recent elections that politicians were responsibly facing up to the implications of this.

Fourth, intergenerational inequalities are increasingly hard to ignore.  From our own work in CASE we know that in the decade from 2005, they grew pervasively, whether we looked at pay, incomes or wealth.  In 1959 Titmuss quoted a Camberwell vicar, upset that those he was marrying would have to wait four and a half years on the waiting list for a council house.  Today getting into council housing so fast without special needs would look impossible.  One of the troubling features of the last 16 years has been the trebling of the number of families with children living with the insecurity and potential moves inherent in private renting. The ‘Bank of Mum and Dad’ is more important than ever in determining people’s housing careers, and life chances more generally.

Fifth, the holes in the safety net.  In 1959 Titmuss could assume that there was a national minimum guaranteed by National Assistance.  No-one would be ‘destitute by design’.  That is no longer the case, despite our national affluence. Last year’s State of Hunger report, the report of the UN Rapporteur, and the explosion in foodbank use, all point to the effects of holes in the safety net. These holes are created by escalating housing benefit shortfalls, the failure to rebate Council Tax in full for the poorest, the effects of benefit sanctions, and long delays in Universal Credit payments (and then the need to repay advances through lower benefits).

Finally, there is still inequality.  Although income inequality is in many ways no greater now than 20 years ago, it is hugely greater than 60 years ago. But we have come to tolerate it and to accept differences in the amounts people in the same organisations are paid that would have been unthinkable in the 1950s: our norms have changed.

In conclusion, I am not arguing that 1959 was a better time to be alive in the UK than today.

To start with the obvious, British men of my own age, 65, could then expect to live on average 12 more years in 1959; today it is 22 years.  London Novembers in the late 1950s had 20 hours less sunshine than today.  Real median incomes have trebled.  While the gender pay gap remains, it is far less than then.  And looking beyond social policy, in 1959 we were just three years from the Cuban missile crisis, apartheid was entrenched, Black Americans were legally denied civil rights, and the Iron Curtain was firmly in place. But we can match many of these global concerns with the new, systemic risks we currently are ignoring – and they come on top of the many problems that continue to echo Titmuss’s concerns.

But in terms of irresponsibility, on the climate emergency alone, as well as through the lack of a conversation about the need to raise taxes to meet the needs of an ageing population, and in our tolerance of inequalities unimaginable in the late 1950s, the case is surely against us.

John Hills is Richard Titmuss Professor of Social Policy. This article is an edited version of a lecture given at LSE in November 2019.  A recording of the lecture and discussion afterwards is available here.

Professor Sir John Hills is Richard Titmuss Professor of Social Policy at the London School of Economics and is currently Chair of CASE. He was co-director of the LSE’s interdisciplinary International Inequalities Institute from 2015-2018 and was director of the Centre for the Analysis of Social Exclusion (CASE) from 1997 to 2016. 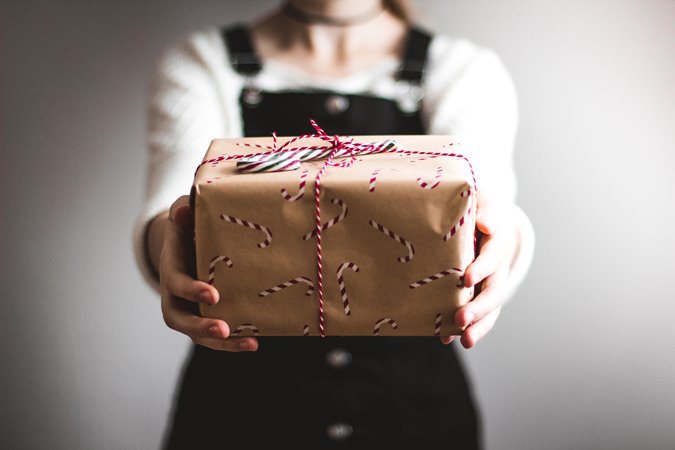 Poverty premiums and hidden burdens faced by low-income families during the holiday season: could expanded social welfare programs be the solution?