LSE’s Dr Mukulika Banerjee introduces a new interdisciplinary research project that will examine electoral politics at the grassroots level in India to analyse evolving forms of democratic governance and ask ‘why people vote’.

On July 2, 2012, LSE’s Seligman Library hosted a workshop to mark the launch of a new three-year project funded by the Indian European Research Networking Grant, of which LSE is a partner. The guest speaker on this occasion was Dr S. Y. Quraishi, who retired as Indian’s Chief Election Commissioner in June 2012. Dr Quraishi talked eloquently and candidly about the challenges involved in holding the world’s largest elections in India, whose 715 million-strong electorate exceeds the size of several other democracies combined. He presented facts and figures but also shared his personal observations of having conducted elections at this scale, describing his interactions with politicians, bureaucrats and voters. The invited participants included London-based colleagues who are part of the EECURI project as well as others who have an interest in Indian elections. They represented a range of disciplines from anthropology, political science and history. 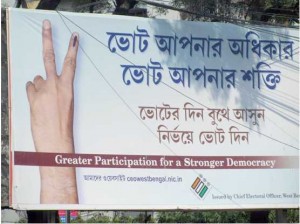 This workshop was the first of several meetings that will be held over the next few years to discuss aspects of a large-scale interdisciplinary research scheme (with partner institutions in Europe and India) that aims to uncover the reality of democratic governance in contemporary India. Forms of rule and popular responses to them are rapidly changing in liberalising India, yet we have no coherent body of data or theory with which to understand these, even though speculation on what shape they are taking is widespread in the public sphere. This project will fill this absence with micro-level ethnographic investigation across urban and rural settings. It will also unite the considerable pre-existing intellectual and fieldwork expertise at LSE and at partner organisations in Europe and India in a genuinely collaborative effort. The project will involve primary research, theoretical workshops and training sessions at institutions in India and LSE and hopes to generate new data-sets and academic publications and facilitate a transfer of skills between institutions.

The collaboration will address the political domain of democracy through an examination of electoral politics at the grassroots level. The aim is to create insight into evolving forms of democratic governance based on long-term research and intensive engagement with the realities of contemporary India.  I will lead LSE’s participation by exploring the politics and ethnography of state and local elections from 2012 to 2015.

The project will also organise a programme of research and workshops geared towards analysing India’s state and local elections from 2012-15. Since 1989, India’s states have become the primary arena in which citizens exercise political choice. The reinvigoration of Panchayati Raj (village-level councils) institutions in the early 1990s has stood alongside deepening political participation among previously marginalised lower castes and classes, the spread of literacy and the delivery of new forms of government schemes overseen by local panchayats.

Yet it is also true that village panchayats have very little power when compared to state and central levels of government, as power weakens the more local the tier. Yet, electoral participation gets more intense the closer to the village it takes place and the voter turnout rates for panchayat elections are the highest among all turnouts at other elections. If voter turnouts are inversely proportional to the power that the representatives actually wield, why do voters bother to vote and that too with such enthusiasm? Is this completely irrational behaviour as economists might argue or is there more to this paradox than meets the eye?

This project proposes to extend the ESRC-funded research I conducted on Comparative Electoral Ethnographies in the 2009 Lok Sabha elections. Under that project, a team of anthropologists spent a month studying electoral participation in 12 sites across India. In this study, the first of its kind, the same four research questions were examined qualitatively across the country to assess the impact of election campaigns on voters, the vocabulary of politics, the culture of the polling station and finally why people vote.

Results from this study (published in a forthcoming book entitled “Why India Votes”) show that while people use their vote as an instrument to gain material benefits, they also value the vote as a good in itself. It is an expression of citizenship, a discharging of a duty that is done in a spirit of reciprocity to the Election Commission of India that enjoys enormous credibility among the electorate. Voters also stressed that attitudes intensify manifold the more local the election, and this is certainly reflected in voter turnout figures. In the current project, the network will extend this analysis to look at how the attitudes of voters towards elections changes at more proximate levels of government and, more importantly, build on an analysis of ‘why people vote’ to understand ‘how they vote’.

A central question will be the role of government performance as opposed to patronage or clientelistic relationships between politicians and groups of voters in determining voter behaviour and election outcomes. There has been a marked shift in recent elections away from a trend of anti-incumbency voting in which state governments were regularly defeated after one term of office. This has led to the assumption (borne out, to an extent, by survey evidence) that government performance increasingly influences election outcomes and underpins the re-election of some state governments.

Yet many politicians – and political analysts – continue to assume that patronage plays a central role in determining voter behaviour. This project will therefore use ethnographic methods to assess the impact on voter behaviour of a number of new government programmes such as the National Rural Employment Guarantee Scheme (NREGS) and other universal benefits, which are to some extent insulated from patronage bosses. We will also examine whether the introduction of the unique identification (UID) has led to an increase in the ‘political capacity’ among the poor.

Dr Mukulika Banerjee is Reader in Social Anthropology at LSE’s Department of Anthropology. 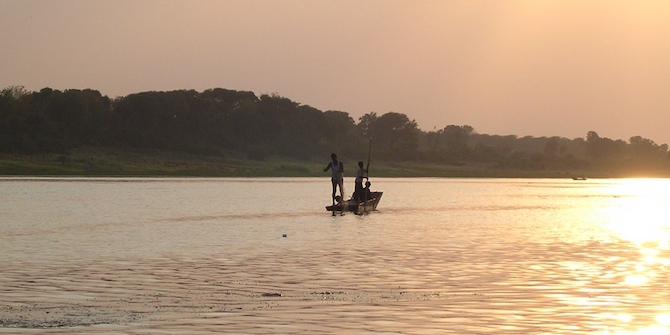 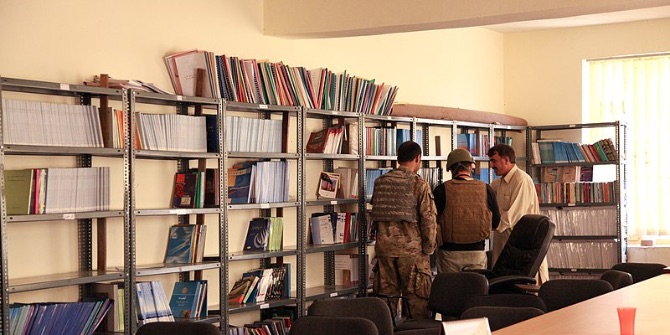 Bad Behavior has blocked 2597 access attempts in the last 7 days.