Speaking at LSE this summer, Dr Manju Singh, the 2011-12 Sir Ratan Tata Fellow at the Asia Research Centre, examined the gender inclusivity of the Mahatma Gandhi National Rural Employment Guarantee Act (MGNREGA). Launched as the largest employment programme in history, MGNREGA offers 100 days of guaranteed wage employment in every financial year for unskilled manual workers. Dr Singh explained that although promoting gender equality was not an explicit goal of the act, MGNREGA has spurred female participation in the Indian workforce. However, she argued that the non-availability of precise data on female involvement raises more questions about MGNREGA’s impact on female empowerment than it answers. 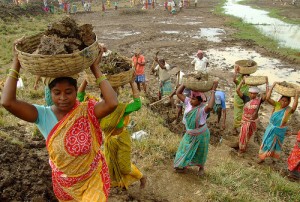 These statistics imply that MGNREGA fosters great gender inclusivity, especially given that women form only 28.7 per cent of India’s total workforce according to the latest National Sample Survey Organisation data from 2004-05. Surveys suggest that the programme attracts and poor and migrant women in particular.

Moreover, according to Dr Singh, MGNREGA is promoting gender inclusivity because it gives women a supervisory role in projects, helps women establish savings groups and sets the precedent to bring more women into the workforce (in many states, MGNREGA is the only avenue for female employment). These gains, argued Dr Singh, help counter charges against the programme of being nothing more than an attempt at fiscal populism.

This does not mean, however, that the programme is without faults. Dr Singh pointed to MGNREGA’s many shortcomings that equally affect male and female workers, including delayed payments, failure to meet job demand leading to continued distress migration, and a focus on infrastructure development rather than long-term social reorganisation and uplift. In terms of women, specifically, Dr Singh pointed to the need for more crèches at work sites and a higher quality of care for the children of working mothers who were able to avail of childcare facilities.

Dr Singh concluded by pointing out that the true impact of MGNREGA on closing the gender gap in the Indian workforce could not yet be determined owing to a lack of women-specific data (gender-segregated statistics about MGNREGA employment, details of previous female employment trends, wage expenditure and other information remain difficult to obtain). Ultimately, Dr Singh said that while MGNREGA’s gender equality indicators were positive on the whole, it remained unclear whether it was having any overall impact on the Indian workforce, for example, by exerting an upward pressure on women’s market wages, promoting savings among women, and transforming social mores about working women. As such, Dr Singh’s talk highlighted the need for more detailed research on women’s employment trends and future prospects for female participation in the Indian workforce. 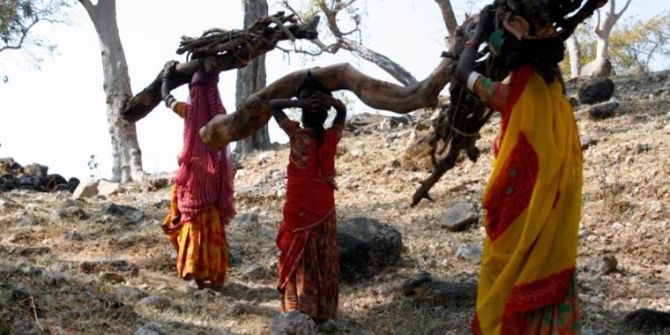 Bad Behavior has blocked 1307 access attempts in the last 7 days.