Dr Shakuntala Banaji asks whether future audiences of Hindi cinema are to be denied the creative and politically charged offerings of Yash Chopra’s early oeuvre.

Yash Chopra, India’s legendary Hindi film-maker and director, died on October 21 and his passing is being mourned in private and public by family, friends, and fans. Here in London, he is being remembered at the School of Oriental and African Studies, where he was an honorary fellow, and tributes to him have been pouring out across the internet. International scholars watching some of the more vapid contemporary romances released under the YashRaj Films banner might be forgiven for wondering what all the fuss is about.

After all, there have been other notable deaths this year amongst the international intellectual community, for instance that of British historian Eric Hobsbawm. Hobsbawm was a committed Marxist and his history was always full of references to history-from-below, while Chopra always seemed to occupy the political centre-ground. Although Chopra’s films are not theoretical in nature, there are similarities between the work produced by these men.

While Chopra’s later films – including the deliberately naïve and politically problematic but nevertheless tender and lyrical “Veer-Zaara” (2004), a love story between an Indian and a Pakistani –  have airbrushed out issues of class conflict and wider social unrest, this was not the case for his early work. In the 1950s and ‘60s, and particularly the ’70s, Chopra’s films paid close attention to the texture of everyday life amongst a cross-section of Indian society, documenting sweeping changes in India that are not as well reflected in the films of other directors more famous in the West.

“Deewar”(The Wall, 1975) and “Trishul”(Trident, 1978), the two most memorable Hindi films of my childhood, were both shot through with social and political angst, replete with sequences in which tower blocks and shipyards are juxtaposed with luxury skyscrapers and air-conditioned offices. Scenes of injustice dominate the psychic landscape in a similar manner. Anger at inequality and betrayal and the hero’s questioning of expected social relationships and familial bonds were the motivating forces in each of these plots. In “Kaala Patthar” (Black Stone, 1979), a hero with a tragic past gains redemption through solidarity with his fellow miners during a mining disaster. The hero’s psychological torment and the dangerous conditions in the mine unfold side-by-side on screen, without being sugar-coated for a wealthy, urban, twenty-first century ‘mall’ audience.

Nor did the central characters in Chopra’s films over the following decades lose any of their bitter contradictions and psychic complexity. In fact, his films put the soft-focus romance and political apathy of many contemporary ‘Bollywood’ blockbusters to shame: infidelity, bigamy, adultery, and thoughts of suicide were melded with secularist discourse, religious passion, and physical intimacy, alongside a constant questioning of idealised middle-class Indian masculinity. Whatever Chopra’s famous-but-reclusive director son Aditya Chopra might have believed when he filmed Shah Rukh Khan saying “I am an Indian man and I know the value of chastity for an Indian girl” in the Swiss hotel sequence in the blockbuster “Dilwale Dulhania Le Jayenge”(The One with the Heart Wins the Bride, 1995) – and whateverthese films’ extremely diverse audiences in India, Europe, Africa, and North America made of such dialogues – his father rarely made films where political questions around family, gender, class, or sexuality were given such glib answers.

Curiously, as the centenary of Hindi cinema is upon us, my thoughts have for some months been turned towards the question of where this cinema as a whole is headed—aesthetically, politically, and in terms of its success at the box office. The passing of a questing filmmaker such as Chopra, whose intellectual and psychological curiosity for the most part got the better of prejudice and resulted in a plethora of intelligent films, makes this question all the more pressing.

While spectacle and melodrama are still pleasurable and Hindi films not necessarily any the worse for being cast in that mold, should we all, as audiences, have to work so very hard to find ourselves and our concerns about employment, justice, housing shortages, childhood, rural-urban divides, religious intolerance, pogroms and sexuality (to name but a few) thoughtfully raised or inflected on screen? Will the very diverse audiences of Hindi films across India and the rest of the world be denied the kinds of creative and politically critical offerings in Chopra’s early oeuvre because two decades of right-wing Hindutva politics at state and national levels have scarred the industry to the point of no return?

Just as the best possible lesson one might learn from a great historian would be to learn how to engage and inhabit the present through narratives of the past, the best possible tribute to Chopra would be for us, as an audience, to shun Bollywood productions that do away with the controversial and uncomfortable themes that made his films famous.

Dr Shakuntala Banaji is Lecturer in LSE’s Department of Media and Communications. 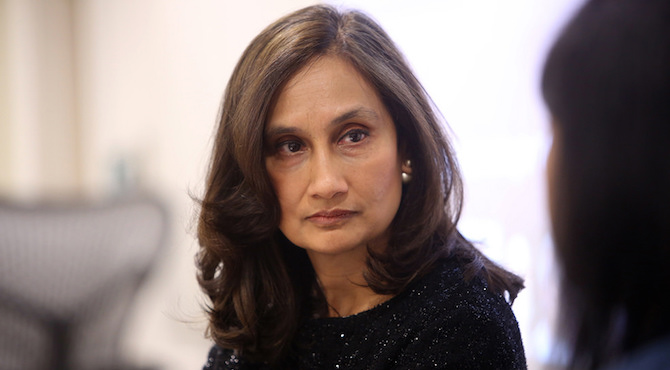 Bad Behavior has blocked 5094 access attempts in the last 7 days.