Lawrence Liang, co-founder of the Bangalore-based Alternative Law Forum, discusses the legal role of Section 66A with Olina Banerji.

Media and civil society actors have described Section 66A as “draconian” and rubbished the 2008 amendments to the Information Technology Act. In your opinion, is the law incorrectly worded or incorrectly interpreted and implemented?

The provision contains a number of vague and undefined terms such as ‘grossly offensive’, ‘annoyance’ and ‘inconvenience’, all of which can be given a wide berth in terms of interpretation, especially when the person interpreting the law is an overly sensitive person or a police officer. This is not merely about incorrect interpretation and implementation but the very existence of some of these vague categories [within Section 66A]. Typically, any restriction on speech in India has to satisfy the reasonable restriction test in Article 19(2) of the Constitution and the limitations placed thereunder, and none of these terms satisfy that test. 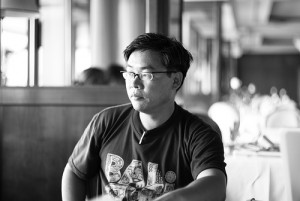 Is it possible to curb hate speech and rumour without the provisions under Section 66A?

Yes and no. While speech acts such as hate speech and rumours can be tackled through existing laws, there are other elements of speech online such as spam, which are not currently covered by the law—Section 66A in part attempts to deal with those problems. But the scope [of the provisions] should either be clarified within the Act itself or the judiciary should read down the provisions to cover a narrow range of speech acts.

What amendments would make the Information Technology Act more constitutional?

As long as words like “offensive” [are included in the Act], the scope for misuse will remain high. If there is to be a clarification, it should be of a nature that aligns the term ‘offensive’ to existing definitions such as those that exist in Sections 153A or 295A of the Indian Penal Code. While these are not great provisions in themselves, at least their scope has been narrowed down through judicial interpretation. That said, this is much like a choice between the devil and deep sea; in an ideal world, we would do away with terms like ‘offensive’ and ‘annoyance’ altogether from the Act.

What changes are required in terms of enforcement of the law in matters of breach? Are new guidelines that require senior police officers to approve complaints under Section 66A against online material sufficient?

The biggest problem right now is that the police can act on the basis of a complaint or suo motu. As with the sedition law, what is needed in terms of checks and balances is a requirement of sanction from the government for prosecution. This will dilute the immediate problem of knee-jerk reactions by the police.

Click here for an analysis of the constitutionality of Section 66A.