Tomorrow Suhel Seth will participate in the LSESU India Forum. Ahead of the conference, he spoke to Saanya Gulati about entrepreneurship, political branding, media polarisation and why he is looking forward to taking part in the conference.

The LSE India Forum will be covering topics across finance, entertainment, media and politics. You have experience in almost all of these areas. Could you start by telling us a little bit about your personal journey, and how you got to where you are?

I started with advertising in Ogilvy, and then moved to investment banking with Peregrine. From there, I started my own agency Equs with my brother, and then in 2006 I started Counselage. In parallel, I’ve always been involved with writing. I’ve written 5 books, and I write a weekly column, which is on current affairs. I’ve been involved with theatre and cinema, so it’s pretty widespread. It’s interesting, because in Counselage, I only advise CEOs on branding and marketing, so you get a first-hand view of the business scenario across the world. It’s a huge cross-continental experience that you get.

How do you manage to not get involved with Public Relations (PR)? Isn’t the communications industry becoming more integrated now?

On the contrary, it’s not. In fact, I was the first person to keep advocating for specialists. In the good old days, many advertising agencies started their own PR wing, which to my mind was counterproductive: one was talking to consumers, giving a value proposition, and the other was trying to pepper over issues, which never works. In India, PR is seen more and fixing and lobbying, so I find it better to not be involved in those activities.

Could you talk a little bit more about your journey as an entrepreneur?

I think it’s fascinating in India, if you do two things right. Number one, you need to be a humongous risk taker, because Murphy’s Law is always operational. You never know what’s going to go wrong when. The second is that we are by nature a nation of entrepreneurs. You can either work for someone for 48 hours a week, or you can work 24/7 for yourself. It is not the work that comes in the way, it is the joy that you get out of creating something.

How do you think that the environment for entrepreneurs is changing in India?

The ease of business by and large has improved. There’s less and less corruption. I cannot say that corruption has completely been eliminated, and it probably never will be. It hasn’t been in any country, so to expect India to suddenly be corruption-free is ridiculous. But yes, more and more people are not going for stereotypical jobs. Earlier the classified marital columns would say IAS, IPS, and IFS. All of that is gone. More and more people are willing to take risks because failure isn’t as castigated as it used to be. Earlier, people didn’t take risks because they were worried about failure not from a failure perspective, but from a societal perspective. They were worried about what people would say if they started something and failed. Today failure isn’t as castigated, failure is accepted as part of doing business. When that happens, the entire sociological parameter changes. That, to my mind, is interesting.

What are your expectations from Startup India?

I think it’s a great idea. That the government has set aside almost $2 billion as a fund is a welcome step. They’ve removed many corporate restrictions, they’ve simplified taxation and the filing of returns. They are going out of their way to inspire people to start on their own. With a population of almost 250 million below 35, to expect everyone to get a structured job is impossible. Our skilling mission is not going as well as it should, so I do not think that people will and can get structured jobs as you and I know them. If they can start something on their own, and get the funding, then well and good.

Do you think the idea of having a structured job is becoming more irrelevant in today’s job market?

Absolutely! Your entire social parameter is changing. More and more people are working out of home. There’s no such thing like “have you gone to office today?” When all those social norms disappear, then there’s more ease, and more willingness to experiment. That willingness to experiment was missing from our entrepreneurship up until the 1990s, or 2000s. Even people in structured family businesses are looking to start up on their own. They’re not looking at inheritance, they’re looking at innovation.

Political branding is becoming a popular catch-phrase today. Everyone’s trying to analyse the success of the Modi brand, and many are trying to emulate it. Do you see a bigger space for political communications in India?

Yes. I started it in 1999 with Vajpayee’s brand, which I handled. After that I have a rule, which is that I don’t do political advertising or marketing. I think there’s a lot of corruption involved. Of course, if there’s an individual political brand that is someone I respect, I would venture to do that.

Political branding is becoming important because communications is becoming important. You can’t have communication without branding. Or vice versa. So it’s a chicken and egg situation. More and more parties are looking at structured communications, strategic communications, using strategic tools like research, consumer sensitization, social media to reach out and give their messages, because there’s increasing clutter. Up until the 1990s you had two political parties. Today regional parties are as important. When you see this splintering through the middle, you realise the need for more accurate and precise messaging. Besides, more and more people are coming into what I call the communication spectrum. Earlier, half the population didn’t have a mobile phone. Today, there is 96% penetration of mobile telephones. The traditional models of political marketing are changing. Earlier, there was video-on-wheels. Now that’s out! I can send you a video on your phone.

Which politicians do you think are getting it right?

Where do you think India’s communications industry could improve, compared to the global landscape?

I think where we’re lacking is in strategic communications. What we’re doing is volume over value, tactical over strategic, more mass than customised. The time for bespoke and customised communications will also arrive.

Since you make a lot of media appearances, what’s your opinion on the recent JNU incident and how the media reported it?

There are 3 factors to consider. Number one, was a law broken? As per the current statutes, yes it was, if it’s seditious. Do they need to go to jail? Yes. People can’t break the law and say it was freedom of expression. Number two: should they have been arrested, should we have made it a big deal? I don’t think so. I think we gave these people too much of fame for too little. The Kanhaiya’s and Umar’s of the world didn’t need this.

Third, the media was grossly polarised. The problem with this government and the current political dispensation, which includes the opposition, is we’re creating polarity where we should be creating unity. We’re creating divides where we should actually respect diversity. That to my mind is something terrible, because we’re not going to get away with creating a polarised society. You can’t make people go back to the times when they only remember their religion, or cast or their sect, you’ll never build a cohesive India.

What the media is doing is pernicious, and I said that in my Telegraph debate as well. The 9 PM news is now driving the national agenda, not developmental news. So, you have to replace that news with development. Even some of us are guilty for coming and outraging, but over time that has to change.

Do you see a larger space for independent media, with more digital news platforms?

We’re seeing that. You’ve got Quint, you’ve got Scroll, and the Wire.

But they’re still not driving the agenda?

What are you looking forward to at the LSE India Forum?

I am looking for more academic, cerebral engagement with students. I am trying to understand what they feel about some of the issues to come up. It is very easy for students to pretend they’re liberal, but when you scratch the surface they may be as polarised as you can imagine. What I am trying to assess is this new international student group, how do they view India? How do Indian students studying in a global environment, bereft of all the polarisation, how are they viewing what is happening in India? Finally, from the LSE India Forum, I’m trying to see how we can resolve our political and social issues from an economic prism. Sometimes money on the table or food on the table does not make you get into the nonsensical stuff. It’s a typical idle mind, devils workshop scenario, so if we can bring about that change or see how it can get resolved, that’s a big step forward.

Suhel Seth is managing partner of consultancy Counselage India, the only strategic marketing and branding consultancy in the India, founded in 2006. Mr Seth is also an accomplished author and columnist. He regularly appears on Indian news channels and writes columns in several publications including Daily News and Analysis, The Financial Express, The Financial Times, London Times and Business India. Mr Seth is also a board member of several international corporates including Cavendish and RADA and on the regional boards of Citibank, Coca Cola, Drayton Capital and Max Foundation 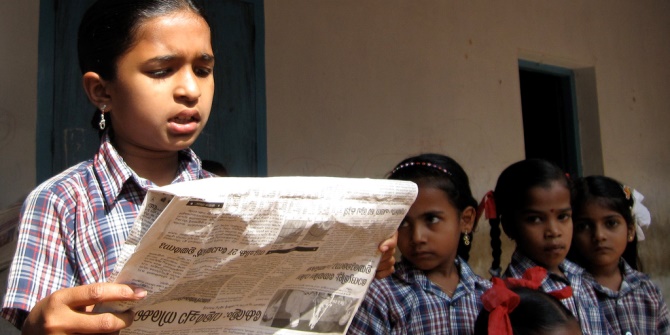 Top 10 economic and development challenges for India in 2016

Bad Behavior has blocked 926 access attempts in the last 7 days.