“History repeats itself twice,” says an advisor to Cyril Radcliffe in the play, Drawing the Line. “First as tragedy, and then as farce”. Indeed, there are many elements of farce in the new production from playwright Howard Brenton and producer Howard Davis, which recently closed at the Hampstead Theatre in London. Drawing the Line reimagines Cyril Radcliffe’s mission in 1947 to ‘draw the line’ and divide the Indian subcontinent, then under British rule, into two independent, sovereign countries. While occasionally taking a whimsical view of the grave event – earning laughs off Radcliffe’s bout of stomach flu as well as the not-so-secret tryst between Jawaharlal Nehru and Edwina Mountbatten – the play offers a new avenue to explore the complexities of Partition, which lose none of their emotional charge some 67 years after the event. 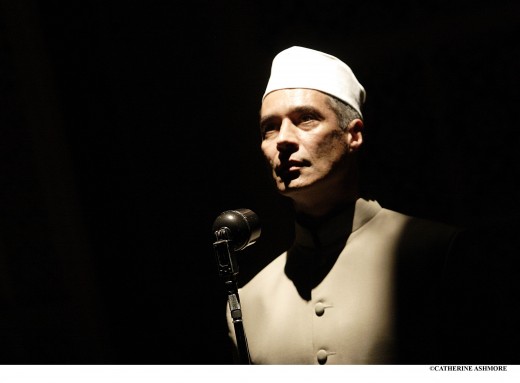 Cyril Radcliffe, played excellently by Tom Beard, is presented as the ultimate tragi-comic character, armed with the very best of intentions, but completely out of his depth. By his own admission, Radcliffe previously only ventured out of London to holiday in Europe and possesses no knowledge of cartography. And, as his wife Antonia (Abigail Cruttenden) nervously points out, he knows “bugger all about India.” It also doesn’t help that he has only five weeks to complete his task. As the significance of the task ahead of him dawns on Radcliffe, the audience too is made discomfortingly aware of the bloody import of this one of action of a political novice.

In an early scene in the play, Lord Mountbatten (Andrew Havill) flippantly remarks that a hundred thousand deaths would be “an acceptable level of violence” for Partition. Radcliffe is horrified on hearing this, and begins his descent from apprehension to alarm, then physical sickness to utter despondency. He also finds himself entangled in the political machinations and vested interests of all sides, not least of which is the torrid affair between Nehru (Silas Carson) and Edwina (Lucy Black). Provocatively, writer Howard Brenton suggests that it was with the aim of ending this affair that Lord Mountbatten sought to expedite Partition, thereby sacrificing a subcontinent to save his marriage–a metaphor for the self-serving nature of colonial rule, perhaps?

Radcliffe’s two advisers hardly serve him better. Rao V. D. Ayer (Nikesh Patel) and Christopher Beaumont (Brendan Patricks) both have their loyalties firmly entrenched, and seek to shift Radcliffe’s line in accordance with their own political allegiances.  Ayer was “recommended” to Radcliffe by Nehru, to whom he reports every development, while Beaumont surreptitiously forwards updates to Jinnah’s Muslim League.  The only common ground between Radcliffe’s advisors,  it seems, is their shared educational background and a mutual love for gin and tonic. Every other tract is hotly contested.

Failing to identify a rational or narrative explanation for the callous way in which the British divided India, the playwright relies on theatrical licence. Brenton suggests that divine inspiration (or is it just a feverish delusion?) guides Radcliffe’s hand toward the drawing of the final line. Lord Krishna (Peter Singh) appears before the beleaguered judge and advises, “Do your worst.” The line is drawn–through villages, communities, families. Pakistan, which existed as ideology, in the hearts of the Muslim villagers we meet in the first scene of the play, is given earthly boundaries.

Through humour and wit, coupled together with an unflinching honesty, Brenton  highlights the arbitrariness, absurdity and tragedy of the circumstances that precipitated the displacement of some 14 million people in the Indian subcontinent. The play serves as an apt reminder that there remains a need to confront this historical event from as many angles as possible, including the sometimes overlooked perspective of the now much maligned demarcator of boundaries. We still have much to learn about the personalities and pressures involved in bringing about the Partition of the Indian subcontinent, and Drawing the Line provides one such opportunity to do so. 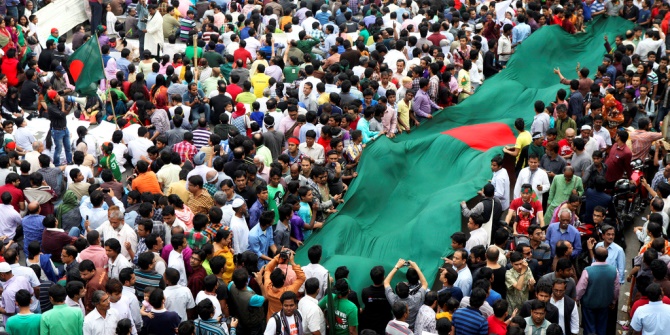