Pallavi Bansal argues that the exchange of media content between the long-time rivals could foster improved bilateral ties.

The terrorist attacks in New York on 11 September 2001 brought the world together and redefined global solidarity. Condolences also poured in from all over the world when billions of people watched the brutal attacks in Mumbai on 26/11. Tears were shed globally when a student from Delhi was barbarously gang-raped. Malala Yousafzai received applause from every corner of the world for her staggering act of bravery in resisting the Pakistan Taliban. And these days, the world is joining hands again to condemn the mass abduction of schoolgirls by the Boko Haram in Nigeria. 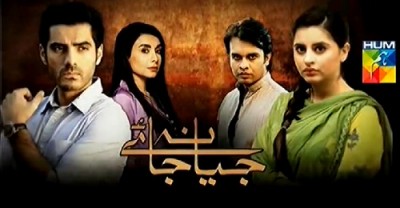 Such is the power of mediated cosmopolitanism that emphasis on social bonds rather than nation-states brings the world together as one global community. People establish an immediate connection when they witness the predicament of others on their television sets. The grasp of empathy transcends distance and discrimination on the grounds of ethnicity, colour, creed, enemy status and belief.

The rise of global transnational television networks has made world a true ‘global village’, enabling people to share internationally distributed content and foster tolerance of different cultures. Unfortunately, owing to longstanding animosities, India and Pakistan have not participated in this trend and continue to block the free flow of content across borders by imposing frequent bans. But things are changing: Zee TV has made an audacious move to bring Pakistani content to India with the launch of a new channel, Zindagi, which will air syndicated Pakistani entertainment content, particularly dramatised serials.

Analysing the impact of this initiative on Indian audiences is essential. Bollywood and Indian soap operas have been commended in the past for favourably changing the attitude of Pakistanis toward Indians. Indians who have visited Pakistan share tales about the warmth they experienced across the border. Hassan Zaidi, a senior journalist and organiser of international film festivals in Pakistan, has also pointed out that “Indian soap operas have gained popularity in Pakistan because they strike a universal chord by making family and domestic strife their basic themes.” Will Zindagi’s launch lead to similar reactions in India?

This is not the first time Pakistani content has been brought to Indian screens. Some shows were telecast in the 1980s and were widely appreciated by Indian audiences. But to trigger cosmopolitanism the exposure to foreign content has to be continuous. Banning content from across the border only dampens the prospective bond the two countries could have. Television shows offer tremendous scope for boosting cross-cultural interaction as they offer an opportunity for people to meet the stranger and appreciate the similarities in ways that promote tolerance.

Continuous exposure to foreign television shows also creates the illusion of a face-to-face relationship with the ‘other’ character, termed a ‘para-social interaction’ by Horton and Wohl (1956). The bond becomes stronger as viewers start feeling the pain and suffering of the characters depicted. “The framework explains, for example, why is it that when a ‘media friend’ such as Elvis Presley, John Kennedy or John Lennon dies or is killed, millions of people may experience a sense of loss accompanying the death of a relative or friend” (Meyrowitz, 1985, p. 120). In the present case, Indians could also experience a para-social relationship with the Pakistani television characters, enabling ‘positive’ sentiments toward their neighbor and helping to counter the persistent stream of bad news about Pakistan.

In today’s networked world such an initiative can be even more effective in terms of sparking a para-social interaction as it would inevitably be accompanied by a frenzy of blogposts, Faceook pages, and tweets. These would likely trigger opinions and debate among a range of people on both sides of the border. However, all this holds true only if the cross-cultural content does not face any bans as has historically been the case. India doesn’t allow the streaming of Pakistani channels and Pakistan doesn’t refrain from imposing bans on the screening of Bollywood movies and blocking Indian television channels. To truly foster cosmopolitanism and take advantage of the empathy it evokes, both India and Pakistan must not only lift the restrictions but also make an active effort to increase cross-border content trade.

This is a particularly good time for India to embrace Pakistani television content, given the growing concerns about bilateral relations under India’s new prime minister, Narendra Modi, given his controversial reputation and past ire against Pakistan. Modi’s decision to invite his Pakistani counterpart to his swearing-in ceremony in May raised hopes of the long-time rivals building a strong commercial relationship in the coming years. The legal exchange of entertainment and other media content should be prioritised as part of a revamped trading relationship, not only for monetary gain, but for the many cultural and diplomatic exchange opportunities it could foster. By increasing mediated cosmopolitanism, we could yet realise Eugene V. Debs’s words: “I have no country to fight for; my country is the earth; I am a citizen of the world.”

Pallavi Bansal completed an MSc in Media, Communication and Development at LSE’s Department of Media and Communications in 2012 and is currently working with The Times of India.

Posted In: Media | Security and Foreign Policy | Society and Culture