As part of a two day event co-hosted by the SOAS South Asia Institute, LSE Gender and Freedom without Fear, Professor of Modern History Tanika Sarkar and Activist Kavita Krishnan spoke at a panel discussion exploring the link between gender violence, neoliberal reforms and the Hindutva ideology. Sonali Campion reports.

On 12 February 2015, Tanika Sarkar, Professor of Modern History at Jawaharlal Nehru University, Kavita Krishnan, secretary of the All India Progressive Women’s Association (AIPWA) and editor of ‘Liberation’ the monthly journal of the CPI (Marxist-Leninist), visited London to reflect on the implications of the BJP government for gender issues in India.

“Is there a link between Hindutva and neoliberalism?”

In Professor Sarkar’s view, Hindutva and neoliberalism are connected “in their effects, if not in their intentions”. While the relationship between the Hindutva organisation RSS and the governing BJP may waver, events since the 1990s suggest that the two sustain and reinforce one another. For example, in embracing economic reforms, the BJP gains Hindutva the approval of corporate and popular powers who would not otherwise be interested in its agenda. Sarkar argued that Hindutva in turn provides the “moral frame” for authoritarian governance, which the stand-alone economics of neoliberalism had so far lacked. Furthermore, groups such as dalits and adivasi tribals – who are most likely to lose out as a result of neoliberal reform – are especially recruited for Hindu violence, which distracts from their own material distress with promises of betterment. This climate allows for the normalisation of coercion and dispossession, for example of minority rights or of basic entitlements of subaltern classes or castes.

It also leads to the normalisation of violence. Sarkar said that there seems to have been a “massive explosion” in the number of “public rapes” (described as such because they often happen in large cities and public places but also to exclude domestic violence, the extent of which is never calculated) since 2012. The form of violence is even more sinister than its scale: sexual torture, mutilation and often culminating in murder. Each day, a new case comes to light which seems to compete with the previous one in terms of brutality. Sarkar acknowledged that the increase in incidents may be linked to better reporting of the violence inflicted upon women, which led her to raise the question of how depraved incidents should be discussed in the media: is it the journalist’s responsibility to recount the full horror, or should reporting be minimised so as not sensationalise the violence or further traumatise victims?

India has one of the worst gender discrepancies in the world, largely due to the widespread practice of female infanticide and the neglect of female children. So is the prevalence of public rape simply a continuation of the traditional patriarchy in society? Sarkar argued not. Instead it is a manifestation of a new realm of “monstrous”, distinct but built on patriarchal hierarchies. She cited communal pogroms as “well-known sites for the monstrous” and described the 2002 Gujarat Riots as an example of this: “Bodies of profoundly vulnerable Muslim women were freely available for gang rapes, sexual mutilations, torture, killings…it went a step further and wombs were particularly targeted. Unborn foetuses would be hacked”. Sarkar sees 2002 as like ”a script for the later public rapes” and argues that it created an appetite for violent sexual acts even in non-riot situations. For example, Sarkar described upper caste rapes as “demonstratively public”, especially in villages where they can become like a village festival.

Sarkar then turned to why the Hindutva ideology held so much appeal, particularly to young men living in slums like the perpetrators of the notorious 2012 Delhi bus rape. She highlighted that they live in a world of extreme insecurity, where they are constantly tantalised with aspirations and images from the rich man’s world through a mass media which fails to reflect the realities of their own lives. The constant “see but don’t touch” of this environment feeds into a “ceaseless incitation and frustration of aspiration” which builds to rage that seeks out the more vulnerable. In this context, Hindutva often appeals as a unifying ideology which justifies violence.

Activist Kavita Krishnan began her presentation with two clips from ‘Muzaffarnagar Baaqi Hai…’ (Muzaffarnagar eventually…), a documentary about the 2013 Muzaffarnagar riots in which more than a hundred people were killed and almost 80,000 displaced. Krishnan selected clips which showed a politician deploying the language of honour to incite and justify violence, calling on the Hindu community to protect its mothers, sisters and daughters. Groups of women from the community were also interviewed, but revealed how they felt more threatened by high caste members of their own religion than Muslim men. Furthermore, the protection rhetoric negatively impinged on the interviewees’ lives by limiting their ability to go about freely, even in their own town.

The rallying cry of “save your daughters” has now been adopted by the BJP government as the slogan against sex-selective abortion. Krishnan does not see it is a coincidence that that the slogan has reappeared with new legitimacy in the development context, and argues that in practice it has the same meaning in both cases in that it justifies the control and surveillance over women.

The denial of women’s autonomy is a growing problem in India, one associated not only with Hindutva but with caste and other social structures. Krishnan therefore argued that the discussion needs to be widened beyond acts of sexual violence to recognise other ways in which repression is making itself felt. For example, the development agenda is often framed so activists campaigning for minority rights are branded as enemies of development. A Greenpeace activist was recently denied the right to travel to the UK to draw attention to the impact of a multinational mining company’s project on Indian peasants. Currently, violence against certain profiled communities is being justified as a legitimate reaction to an (often imagined) incident of sexual violence against a Hindu woman. Yet when it comes to seeking justice, victims and campaigners like Teesta Setalvad are often vindictively targeted for speaking out.

Returning to the theme of moral policing and the protection of women, Krishnan highlighted the challenges that have arisen in relation to women’s participation in the workforce. She spoke of female garment workers in Tamil Naidu forced to live in hostels, prevented from using mobile phones and from speaking to outsiders or male colleagues, all justified in terms of their protection. Those who transgress are subject to humiliation and physical abuse, to the extent that one worker committed suicide after being caught with a mobile phone. In this context, a pro-industry BJP government which has announced that companies can practise “self-compliance” with labour laws is problematic as it implies acceptance of these human rights abuses.

Professor Sarkar ended her talk by emphasising that, compared to most non-Western countries, India enjoys a positive global press. It is celebrated as the world’s largest democracy, as a modern country with a great civilisation and as a “hospitable sanctuary” for investment. Only on rare occasions does the world glimpse the horror of gender or caste violence – whether it is Gujarat 2002 or Delhi 2012 (though not, for example, the rape and murder of Thangjam Manorama by the army in Manipur, or the Khairlanji massacre). When these incidents are made public, it is imperative that the power structures that enable such grotesque behaviour are challenged.

Krishnan finished by saying that violence against women is not a new phenomenon. However, the ways in which violence is justified, legitimised and normalised as tools of governance and development under the current government is deeply alarming, and something which citizens need to confront.

There will be a screening of the film Muzaffarnagar Baaqi Hai… on 24 February 2015 at SOAS. Details available here.

Sonali Campion is Editor of the India at LSE blog. 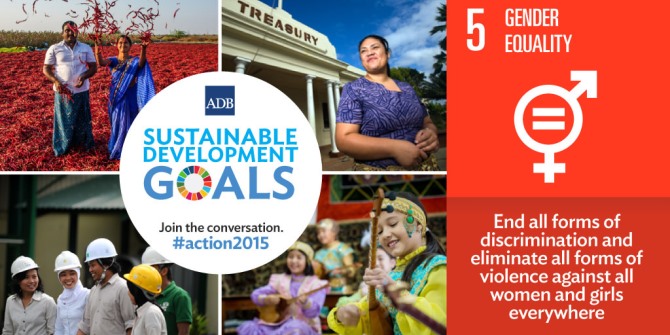 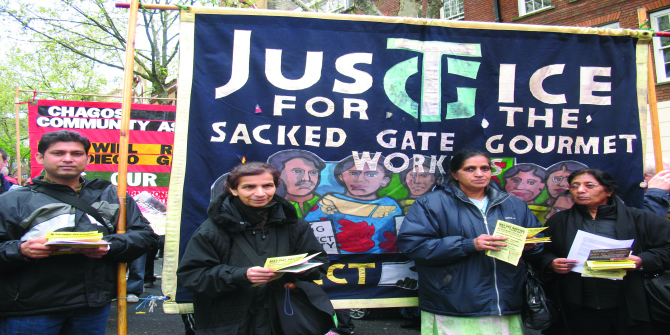 Bad Behavior has blocked 1111 access attempts in the last 7 days.