The Indian government’s failure to amend the Land Acquisition Act raises some critical questions about the so-called reform agenda. Maitreesh Ghatak and Parikshit Ghosh write that while Modi’s campaign brilliantly tapped into the aspirations of the electorate, it was rather vague on the road map to ‘acche din’. This was an advantage in the elections, but is proving to be a drag in governance.

Every economic problem to be solved assumes a political problem has been solved before it. The government forgot this important lesson, and now it has to beat a hasty retreat on the Land Bill.

In matters of economic policy, the Modi government is dogged by the criticism that it has failed to bring any new ideas to the table. So far, most of its initiatives are a continuation of the UPA’s schemes, repackaged with much fanfare. It came closest to a change, albeit a small one, when it tried to amend the 2013 Land Acquisition Act. Its failure to do so raises some critical questions about the so-called reform agenda and the Prime Minister’s resolve to push it through.

Supporters will point to the missing majority in the Rajya Sabha. Clinging to this excuse will not obscure the fact that this government has displayed a legislative and political timidity that stands in stark contrast to its energetic campaign before the Lok Sabha elections. We know from Narasimha Rao’s example that policy acumen and political charisma need not go hand in hand. Unless it gets its act together fast, the Modi government seems poised to prove that again, only in reverse.

Having the numbers is neither necessary nor sufficient for major legislative action. What is needed is a vision backed up by well-thought-out ideas, belief in those ideas and skill in parliamentary maneuvers like log-rolling and alliance-building. Rao’s minority government managed to fundamentally alter the course of India’s economy. The balance of payments crisis provided some political cover but pulling it off was still a remarkable feat.

In contrast, the current government’s game has lacked conviction inside parliament, and has been worse outside. Perhaps the thinking was that a decisive electoral mandate will automatically translate into popular support for whatever it tries to do, and an emaciated opposition will simply roll over. This complacence has now met with a strong dose of reality. The push to remove the consent requirement and social impact assessment from the 2013 Act, without even touching the jacked-up compensation amounts, was quickly and successfully branded as anti-farmer by opponents. The government’s feeble attempts to erase this taint came to nothing. The subsequent retreat has less to do with parliamentary arithmetic than the message war, which it lost badly.

What does this spell for the prospect of reforms? ‘Reforms’ is a buzzword among a section of the intelligentsia that was disenchanted with the Congress’s ‘populist’ policies, and perhaps saw in Narendra Modi an Indian version of Reagan or Thatcher. Broadly speaking, populists emphasise the need to make a frontal assault on poverty straight away, while reformists stress measures that boost productivity and growth as a means to tackle poverty in the long run. While these two goals are not always in conflict, there is a simmering tension between them that is never far from the surface.

One example is the budgetary question of whether to spend more on the social sector or on things like power and infrastructure. Land acquisition is another issue where the conflict looms, since many of the measures that protect the interests of farmers may make industrialisation difficult and expensive.

In India, where the average voter is poor and rural, how policies are framed in the public mind assumes great importance, therefore. Populists have an advantage since the pro-poor impact of policies like NREGA, the Food Security Act or farm loan waivers is immediate and apparent. Reforms in labour law, business regulation, infrastructure financing and land acquisition rules seem either distant from voters’ interests or in opposition to them. The reformists have their task cut out, especially with elections in large agrarian states like Bihar just round the corner.

The opposition’s framing of the economic agenda as the government is working to help big business at the cost of the poor will tend to stick since it is prima facie plausible. Selling reforms to poor voters requires a much more difficult framing: that sarkar is not indifferent to their plight but is practicing tough love; that it has embarked on a path which will bring larger but delayed rewards to the loyal. In the context of the land bill, the government’s challenge was to convince farmers that the prospect of industrialisation and alternative livelihoods made it worth putting up with fewer protections.

Arvind Panagariya, the head of NITI Aayog, has long advocated a strongly growth-oriented reformist philosophy, but many people will say that trickle-down does not work without enabling government policies. Economists like Amartya Sen have argued that a lot of assistance to the poor is not merely dole but investment in a productive work force through improvements in health, education and skills. Irrespective of whichever side one wishes to lean on in this debate, it appears that the reformists overestimated this government’s ability to persuade voters about the merit of their ideas, or even its own commitment to those ideas.

Modi’s campaign brilliantly tapped into the aspirations of the electorate. That it was rather vague on the road map to acche din was an advantage in the elections, but is proving to be a drag in governance. Rapid economic change is always associated with pain and uncertainty, especially if the strategy is to move away from populism. The government finds itself in a situation where it has encouraged many dreams but has not created the political ground for any tough choices that are necessary for fulfilling them.

The main flaw of the UPA’s Land Acquisition Act is that its compensation formula is completely top-down and ad hoc, which is why cumbersome procedural safeguards like consent and social impact assessment had to be stacked on to it. A more rational method of determining compensation, through competitive land auctions for example, would have made these superfluous and created an acquisition process that is both smooth and just. We will have to wait and see if the 2013 Act manages to lift us out of the quagmire. If not, the government will have a bigger problem to solve.

This article originally appeared 10 August 2015 on NDTV.com. It is reposted with the author’s permission.

Maitreesh Ghatak is Professor of Economics at the London School of Economics. Maitreesh is a regular contributor to the South Asia @ LSE blog. View previous posts here. 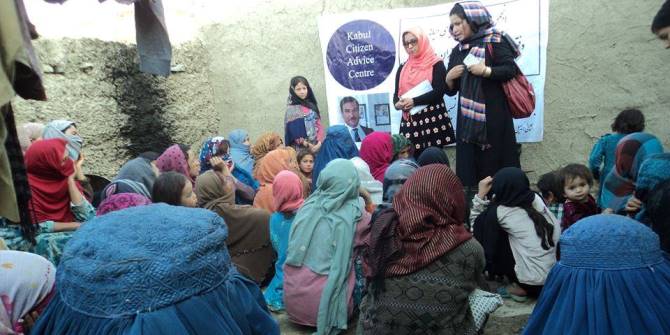