Recent months have seen worrying examples of government interference with educational institutions, culminating with the current Jawaharlal Nehru University (JNU) row. In this comment piece, Paroj Banerjee reflects on how the notion of nationalism is being reinterpreted by the BJP government and its supporters to limit the space for dissent and competing ideologies. On the flip side, she writes that the national and global outcry leave her hopeful that democracy in India can be preserved.

“Nationalism is our form of incest, is our idolatry, is our insanity. Patriotism is its cult… Just as love for one individual which excludes the love for others is not love, love for one’s country which is not part of one’s love for humanity is not love, but idolatrous worship.”
– Erich Fromm

I feel enraged, hurt and deceived. Enraged seeing some of my friends and fellow students in India being implicated under sedition charges for legitimate protest. Hurt to imagine that a few factions driven by right wing ideologies seem to have monopolised ‘nationalism’. Deceived because this government that came with the majority mandate on a platform of development is using political and institutional platforms to support ideologies of Hindutva.

Across time and political ideologies, the world has witnessed the onslaught on spaces of learning as a measure to prohibit diversity of opinions. The police crackdown on JNU students, and the subsequent arrest of the student union president Kanhaiya Kumar, is the latest example of state interference in academic institutions, seemingly in an effort to regulate public opinion and curb free speech using the rhetoric of nationalism. Universities and academic institutes that foster critical thinking are rich founts of progressive ideas. In a democracy, the independence of academic institutions plays a crucial role in creating a space where divergent views surface, debates flourish and dissent is tolerated. This is the space where even the most regressive views are allowed expression and are countered by historical evidence and refuted by logical rationality.

Recent events, such as the appointment of Gajendra Chauhan as the Chairperson of the Film and Television Institute of India (FTII), or the interference of the government in student protests – not just in JNU, but at Jadavpur University and Benaras Hindu University – that can and should be handled by the university administration, demonstrate that ministers have little desire to engage with intellectual debates around the politics they promote and the implications of their actions for secularism, individual freedoms and democracy in India.

So what happened at JNU? In line with the institution’s tradition of protesting injustice, students at JNU had planned an event where they would observe the death anniversary of Afzal Guru, who was hanged in secret on 9 February 2013, having been convicted of leading the 2001 attack on the Indian parliament. While his trial and the manner of his execution have been questioned by some of the finest legal minds of India, the meeting of students was to be used as a platform to debate the death sentence in India. It was also intended to be a protest against the unjust treatment of Dalit PhD student Rohith Vemula last summer, following a dispute during a protest against the recent hanging of Yakub Memon, convicted for the 1993 Mumbai bombings. As a result of his suspension from the University of Hyderabad, Rohith’s scholarship was terminated and he and four other students were banned from all public spaces on campus. He committed suicide by hanging himself in a hostel room on 17 January 2016.

The permission for the protest event had initially been granted by the JNU administration, only to be revoked after the student organisation ABVP (Akhil Bharatiya Vidyarthi Parishad), which has long had a close ideological association with the RSS on educational campuses, objected to the event on the basis that it was ‘anti-national’. A number of students then gathered to speak out against the ban. Kanhaiya Kumar’s speech in particular expressed frustration that the JNU had revoked permission, and raised larger issues of contention such as the government’s position on higher education funding, freedom of speech and the issue of caste-based discrimination that continues to plague Indian society.

As a result of the gathering, and reports of ‘anti national’ activities, police forces were given permission by the JNU Vice Chancellor to enter the campus and Kanhaiya Kumar was arrested. Police has also targeted five other students who allegedly participated in acts of sedition. Among them, Umar Khalid was particularly maligned by the media for purported links with Jais-e-Mohammaed (a terrorist outfit). Khalid only surrendered to the police on Tuesday after his family received threats and his friends were ridiculed on social media. Speaking on campus during the media frenzy, he remarked that he had never projected himself as a Muslim, yet this was the single identity imposed on him by the media seeking to make an anti-national scapegoat of him.

Questions need to be asked about the roles of the ABVP and government in order to analyse the environment in which the students in JNU were prevented from protesting, and their subsequent treatment (including the trial-by-media). How justified was the retraction of permission based on the expression of discontent by another student political wing? Kanhaiya Kumar’s speech raised extremely pertinent questions about the collusion of the JNU administration with the current government to undermine the democratic values:

There are still no clear answers to these important questions. The ABVP is certainly getting more powerful: its membership has almost tripled over the past decade and the group has experienced a resurgence at JNU, winning a seat in the student union for the first time since 2000. ABVP’s role in BJP victory in the 2014 elections was crucial. A recent article in a national daily in India reported that the proximity to the ruling party (many of whom began their political careers with the ABVP) has facilitated ABVP interference in campus issues. Conversely, the influence of left-wing groups has been waning, not just at state level, but also in student politics. However, ABVP’s growing popularity and mobilisations within university campuses raises questions about the role that recent governments, as much as the current one, have played in dividing the country along religious, caste and ethnic lines.

As I am witnessing the events unfold in India, I feel shocked at the way in which ABVP is openly targeting institutions and student groups to shut down the expression of alternative political views. ABVP has been instrumental in the vandalisation and disruption of a series of cultural events. And there may be more such targeting to come: on the radar of the ABVP is Tata Institute of Social Sciences (TISS) of Mumbai, which a senior ABVP member has claimed is “an even bigger hub of Maoists than the JNU”.

Even if the revocation of permission for the JNU student event was somehow justified, were the deployment of police and student arrests necessary? The sedition law, under which the JNU students have been arrested, is intended to address situations that incite violence. However, the police action at JNU was seemingly only instigated following a Twitter statement by Union Home Minister Rajnath Singh “If anyone raises anti-India slogans, tries to raise questions on the country’s unity and integrity, they will not be spared. Stringent action will be taken against them.” In an Indian Express editorial Pratap Bhanu Mehta, President, Centre Policy Research, New Delhi, has been forthright in his criticism of the government’s handling of the situation, arguing it has been both “rabidly malign” and “politically incompetent”. He wrote that “[the government] is using nationalism to crush constitutional patriotism, legal tyranny to crush dissent, political power to settle petty scores, and administrative power to destroy institutions”.

The intimidation at JNU is not just an act of suppression but a move to camouflage the more pressing issues that are looming large in the nation. “Development”, which was the battle cry of the government while campaigning for votes prior to the 2014 parliamentary election, seems to have shrunk in the political discourse. National challenges such as farmer suicides, crises in cities, health, education, and innumerable communal and caste-based inequalities across the country seem to have dropped down the priority list of the government. The replacement of “development” with a narrow interpretation of “nationalism” appears to be a deliberate attempt to divert attention from the structural issues of the nation.

Despite the government’s attempts to suppress dissent, its interference with academic institutions and the aggressive media pursuit of anyone who is deemed to be “anti-national” have sparked national outrage. Academics across India wrote to the JNU Vice Chancellor to express their disappointment that students had been arrested, and on 18 February 2016, more than 10,000 people marched the streets of Delhi to protest against the detention of Kanhaiya Kumar. Journalists, lawyers, schoolchildren, teachers, parents, doctors and scores of people from all walks of life transformed what started as a student march into an act of citizen solidarity. There has been an associated and visible public disillusionment with the ruling BJP-led government. Even the student leaders from the JNU branch of the ABVP resigned, expressing their discontent at the government’s handling of recent events.

The events have also attracted global attention from academics around the world who have expressed solidarity and signed multiple petitions. Outside the Indian High Commission in London, the academic fraternity from various institutions across the United Kingdom gathered in huge numbers to show solidarity with the students of JNU as well as to condemn the Indian government for the arbitrary detention of the JNU students and to seek justice for Rohith Vemula. Dr Dibyesh Anand, head of the Department of Politics and International Relations, University of Westminster, who attended the protest said:

“I am here in the protest because I feel strongly for democracy and the idea of democracy which includes not only political majority but, more crucially, for minority rights and the right to dissent without fear. What we are witnessing in India at the moment, the case of JNU in hand, but also the death of Rohith Vemula and the ways in which the right to self-determination of the Kashmiris is being denied…is the fact that democracy is under severe crisis in India. Although I am not saying democracy was ideal in the past, there is a rapid growth of what could be seen as fascism in India. It’s a very intolerant nationalism that is at play now. So I am here in the protest because, like others here, I strongly believe that democracy implies right to dissent without fear and that’s being denied in India.”

This a pivotal moment for India, and, for me personally, this overwhelming solidarity across India and globally has been heartening. Instances like these bolster my confidence in the collective agency of people to strive towards a just future. Every time “We, the People” are undermined, our intelligence challenged, our freedoms curtailed and our silence is misread as acquiescence, we will resist.

Paroj Banerjee is an LSE PhD candidate in Regional and Urban planning. She has over 5 years of experience working in India’s development sector, in organizations like the Planning Commission, Action Aid and Oxfam mainly. In 2011 she received the Institute Gold Medal from Tata Institute of Social Sciences for the best student in her master’s course. 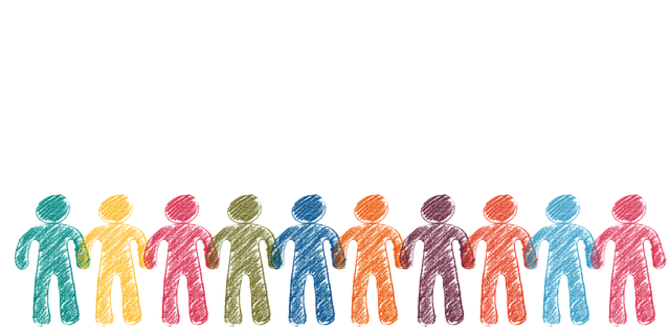 The representation gap: Nepal and the absence of elected local government representatives for 15 years 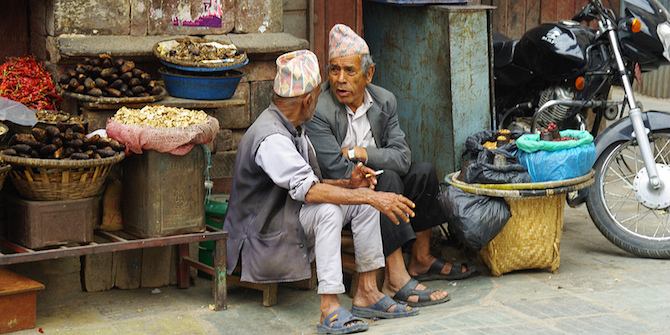