NGOs routinely face difficulties relating to fraud and corruption, particularly when working in fragile states or disaster situations. Oliver May writes that detection in particular is key to developing strategies to minimise these risks, and draws on a range of South Asian examples to highlight how efforts to identify corruption can be improved.

Fraud and corruption are key risks for NGOs, for whom a range of factors elevates the likelihood and impact. This risk rises further in humanitarian emergencies, fragile states and conflict zones. Common issues include procurement and partnership fraud and corruption, nepotism in recruitment, bribery, and other risks. These commonly originate not only from outside parties such as contractors and partners, but also from an NGO’s own staff and volunteers.

The best way for NGOs to reduce their exposure is to adopt a holistic counter-fraud and corruption framework, which deters, prevents, detects and responds to incidents. It should incorporate enabling activities such as corporate memory management, as well as work to develop the right organisational culture, and site these efforts within a strategic management framework. My book Fighting Fraud And Corruption in the Humanitarian and Global Development Sector sets out such a model.

The identification of suspicious activity – ‘detection’ – is the blood supply to the other parts of the framework. Detecting a fraud, for example, not only helps us minimise the risks associated with that event, but also helps to identify vulnerabilities and inform strategy. And while detected cases are a poor measure of the extent of the problem, they can be useful indicator of staff engagement. For a range of reasons, NGOs probably under-detect, so improving detection is a vital first step.

Having assisted NGOs in the Caribbean, Africa, the Middle East and Asia to reduce the risk of corruption, I have noted four helpful pointers to improved detection that arise from South Asia.

The Afghanistan and Philippines country programmes of an international NGO saw conspicuous rises in reported suspicions of fraud and corruption. This was to be expected, as the programmes had arranged contextually relevant staff training, developed improved relationships with the audit department, and publicised reporting mechanisms. However, it required auditors and programme managers at headquarters to frame this correctly to senior management as a positive development, rather than evidence of decreasing probity. Pursuing a suspicion of fraud is, to some extent, a subjective matter – so if local programme managers fear that their programmes will be poorly represented if they detect, we can expect low detection.

A role-play exercise carried out with local NGO staff in Afghanistan, Bangladesh and the Philippines invited them to follow two stories of an aid worker who had growing suspicions of corruption. In one, the aid worker was distributing cash and was approached by a beneficiary with a concern. In the other, the worker had found that high-value construction materials had disappeared from a warehouse.

In all three countries, operational staff tended to indicate that they would report later in the developing incident – waiting for a higher burden of evidence – than their own managers wanted them to report. The problem here, of course, was that the incidents were allowed to develop before concerns were raised, elevating response-side risks such as damage to evidence and breaches of information security.

Reporting a suspicion is a more formal and daunting event for the reporter than the receiver. NGOs need staff to raise concerns early to reduce the developing risks and elevate the chances of local resolution. Space needs to be created within reporting mechanisms for staff to raise matters informally with management if they wish, complementing (rather than contravening) whistleblowing reporting lines.

A training event in Bangladesh for local NGOs included a risk assessment exercise in which participants identified the greatest corruption risks they perceived to their organisations. Nepotism – a risk that can arise in both procurement and recruitment – emerged more strongly than insider fraud or bribery. Interestingly, many participants confessed to knowing nothing about their organisations’ conflicts of interest policies.

This raises the common development sector phenomenon of ‘zombie policies’; a policy only comes to life if it is communicated, embedded and reinforced, otherwise it exists, but is not alive. Simply creating a whistleblowing policy does not guarantee its use – its existence and its lines needs to be publicised, and efforts made to ensure that users trust the system and feel secure in how their information will be handled.

In another example, an NGO involved in a humanitarian response in Nepal brought in a forensic professional to evaluate corruption risks. While doing so, they identified many new suspected cases. Puzzling over why these weren’t reported even though a counter-corruption training event took place the previous year, the NGO identified that the humanitarian programme had resulted in a influx of new staff that hadn’t attended that training. This highlighted that staff turnover, and the relative prevalence of whistleblowing ‘horror stories’ versus success stories, needed to be addressed with regular communication.

I led an investigation into anomalies in procurements conducted by an NGO during a humanitarian emergency in the Philippines. We found that significant pressure to reach more people, faster, had come from the very top of the organisation, but that the logistics function had insufficient capacity and oversight to cope. Subsequently, logistics staff may have falsified documents in order to meet this demand, risking significant overpayment. Over-ambitious objectives create stretch, and stretch reduces our ability to prevent and detect fraud.

A similar example comes from Ashley Jackson and Antonio Giustozzi’s excellent research into engagement between humanitarian agencies and armed actors in Afghanistan (and other fragile states). They noted that risk may be transferred to local staff. They quoted an Afghan INGO staff member: ‘If I say it’s not safe or that sometimes we have to pay at checkpoints, will I lose my job? I have promised the people support, will they be abandoned?’

It is important not just to detect suspicions, but to detect emerging risks too. In both of these examples, these organisations could have helped to ameliorate these developing risk environments before incidents transpire by cultivating open, internal communication.

After all, the cultivation of open and honest communication is the unifying strand underlying all these lessons – and indeed, a fundamental pillar of counter-corruption. 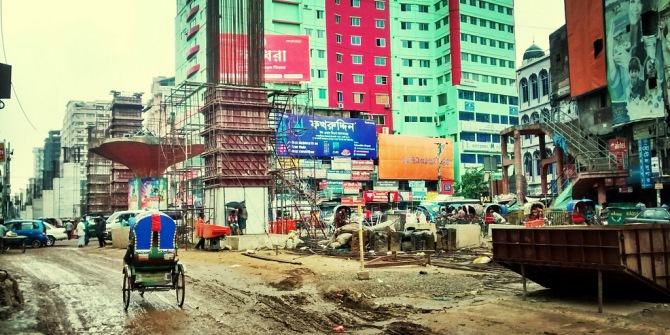