As a developing country experiences growth, a sense of entitlement and expectations of reward also grow among resource management groups. Khurshed Alam terms this “bulge hunger” and writes that – if left unchecked – the growing greed can result in increased corruption among managerial and guardian classes at the expense of less powerful citizens. Here he draws on the case of Bangladesh as an example, and outlines possible actions the government could take if it were serious about tackling the escalating problem.

When a country moves from poor to non-poor some of its inhabitants will inevitably change from ‘needy’ to ‘greedy’. As more resources become available expectations grow, often much faster than the pace of change. During this transitional period, legal and institutional arrangements, therefore, have to improve sufficiently by bringing about necessary reforms to address the increasing demands, particularly of the managerial and guardian classes of the country. However, all resource management groups– politicians, bureaucrats, businessmen, professionals, union leaders–have an interest in maintaining elements of the systems which they know they can exploit. As a result, there is little commitment to reform.

We describe this trend as ‘bulge hunger’, where all those who control resources insist or allocate themselves greater rewards, usually at the expense of those who do not. For example, elected members of the Bangladesh parliament are entitled to residences in Dhaka. However, when they were given the choice between a flat or a plot to build on in June 2016, all of them unanimously opined that they wanted both. It was not a case of need, and many already held assets in the capital. In a city where the price of land has been described as on a par with London and New York and where an estimated 40% of residents live in slums it seems grossly unfair that their representatives should be awarded both accommodation and land.

MPs are not the only people in positions of power looking to expand their real estate portfolios. It is increasingly common for the rich and powerful to engage in land grabbing over the last two decades– for example, of unclaimed land along river banks, disputed land, khas (government -owned) land and protected forest lands procured on lease at a nominal price, or even parks and public spaces –often with the support of the politicians. In addition, indigenous communities also threatened by land grabbing and in the worst cases deprived from their land rights.

This is a trend that has been reported almost in all sectors. For example, there has been an increase in defaulting on large bank loans, linked to businessmen involved in scams and money laundering schemes. The most notorious incidents include scandals in the Hallmark Group, Bismillah Group and BASIC Bank. It is reported that borrowers have defaulted on US$ 6.79 billion of loans (as updated in 2015) which unlikely to be recovered. This figure does not include the money which has been written off by the banks over the years. It is ordinary people who suffer as it is their money deposited in those banks.

There have also been issues in the share market: In 2010-2011 the market crashed and an estimated BDT 50 billion ($667 million) was plundered. An inquiry committee was established to investigate the crisis, which continues to have repercussions today. It reported that heavy stock market manipulation underpinned the debacle and identified individuals who had played a significant role. However, nobody has been punished to date, although the concerned agencies including Bangladesh Bank have taken some measures to prevent such market manipulation.

Where the business enterprises have been engaged or associated with scams, their employees are also engaging in petty corruption without the top management’s knowledge, for example, during purchase, sales, commission calculation and distribution, tax/daily allowance calculations etc. The greed of the business classes also endangers the environment as measures designed to protect Bangladesh’s waterways and natural resources are waived or ignored in favour of profits. Water, air and soil pollution in and around the urban areas are particularly bad and this will only get worse if factories continue to pump emissions into the air and dump waste and chemicals. This is evident from the increased movement of the environmental groups like Bangladesh Poribesh Andolon (BAPA) in the country. Exploitative business practices also risk compromising the human rights of workers, for example, each year the Bangladesh Garments Manufacturer and Exporters Association (BGMEA) has to interfere to ensure payment of salary and bonus to workers of some garments factories before Eid festivals. Workers in restaurants will often work 10-12 hour days without any overtime payment, while bonded labour is common in the brickfields.

Similarly, the increased availability of the resources under the disposal or control of the bureaucrats is also increasing incentives to siphon off illegal benefits and commissions. As one corrupt official admitted during a private conversation with the author while referring to unethical practices in the country:

“I know…I don’t need money anymore but whenever I see it I cannot control myself”.

Another officer lamented to the author:

“You know… I am an honest officer, that is why nobody in my office wants to cooperate with me”.

This has become a common to all strata of the government hierarchies, to the extent Dr. Mohammad Yunus once satirically made an appeal to make it legal.

In 2016 government salaries were raised by more than 100%, yet corrupt practices have persisted in almost all sectors as the Finance Minister himself mentioned that “there has been no remarkable progress in combating corruption in Bangladesh though the Anti-Corruption Commission (ACC) has been constituted and different laws have been enacted towards this end”. Moreover, Bureaucrats made some changes in the government rules in the case of admissible benefits like travelling allowances and other remunerations for attending meetings, discharging official duties, etc. Perhaps it was hoped that by increasing the pecuniary benefits it would stop officials from seeking additional income. But the nation-wide household survey data of Transparency International Bangladesh (TIB) in 2015 shows that last year only bribe was given to an amount of US$ 1.13 billion, or 3.5% of the total annual budget where the same surveyed households had to pay additional BDT 15,000 million (US$ 192.30 million) compared to 2012. In this period (2012-2015), however, the percentage of bribe paying households has not changed. Indeed, this figure is likely to be underreported as respondents invariably either deny they had to pay a bribe or do not report the full amount they have had to pay under compulsion for certain services.

Corruption is also commonplace among professionals: physicians might demand commissions for medical tests, take bribes from pharmaceutical companies and recommend unnecessary medicines, fail to discharge patients from private hospitals when appropriate, or charge for medicines and other support services which have not actually been delivered to the patient. Lawyers drag their heels on cases unnecessarily to increase costs; engineers take commission for allocating contract work and take bribes from the contractors in exchange for allowing low quality construction materials to be used; school and college teachers force students to attend private coaching classes and inflate admissions prices, or else make it possible for students to be admitted by illegal means.

The normalisation of these practices has given rise to a change in the value system where even after independence it was commonly regarded as an unethical practice now has become widely accepted. Where demands for bribes used to provoke resistance, they have now been more or less accepted as a part of everyday life.

All these efforts are made basically to satisfy not their needs but their greed what has been termed here as ‘bulge hunger’. This has clear relation with economic growth as increased resources (or authority) under the disposal of the officials of the government lead to increase their greed as shown by the survey of TIB published in this year. This is likely to take place in other developing countries as well during their transitional period from poor to non-poor stage. However, the government can undertake some measures to reduce the escalation of corruption. For example, it could introduce fixed time limits for service delivery, standardise processes in each sector and introduce an e-tendering system; it could take a wealth statement of incoming workers and promote only the honest officers after proper certification from the service recipients. It could also encourage public oversight in the planning and monitoring of development programmes, allow the Anti-Corruption Commission (ACC) to investigate or file any charges against government officials without prior permission, and push for prompt trials of accused officers.

This article gives the views of the author, and not the position of the South Asia @ LSE blog, nor of the London School of Economics. Please read our comments policy before posting

Dr Kurshed Alam is the Chairman of BISRT. He worked as a senior consultant in various government departments, and at the World Bank, JICA, ADB and USAID. He was involved in preparing the national plan for the country by the government of Bangladesh in 2008. He was also a university teacher. He has published 35+ research articles in international journals. E­mail: khurshedbisr[at]gmail.com and web: www.drkhurshedalam.info. 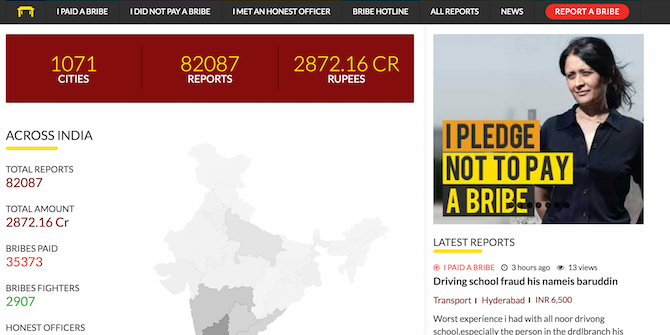 Bad Behavior has blocked 462 access attempts in the last 7 days.