Ashley J. Tellis featured on the foreign policy panel at India @ 70: LSE India Summit 2017. Following the session, he spoke to Sonali Campion about the new US-China bipolarity in the international environment, the impact of Trump on the US-India relationship and the question of India’s membership of the Nuclear Supplier’s group.

AJT: I’m Ashley Tellis, I’m a Senior Fellow at the Carnegie Endowment for International Peace in Washington DC. I work in the areas of Indian security, Asia security and US-Asia relations.

SC: You talked in the panel about a new bipolarity. Could you tell me what you meant by this and how it contrasts with the Cold War?

Let’s think about the end of the Cold War, when the United States was essentially left alone. That was the world India had to deal with since 1991. It was a favourable international environment because the States was basically friendly to India, and there were no real issues of disputation and conflict, other than the nuclear disagreement to two countries had (which was resolved in 2005).

As the post-Cold War period evolved, we began to see clearly that China was a rising power. The successes of Chinese economic reform since 1978 were finally bearing fruit. The Chinese economy is now slowly approaching the size of the US economy. Its military capabilities are growing and its diplomacy is becoming much more active. In other words, China is becoming the natural hegemonic power in Asia. That is creating a change from the unipolarity that India found favourable to a new bipolarity, which poses specific challenges. The key challenge is the involvement of China, which has a series of bilateral security disputes with India. Unlike the old bipolarity, where neither the United States and the Soviet Union had any serious security problems with India. So the new bipolarity is really a change in the international environment, and it’s not a favourable change for India.

In that context, the relationship with the US is very important. What do you see as the prospects for India-US relations under the new Trump administration?

Because the rise of China implicated American and Indian strategic interests, and the complementarity between those interests, US-India relations at least since the Bush Administration have been very robust and very promising. There is now a perturbation in that relationship, because Donald Trump has come to the presidency of the United States with a very different world view. It is unclear whether Donald Trump seeks to preserve alliances to balance the rise of China. If he does not, then one important driver of the US-India relationship weakens.

We don’t quite know where Trump is going. He said a whole set of things during the campaign that cast aspersions on alliances, and on the need to maintain an international order and so on and so forth. If it turns out that Trump the candidate is not Trump the president, and that he moves towards a more traditional US foreign policy, then I think US-India relations have a bright future because it means he will continue the policies that were pursued by Presidents Bush and Obama in some fashion.

If however he turns out to be radically different, that is he does not care for the international order, he does not care for balancing as the solution to dealing with China, then I think US-India relations will become more difficult. Partly because the security that India seeks through the partnership with the US will disappear, and because the economic irritants in the US-India relationship – the disputes over visas, over immigration, the disputes over market access – will come to the fore. That will cast a shadow over the relationship at large.

Do you think that’s going to become clear in the near future? There was an announcement that Modi was planning a visit – will we have to wait for an official trip before any of this becomes clear?

No I think you will get signs in the next few months, long before PM Modi comes to Washington. Those signs will essentially be decisions that the United States will make about its own strategy and its own economic policies. I don’t think there will be decisions in the US about India per se, but the relationship with India will be affected either positively or negatively depending on choices that the United States makes with respect to its grand strategy, its position in Asia and its own economic policies. If those decisions are fundamentally favourable to the partnership, India will be able to make its choices accordingly.

On the issue of the Nuclear Suppliers Group, what potential is there for India to join?

I think it is highly unlikely at this point that India will be able to join the Nuclear Suppliers’ Group for two reasons. One, Chinese obduracy on this issue, its opposition to India’s membership is really resolute. Two, I do not see the Trump administration as making this a priority, either in US-India relations or in US-China relations. Unlike President Bush, who pushed to secure India’s membership in 2008, neither President Obama, nor President Trump have displayed a similar resolution. Obama at least committed himself rhetorically to the cause of getting India to the NSG. I’m not sure Trump will do likewise, because it’s not obvious that Trump really lays much store by international institutions of this kind.

Ashley J. Tellis is a senior fellow at the Carnegie Endowment for International Peace specialising in international security, defense, and Asian strategic issues. 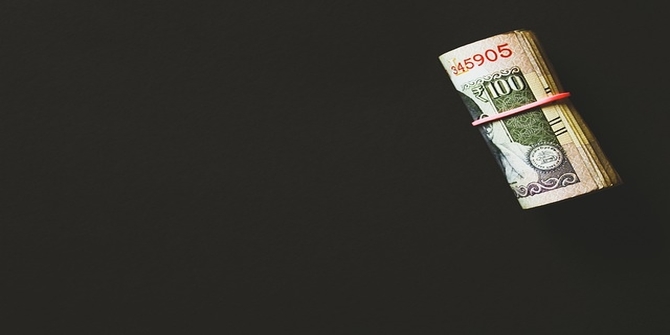