The ongoing agitation by the Lingayats in Karnataka for minority religion status has brought to the forefront the longstanding rivalry between the Virakta and the Aradhya mathas, the two monastic divisions within Virasaivism. The leaders of the agitation are affiliated to the Virakta mathas, and since the beginning of the agitation in July 2017, have refrained from making any direct reference to the Aradhyas. Instead, they have posited a putative distinction between the otherwise synonymous expressions, Lingayat and Virasaiva, which is a new intervention in articulating the Virakta-Aradhya differences. The Viraktas are vehement in their view that the proposed minority is for the Lingayats and should not include the Virasaivas.

The division between the Virakta and Aradhya mathas made its appearance after the 15th century and was representative of a new divide between northern and southern Karnataka. The Virakta followers, or Saranas, were stronger in the north, while the Aradhya followers, called Jangamas, wielded greater power and influence in the south. Between 1500 and 1900, both groups established hundreds of mathas that held land and enjoyed varying degrees of patronage from the state, landed elites and mercantile groups.

There has been little historical research on the origin of the two groups, but in a series of articles, the late M. M. Kalburgi presented a thesis on the rise of the Lingayats, which was profoundly insightful. I want to summarise this thesis here because it lays out the historical basis upon which most claims in the present agitation are based.

Kalburgi was not a historian by training. He was a scholar of Kannada literature, introduced to classical and Heideggerean hermeneutics by Shamba Joshi and Russian formalism by A.K. Ramanujan. He believed that the Lingayat faith was not part of Hinduism, but a rival religion that had made its appearance in the 12th century. The vachanas of Basava and his contemporaries formed the basis for this faith, and the Saranas its inheritors. The vachanas decried discrimination based on caste and gender, challenged the idea of pollution, rejected rituals and idol worship, and promoted equality. Kalburgi, a Virakta follower, was opposed to the profound ritualism of the Virakta mathas, which he believed was a fall from the ideals of the vachanas. Such views often brought him into conflict with the powerful Virakta establishments. His bias towards the Aradhyas, who adhered to many ideals and practices of Brahmanism, was blatant and generally expressed with the force of missionary intolerance. Kalburgi’s research on the origin of the Lingayats proceeded from these biases.

Kalburgi made no distinction between the expressions Lingayat and Virasaiva, but emphasised that Virasaiva was a term that the Aradhyas had brought into currency. He marshaled evidence to show that early writers such as Harihara, Raghavanka, Kereya Padmarasa and Kumara Padmarasa did not use the word. Virasaiva does not occur in the vachanas either, except in a few spurious ones. The 13th-century Telugu poet Palkurike Somanatha was the first to use the word, when in his Basavapuranamu, he deployed it as a synonym for Viramahesvara. The word found its way into Kannada through the 14th-century Basavapurana of Bhima. Between the 15th and the 19th century, the word was sporadically used in literary works when the Aradhyas began to promote it, first in southern Karnataka, and then in the north. Throughout these centuries, the preferred expression among the Saranas for their faith was Lingayat. Virasaiva gained in popularity only after the Virasaiva Mata Pracharaka Sangha was founded in Dharwad in 1903.

According to Kalburgi, the origin of the Lingayats in the 12th century was closely tied to the history of Saivism and its caste prejudices. Saivism appeared in three forms, i) the Vedic tradition influenced by Sankara’s advaita, ii) cults such as the Natha, and iii) Agamic traditions that were subjected to considerable Vedic influence. Within Karnataka, the third of these had the largest following. Four traditions of this class, Kalamukha, Pasupata/ Lakulisa, Mahavrati/ Kapalika, and Suddha Saiva/ Srotriya, had followers in Karnataka. Only the fourth tradition, Srotriya, survived. It was a marginal group in Karnataka, but the most influential and numerous among Saivites in contemporary Andhra and Tamil Nadu, where they were known as Mahesvaras.

The first clear reference to a Srotriya from the Karnataka-Maharashtra regions dates to 959 AD. They were of Kashmiri origin, and moved southwards from Madhya Pradesh as followers of the Golaki Matha. In the 11th and 12th centuries they spread across Tamil Nadu and Andhra. Patronage from the Cholas and the Kakatiyas made them invincible. They persecuted Jainas and Srivaishnavas in Tamil Nadu and took control of Srisailam from the Pasupatas in Andhra.

The Srotriyas were orthodox Brahmins, given to exploitation and violence. Emblematic of their deep caste prejudices is an inscription from Karadikallu in the Raichur District, which carries the order, prohibiting members of the lower castes from travelling in carriages through the market street on the occasion of their marriage, and prescribing a fine of 12 gadyanas for those violating the order.

It was against these prejudices that Basava, born into a Srotriya Brahmin family, rebelled in the 12th century. He founded the Sarana faith, and admitted members into it through a rite of initiation, which in most cases was a re-initiation (punar-diksha) of those already a part of other Saiva traditions. The new faith promoted the worship of Ishtalinga and the rejection of rituals, hierarchies, and biases based on caste and gender. A section of the Kalamukha, Pasupatha and Mahavrati traditions became Saranas, but Srotriyas were the greatest in numbers to convert to new faith.

Basava’s influence was also felt on the mathas of all four traditions. Their pontiffs evolved as Jangamas in Karnataka and as Aradhyas in Andhra. The Aradhyas were Srotriyas and continued to adhere to Brahmanism, caste hierarchies and ritualism, their interest in Basava being confined only to the new practice of worshipping the Istalinga. Mallikarjuna Panditaradhya was their chief representative.

In the 15th and the 16th centuries, the Aradhyas of Andhra moved to southern Karnataka, where they found acceptance. Here, they appropriated the remnants of the old Kalamukha, Pasupatha and Mahavrati Saivas and cults such as the Natha, and set into motion a new tradition that accepted Basava’s Ishtalinga worship, but otherwise remained largely Brahmin in orientation. Thus began the Panchacharya tradition.

This, in a nutshell, is the Kalburgi thesis on the origin of the Lingayats. Its novelty lies in bringing into relief the Srotriya tradition and its metamorphosis into the Virakta and the Aradhya traditions, which opens up a completely new avenue for exploring the evolution of Saivism in Karnataka between the 12th and the 16th centuries. The merits of the thesis notwithstanding, its larger structure is contentious, because Kalburgi is simply reading contemporary prejudices back in time without producing evidence to the effect that the relationship between the Aradhyas and the Viraktas were fraught with friction. The structural incompatibility between the two groups is argued for on the basis of ideals that informed their putative moments of historical origins (which as it turns out are inaccurate) rather than by exploring how the respective histories of the two groups unfurled. To that extent, the thesis’s claims to historicity cannot be taken seriously. We must then be skeptical of the historical claims made as part of the current demand for minority status, for they are only echoes of the Kalburgi thesis.

This is an abridged version of the article published with the author’s permission, the full version can be viewed here. This article gives the views of the author, and not the position of the South Asia @ LSE blog, nor of the London School of Economics. Please read our comments policy before posting. 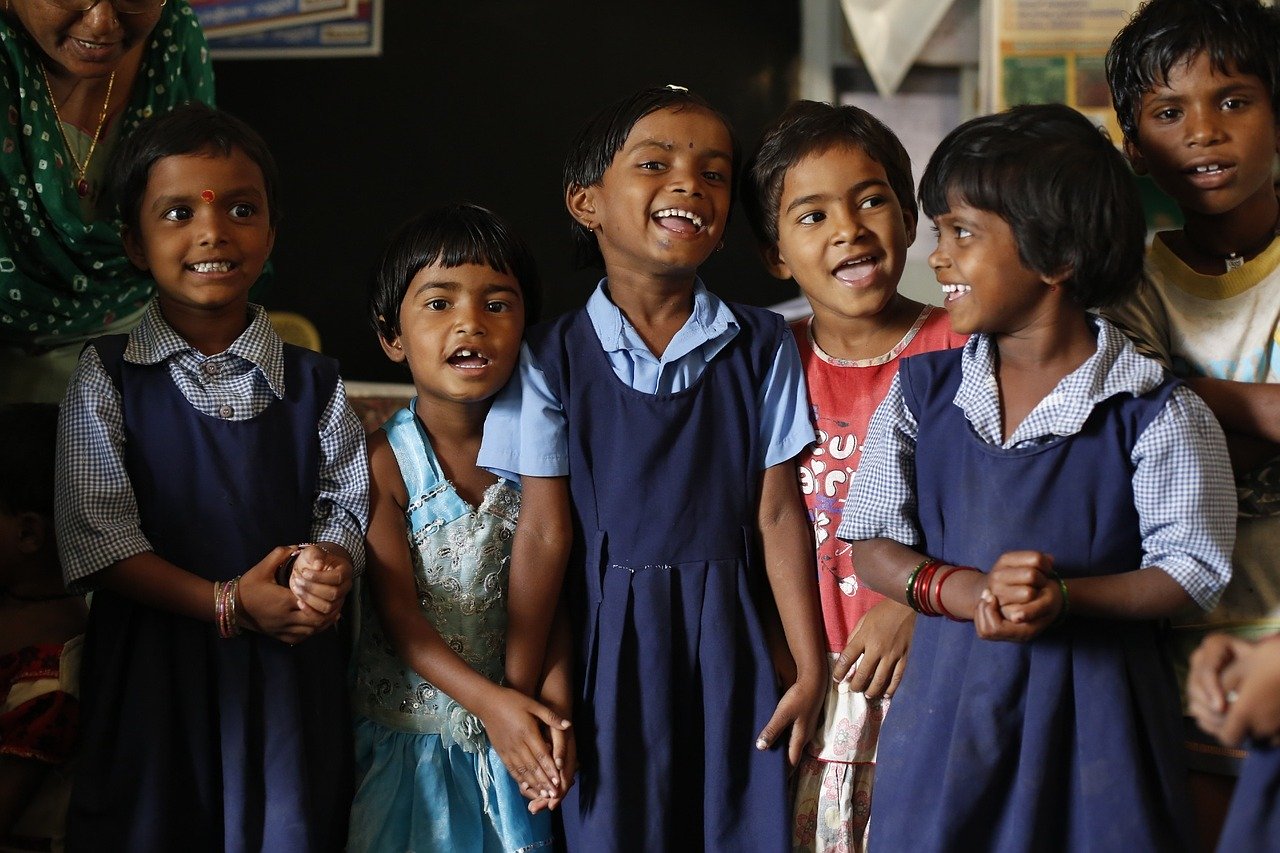