The need for huge investment to reduce the infrastructure deficit in Nepal is well-known. ‘Infrastructure financing’ has become a dominant narrative in country’s development agenda as the country is takes a gamut of initiatives to mobilise scarce domestic and international resources. However, discussions around the potential savings that could arise from more efficient practices in infrastructure project building and delivery are almost non-existent. This article aims at kick-starting a debate by arguing that improving operational efficiencies in the project selection and management alone can save millions of dollars while improving the quality of infrastructure and shortening project timelines.

The World Bank (2014) estimates that Nepal needs to invest as much as 12 percent of GDP in infrastructure, just to maintain the current rate of GDP growth. This level of investment, which is highest in the South Asian region, shows the massive infrastructure gap. To its credit, the Government of Nepal is taking multifaceted approaches to fulfil the demand. The most prominent among these are formulating the Public Private Partnership (PPP) Policy in 2015 as well as drafting of PPP Act, reforming tax laws, and more recently co-organising theNepal Infrastructure summit, and Nepal Investment Summit simultaneously in 2017. These measures are imperative to bring foreign and domestic infrastructure investment into the country.

The first stepping stone of sound infrastructure governance is to improve project prioritisation in order to optimise the infrastructure portfolio. Reports have shown that eliminating poor performing contracts and selection of improved alternatives could save up to 15-35 per cent of new capital spending. In Nepal’s case, even if the country saves 10 percent of capital expenditure, which amounts to NRS 8 billion, the amount would provide sufficient cushioning to finance large scale infrastructure projects.

Achieving these efficient outcomes demands three key components: 1) identify projects with clear purpose, 2) evaluate projects using improved cost-benefit analysis, and 3) prioritise projects at portfolio level.The government must select projects with clear purpose based on socio-economic priorities. Also, while evaluating the projects, metrics must consider long-term economic, social and environmental effects. It is better to select and prioritise the projects by conducting a cost-benefit analysis which includes social factors such as time saved by commuters, or reducing mortalities, injuries, and noise. The results should then be validated by cross referencing with similar past projects. The infrastructure prioritisation framework recently developed by the World Bank can help improve the infrastructure planning and decision-making process by incorporating financial, economic, social and political factors into project prioritisation. Finally, there should be a system to check project performance relative to predictions. The report also advises there should be a strong database to aid decision making, for which the study recommends maintenance of infrastructure balance sheet

In Nepal, important infrastructure projects have been suffering from implementation delays. For instance, 13 years after the government agreed to the construction, the Melamchi Drinking Project is still work in progress. Upon completion it will supposedly distribute 400 million litres of water daily – a figure which is often questioned. The project started with public private and donor partnership has suffered significant delays and escalating administrative and operational costs. The McKinsey and Company study highlights that to save government has to adopt sophisticated procurement, and streamline permit approvals and land acquisition to reduce bottlenecks.

The third is better utilisation of existing infrastructure assets. This is important given Nepal’s limited ability to mobilise domestic resources for infrastructure. Adding more roads, constructing hydropower dams and fitting pipelines will not resolve problems if the existing infrastructure is not properly maintained. Nepal should move away from the build, neglect, and rebuild mentality and implement adequate an infrastructure management system together with appropriate financing framework. We should take smart infrastructure utilisation management approach. Take the elimination of power cuts for example a recent success in this area. Nepal used to experience up to 11 hours of load shedding, but now the country enjoys almost 24 hours’ electricity supply which in the real sense is the result of better utilisation and demand management of existing infrastructure. On contrary, the valley road expansion project has proved poor value for money as traffic congestion has not reduced. Instead, the deployment of information technology in establishing intelligent transport system (ITS) for roads would enable the utilisation of the existing road capacity to double or even triple.

Moreover, the opportunity by making most of the infrastructure assets like power and water systems lies in reducing non-technical losses such as electricity leakage and distribution losses. In Nepal, electricity leakage was 25 percent in 2016, the 4thhighest leakage rate in the world. On the other side, in water supply system, non-revenue water, unmetered supplies, stands at 18 percent. This avenue is worth taking seriously as reducing the losses can cost significantly less than what it cost to build a utility infrastructure project.

The above discussion amply suggests an urgent need to have a national level infrastructure governance framework. Such framework would not only help in effective utilisation of the already constraint resources, but also create conducive environment for private investment in infrastructure both domestic and foreign. The efficiency would not only generate much needed saving, and ensure the timely completion of the project, but also send positive message to the investors.

Ashutosh M Dixit is an Economic Consultant based in Nepal. Ashutosh has worked as a consultant for the NPC-Government of Nepal, UN-ESCAP, UNDP, OECD, and the World Bank. He is a graduate from the Australian National University (ANU), Canberra.

Bishal Chalise is an economist based in Nepal, and the President of Artha Foundation for economic and financial research in Kathmandu, Nepal. He is also a graduate from ANU. 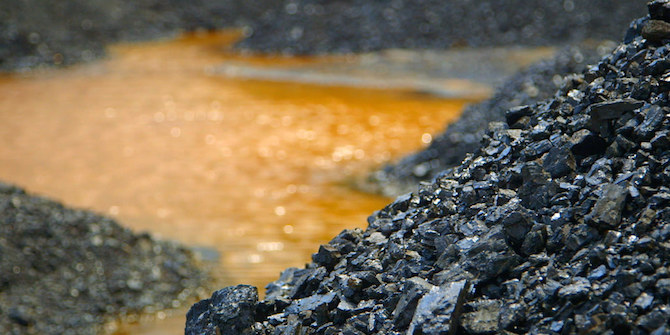 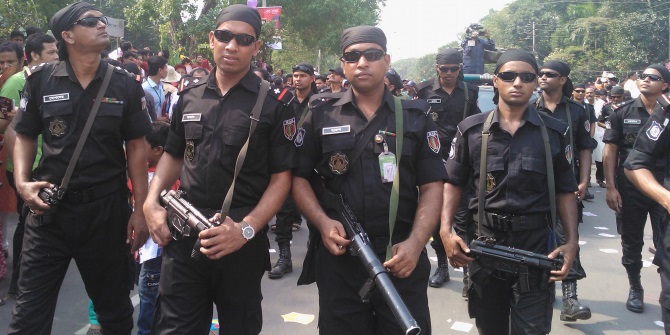 Bad Behavior has blocked 1189 access attempts in the last 7 days.