On the first anniversary of demonetisation in India, Silvia Masiero argues that the “cashless” economy entails the risk of a new geography of exclusion, dividing those who own and operate digital means of transaction and those who are structurally unable to access them.

A year after the Indian government demonetised Rs 500 and Rs 1,000 notes, which was around 86 percent of the currency when the move was announced on 8 November 2016, one debate is around the effectiveness of such policy. The Indian government’s narratives point to achievement in terms of reducing corruption and black money, and recent studies frame demonetisation as an integral part of the government’s construction of a positive public image. Critical viewpoints emerge on the extent to which black money has been removed from the economy, especially in the light of the August 2017 Reserve Bank of India Report showing that 99 percent of the demonetised notes have been returned to the central bank. “Note-Bandi: Demonetisation and India’s Elusive Chase for Black Money”, a collection of papers edited by Ram Ramakumar, interrogates data on whether the move has factually resulted in a more accountable and corruption-free system.

A less intensively explored question, one year since the note ban, pertains to an ancillary argument made in the immediate aftermath of demonetisation. Not only did Indian Prime Minister Narendra Modi deem the move necessary for the long-term elimination of black money, but also asserted that the poor and unbanked, who conduct most of their transactions in cash, would benefit by the uptake of accessible information and communication technologies (ICTs). The quick diffusion of mobile technologies, along with the rise of ICT education among the poor, would enable the transition to a cashless economy, infusing digital traceability in the large informal sector in India (which amounts, according to the latest round of NSS data, to 75 percent of employment in the rural areas and 69 percent in the urban areas). While the effectiveness of the move is widely questioned, fewer contributions are available on whether the “demonetisation through digitalisation” argument has worked for the poor.

To take stock of the past, one must first observe the presence of a digital infrastructure, created by the Indian government and adapted to the needs of a cashless economy, for the poor and vulnerable. Extant infrastructures are dominated by the so-called JAM trinity (Jan Dhan – Aadhaar – Mobile phones), designed to facilitate poor people’s access to social benefits. The JAM trinity consists of the Pradhan Mantri Jan Dhan Yojana, a financial inclusion programme that provides zero-balance bank accounts to low income households; the Unique Identity Project (Aadhaar) which provides each enrolee with a unique identification number and biometric credentials; and mobile phones which are increasingly inscribed in the national structure of social protection. The Indian government frames JAM as a core means to use new digital technologies for the needs of the vulnerable.
[View the story “A year since demonetisation, analyses from South Asia @ LSE ” on Storify]

Launched with the Economic Survey 2014-2015, JAM technologies have acquired a new value after demonetisation. The uptake of Jan Dhan accounts has increased among the unbanked, providing the means to enter an economy based on cashless transactions. (As on 11 October 2017, 30.45 crores Jan Dhan bank accounts had been opened, 18.17 of which were in rural areas of the country.) Aadhaar, whose enrolment levels among Indian adult residents were above 98 percent even before demonetisation, has acquired the role of enabler of digital transactions, facilitating the opening of bank and post office accounts by the undocumented poor. Finally, with the uptake of digital wallets, previously informal sellers can continue their business by using mobile transactions in lieu of cash. Each element of the JAM trinity has acquired a new meaning post-demonetisation, to enable poor people’s access to the new system.

Yet, observing the past year leads to some substantial issues with the applicability of this argument. The idea of “demonetisation through digitalisation” is theoretically sound, and backed by mobile-for-development literature that views mobile transactions as a viable alternative to cash. However, this clashes with constraints of technology ownership, access to relevant information, and infrastructural readiness that have not yet been resolved by the current digital infrastructure.

Aadhaar affords undocumented people’s ability to obtain a digital identity, so that even poor and vulnerable slum dwellers, with no pre-existing proofs of address, can exist in a digital economy. But transacting in such an economy requires ownership of (or access to) technologies that support a cashless system, such as electronic payment platforms or mobile apps, like BHIM, based on the Unified Payments Interface. In a country where smartphone penetration is estimated at 17 percent, and access to digital technologies is concentrated in urban and comparatively wealthier areas, questions remain open on the ability to integrate communities with limited access to ICTs.

Moreover, information on how to use digital technologies is asymmetrically distributed. Fieldwork conducted in the aftermath of demonetisation revealed limited change in the condition of poorer people, whose access to banks and formal institutions often requires mediation. Sudden cashlessness forced people of lower socio-economic status to interface with banks and institutions, but the condition of subordination documented by previous literature has not changed, exposing them to confusing and often contradictory information on how to cope with a cashless economy. While volunteers have helped the poor adopt new technologies, an institutionalised system of support is lacking, weakening the ability of the disadvantaged to move to the new system.

Finally, in a nation where an estimated 24 percent of the population lives without electricity, infrastructural constraints remain. India ranks 138 out of 171 countries (behind countries such as Gabon, Nigeria, Zimbabwe which have lower socio-economic development than India) in the ICT Development Index calculated by the International Telecommunications Unit. Inequalities in ICT access put large rural and tribal areas at disadvantage when envisaging a digital transaction system. Even in well-connected urban areas, fragilities have emerged in the accountability of payment platforms, whose relevance becomes substantial if such platforms are to become the main national gateway for transactions. As Jean Drèze has observed for the computerisation of anti-poverty programmes, digital transactions require “multiple fragile technologies to work at the same time”, with the failure of one being sufficient to prevent the whole system from functioning properly. 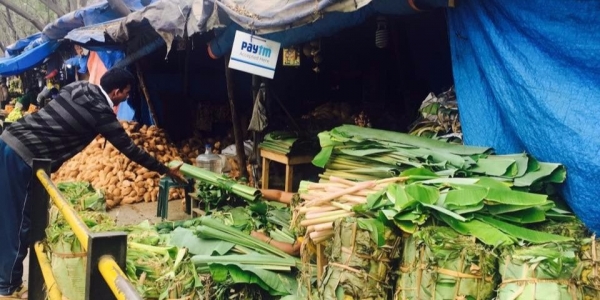 One year later, the real danger is that of exacerbating the extant divide between those who own and operate digital means of transaction, and those who are structurally unable to access them. The former may experience limited constraints to operating in a digital economy, and can afford the benefits of increased transparency. But for the latter, the risk is that the cost of remaining locked outside the network may grow fast, ultimately resulting in economic isolation. This may determine a type of economic exclusion that did not exist before, inducing the quasi-coactive adoption of financial tools for the traceability of transactions.

Demonetisation has been a sudden and radical move, aimed at intervening on an economy framed as cash-intensive and, therefore, corruption-ridden. Now that the move towards a cashless economy is becoming reality, it is paramount to guarantee the inclusiveness of the system without distinctions of ownership, access to information and infrastructural readiness. Failing to do so may detract from the benefits of the move, perpetuating exclusion errors that can lock vulnerable people into a new, but equally problematic, form of digital divide.