Street children in Dhaka are hired by ‘mastaans‘ to carry weapons, sell drugs, collect extortion money, commit political violence and conduct contract killings.  While exploring the involvement of street children in organised crime groups Dr Sally Atkinson-Sheppard explains why they are neither victims nor offenders. They are instead ‘illicit labourers’, doing what they can to survive on the streets.

According to the Bangladesh Institute of Development Studies there were over 1.5 million street children in Bangladesh in 2015 and estimates published by the Bangladesh Police Force suggest that by 2024 this number could rise to well above 1.6 million, a concern shared by the Government of Bangladesh and various NGOs operating across the country. Street children in Bangladesh live in abject poverty, do not have proper access to basic human rights, education, housing, healthcare and protection. Furthermore, work is a reality for many of Dhaka’s street children; some of whom become embroiled in the lower echelons of Bangladeshi organised crime groups.

Scholars have long debated the conditions which make a city or country likely to experience organised crime. These conditions include: a weak state, poverty, high levels of social mobility, urbanisation, and omnipresent slums; all of which are pressing issues in Bangladesh today. Despite this, the nature and prevalence of organised and crime and gangs in Bangladesh remains grossly under-researched. To address this lacuna, and to specifically explore the involvement of street children in organised crime, I conducted a three-year ethnographic study in Dhaka. By drawing on extensive participant observation of the Bangladeshi criminal justice system and wider society, 80 interviews with criminal justice practitioners, NGO workers and community members and an embedded case study with 22 street children, I argue that ‘mastaans’ are Bangladeshi organised crime groups that operate across the country, but particularly in urban areas. For example, mastaan groups operate in some of Dhaka’s poorest areas and engage in widespread extortion. They charge slum residents over-inflated prices for services including gas, electricity and water. Organised crime in Dhaka operates via a hierarchy consisting of three echelons. At the top Bangladeshi organised crime bosses run extensive criminal businesses in Bangladesh and with international links, particularly with neighbouring India. At the middle echelon gangs operate on the streets. The third echelon are street children, acutely vulnerable and hired by mastaans bosses and gangs to conduct criminal activity. These children engage in some of the worst forms of child labour and should be conceptualised as ‘illicit child labourers’ rather than gang members, criminals or even victims of exploitation.

The reasons why street children engage with mastaan groups is multifaceted but lies predominately with their need for protection. Yet the concept of protection in this sense is complex. Street children need to work to survive and some do so within organsised crime groups, but mastaan groups provide more than just financial motivation. Some children are coerced into mastaan groups by the threat of violence, others actively choose to engage in crime because of the earning potential these groups provide. In addition, mastaan groups offer children a sense of ‘social protection’: social inclusion within these groups but also wider societal inclusion based on the connections – often with powerful members of Bangladeshi society – that mastaan bosses have. The collusion between mastaans, politicians and the police was a pervasive theme within my research. One participant explained the notion of social protection in greater depth:

If I am poor then I cannot get all the facilities in society and this means that I have no motivation, no inspiration, no education. If I am this, what would be my mentality, my manner? But they can give me the shelter, the mastaans, they can get me the access.

The data from my study demonstrated that street children are hired by mastaans to engage in a variety of serious crimes including political violence and ‘hartals’, land grabbing where, as one participant explained:

Sometimes they hijack the land. Say a man has land and the documents are in his name then a mastaan will go to the man, with his group, and say ‘give me the land otherwise we will beat you’. Then what is the man supposed to do? He has to give his land to them. If he refuses the mastaans uses young street boys to stay on the land and fight for it. The mastaan always wins.

Mastaans also hire street children to support drug dealing, extortion and contract killings. These children are treated as a commodity; they have bosses and believe themselves to be involved in a business – though a criminal one.

Thus, questions arise as to what can be done to better protect these children. I argue that it is imperative that we develop a way to understand what these children do, and why they do it. Currently these children are virtually invisible in both policy and legislation. The International Labour Organisation (ILO) definition of the Worst Forms of Child Labour only mentions children involved in organised crime and includes no discussion of children who are hired, as in this case, to conduct crimes including political violence, extortion and contract killings. Furthermore, more expansive – Pan Asia – research into this issue must occur. I have recently conducted a similar study in China and the data demonstrates a similar, if slightly less acute situation there. Thus, question arise including are street children also ‘illicit labourers’ in Bangladesh’s neighbouring countries of India, Pakistan and Nepal? And if so, what might this mean for the development of a Pan-Asia understanding of children’s involvement in organised crime? Furthermore, what gaps in legislation and policy remain, and how might the issue also be tackled from the grassroots, NGO level? How could we develop a holistic, comprehensive strategy for raising the awareness of children coerced into organised crime and how might this be implemented in the places that need it most? What can we do to better protect vulnerable children in Bangladesh and wider afield, across the whole of South Asia?

This article is a summary of the author’s doctoral thesis, findings of which were originally published in The Gangs of Bangladesh: Exploring Organised Crime, Street Gangs and ‘Illicit Child Labourers’ in Dhaka (2016), Criminology and Criminal Justice. Vol. 16(2) 233–249 and Street Children and ‘Protective Agency’: Exploring Young People’s Involvement in Organised Crime in Dhaka, Bangladesh. Childhood. Vol. 24 (3):1-14. For further reference: Atkinson-Sheppard (2017) Mastaans and the Market for Social Protection: Exploring Mafia Groups in Dhaka, Bangladesh. Asian Journal of Criminology. 1-19Advance online publication. doi: 10.1007/s11417-017-9246-9. It has been republished with the permission of the author.

Dr. Sally Atkinson-Sheppard is a criminologist and strategist from the UK. She finished her PhD on the involvement of street children in organised crime in Dhaka, Bangladesh, from King’s College London in 2015. She has advised on a variety of criminal justice reform projects in Bangladesh, including leading the Bangladesh Prison Directorate and the Bangladesh Anti-Corruption Commission through the development of their first strategic plans. She recently returned to the UK after living and working in Beijing for three years, where she led the first study into migrant children’s involvement in gangs and organised crime in China. Sally lectures at King’s College London and Bath Spa University. 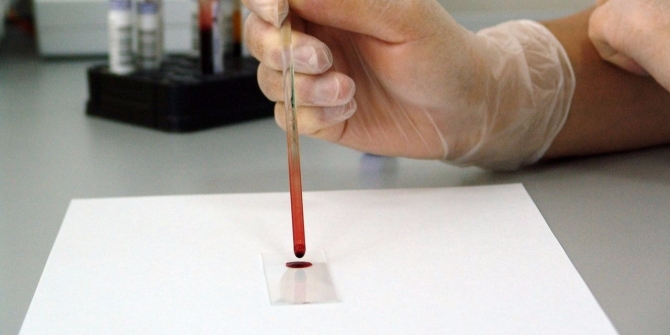 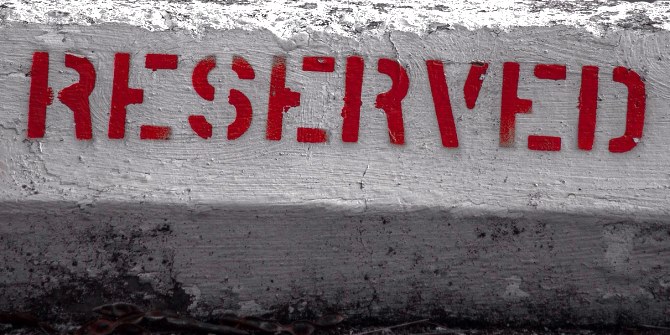 Hardik Patel and the limitations of reservation policy in India