Bangladesh Elections: Sheikh Hasina wins, but at what cost?

Bangladesh Elections: Sheikh Hasina wins, but at what cost?

In the final days of 2018, Bangladesh Prime Minister Sheikh Hasina won her third consecutive term in an election marred by violence, accusations of intimidation and vote rigging. Now she has been sworn back into power, M Mizanur Rahman asks what does her contested victory mean for democracy in Bangladesh?

The 11th General Election was held on the 30th December 2018 with numerous allegations of vote rigging and irregularities across the country. Mirza Fakhrul Islam Alamgir, the general secretary of Bangladesh Nationalist Party (BNP) claimed that the vote rigging was facilitated by “the government agencies, the police and other law enforcement agencies in collaboration with election commission officials”. However, these allegations were denied by the Prime Minister Sheikh Hasina. The Grant Alliance led by the Awami League (AL), won 288 of the 298 seats when the major opposition Jatiya Oikya Front led by BNP won only 7. The legitimacy of the vote has already been called into question in the international media with the Washington Post comparing the margin of the democratic victory of Sheikh Hasina as “a result one might expect in a place like North Korea, not a democratic nation such as Bangladesh”.

The recent political crisis in Bangladesh has its roots in the abandonment of Caretaker Government System in 2011. The BNP, the country’s major opposition party, then boycotted the 10th General Election in 2014 believing that the AL would manipulate the election and under a partisan government there would never be a chance of fair election. Many civil society members also argued that amidst the fierce mistrust and dispute between the two major parties, the country needed the Caretaker Government System to conduct the General Election. Sheikh Hasina urged the nation to keep faith in her to be able to hold a free and fair election under her government. As Sheikh Hasina reassumes political office in Bangladesh, with what she is predicted to argue is a large, healthy mandate voters are left questioning the health of their democracy following a widely disputed vote.

Before the election, as parties campaigned, there was a significant disparity in the freedom to campaign between the ruling party and opposition. The ruling party’s activists and law enforcement agencies, especially the police, helped create an environment of intimidation and fear by widespread attack and arrest. At least 28 BNP candidates were injured during the election campaign, and when the AL candidates were campaigning in full-swing, the opposition was completely absent. Jatiya Oikya Front did go to the Election Commission (EC) several times to lodge written complaints and request a level playing field, as promised, when the parties campaigned. But the EC failed to ensure this equality of electoral freedom between the parties, thus the last meeting between the EC and parties was boycotted by the Jatiya Oikya Front, because, as they announced, of the Chief Election Commissioner’s “discourteous behaviour“.

Although the intensity of this issue is yet to be discovered fully, the election has been highly questioned for vote rigging and irregularities. This election had the lowest number of election observers when it had the highest number of voters and poling centres. There are allegations that the government did not allow many of the foreign observers to observe the election. The Election Commission (EC) provided a guideline for the journalists, which, many claim, restricted their freedom to report. 3G and 4G internet services were suspended for several hours during the election day, a move justified by the government as an attempt to stop spreading ‘propaganda’. The government has established such a control over the print and electronic media that almost all of them are unwilling to “talk about things that are really happening”.  One TV station was shut and seven journalists including Shahidul Alam were assaulted during election day. Additionally, around 600,000 security officials were deployed across the country in an effort to contain violence. However around 19 people were killed due to election-related violence.

The opposition claims that the AL-led Grant Alliance won the general election by tampering with the country’s constitutional institutions. The election results and the difference of vote between the candidates of two major alliances indicates the intensity of vote rigging, as historically in any circumstances any of these two parties individually gets at least 30% of the total vote. But this time, in an average the BNP led alliance got only one tenth of the vote. In one constituency, AL got more than 300,000 votes when BNP got only 44. A Daily Star report shows the anomalies of this general election more vividly.

BBC Bangla, various recordings posted on social media, and other news agencies have reported numerous cases of vote rigging and irregularities. Opposition poling agents were allegedly arrested, threatened and even kicked out of the poling centres. While casting their own votes, two of the Election Commissioners could not find any polling agent of Jatiya Oikya Front and when asked about it, the Chief Election Commissioner (CEC) replied that he could not do anything if  BNP are unable to send their polling agents. There are also allegations that the law enforcement agencies and AL activists discouraged voters from voting and even threatened them. AL activists forced many voters to cast their vote in front of them instead of using the curtained voting booth; they were then allegedly forced to vote for the ruling party inside the poling centres. A number of opposition candidates were assaulted and even injured in the poling centres. Among many others, the BBC reporters saw filled ballot boxes even before the election started in Chittagong. Apart from the ruling party activists, a number of evidences show that the  poling officers or even some members of law enforcing agencies were directly involved in vote rigging. However, in a post-election briefing to the foreign election observers, the Prime Minister said that “BNP got seven seats in the election only because of them. There is no fault on our part”. She explained why BNP could not win more than 7 seats. Jatiya Oikya Front rejects the election saying it a ‘farce’ and “a cruel mockery to the democracy.” They demanded for a fresh election under a neutral government which the CEC has already ruled-out.

This election undoubtedly poses a huge question on its legitimacy. Although some countries like China and India have already congratulated Sheikh Hasina for her consecutive victory, many others seemed to be hesitant in doing that. Now it is a big question whether this government will gain legitimacy from the other global leaders amidst this massive allegation of vote rigging and coordinated manipulation. Nations who are not solely driven by their self-interest will think twice before approving this non-democratic government which does not have popular mandate within the country.

Almost half a century after independence, people in Bangladesh are having to fight for their voting rights. In the last ten years, the government has tactfully engineered the national institutions like the judiciary, civil and military bureaucracy and even media. It has also pushed the opposition in to the corner, making them completely ineffective in mobilising people for a strong protest against the government. In recent times, some mass movements have been brutally suppressed by the government. Those instances of suppression sent some key signals to people that any future incident like this will face the same consequences.

In this circumstance, international observers have commented that Bangladesh under Hasina has turned into a de-facto one-party state, where the ruling party has usurped the constitutional rights of its opponents and common citizens. It seems that without any international pressure, it is almost impossible to revive democracy in Bangladesh.

M Mizanur Rahman is a PhD Candidate at the Australian National University (ANU) and an international development professional. He tweets @M_Mizan_Rahman 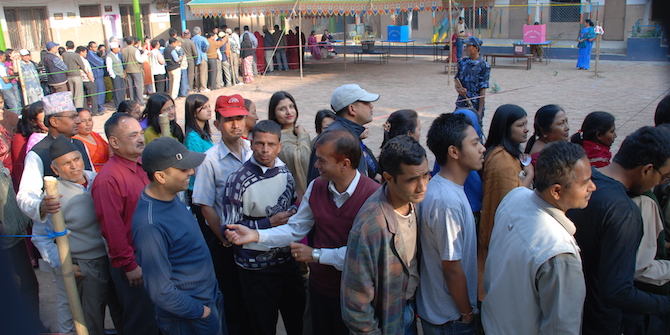