The World Bank advises developing countries to build stronger institutions to lower corruption. But Nurul Huda Sakib (Jahangirnagar University, Bangladesh) argues that while a focus on a stronger institutional framework can lower corruption in some cases, the lack of political will in Bangladesh is the real reason for the consistent failure of anti-corruption efforts across the country.

The World Bank’s research suggest that the higher the quality of an institutional framework, the lower the chance of corruption. If the quality of an institutional framework is strengthened, it helps to reduce unethical behaviour. However, what is the best way to obtain better institutions at minimum cost? Those who believe in the strength and role of institutions often argue that it is through ‘institutional isomorphism’, an understanding that identiﬁes three processes of constraining inﬂuences – coercive, mimetic, and normative isomorphism – to explain why organisations are driven to similarity and how they maintain their legitimacy.

In Bangladesh since the 1990s anti-corruption eﬀorts have followed the trend of delivering major reforms based on isomorphic pressure. Three crucial elements of isomorphic institutionalism were developed—the National Integrity Strategy (NIS), the establishment of an anti-corruption agency, and community organisations. But why have such developments failed to lower levels of corruption in Bangladesh?

Formation and activities of Corruption Prevention Committees and Integrity Units

The community engagement of the Anti-Corruption Commission’s (ACC) has been mainly driven by Corruption Prevention Committees (CPCs) and Integrity Units which were formed in 2007. The ACC formed CPCs and Integrity Units comprising of people from a cross-section of society, such as teachers, religious leaders, former government oﬃcials and student voluntarily.

In Bangladesh, CPCs have been established in nine cities, 62 districts and 422 Upazilas. The ACC formed Integrity Units in every district, Upazila and city under the CPC’s Constitution of 2010. The ACC has established over 24 thousand ‘Integrity Units’ across the country.

The CPC and Integrity Units mainly provide a work plan to the ACC’s oﬃce to which they are attached. The role of these committees is to arrange discussion meetings, seminars, workshops, and rallies throughout the year. More speciﬁcally, the function of these committees is crucial in carrying out ‘Anti-Corruption Week’ and observing ‘International Anti-Corruption Day’ across the country.

Why has the isomorphic approach failed?

Thinking about the activities and isomorphic dynamics, these efforts through ACC’s preventative approach look fascinating. However, the current corruption trend and Corruption Perception Index does not provide any distinct picture of reducing corruption in Bangladesh. This is because the failure of isomorphic anti-corruption efforts in Bangladesh suggests that the reasons for this are a lack of political will along with micro-level problems, which are outlined below.

Lack of political will

For example, ‘Homegrown’ initiatives hold the key for successful anti-corruption initiatives because reformers can perceive the problem of corruption. The case of the CPC and Integrity Unit in Bangladesh, both lack ‘home-grown’ initiatives. Similarly, the anti-corruption eﬀorts, especially the formation of the citizen-based committees, lack a degree of analytical rigour. It has lacked feasibility because it stuck ﬁrmly to pre-set indicators and goals. Also, mobilising domestic support suggests the willingness and ability of reformers to pursue their vision and strategy to combat corruption.

However, there is evidence that shows that it does not mobilise people signiﬁcantly. The activities ACC perform were ceremonial, and people were gathered only to ﬁll a hall or room. Strong political will suggests higher sanctions to combat corruption and higher rewards for integrity. Although there are some new punitive measures and rewards that have been introduced; however, persistent failures to follow through with eﬀective investigations and prosecutions of corrupt politicians and oﬃcials, along with the low operating budget of the ACC, indicate a lack of political will on this measure.

Finally although anti-corruption eﬀorts in Bangladesh have been continuing for a long time, they remain scattered and fragmented. For example, as in the case of CPC and Integrity Unit, it has found that many committees were outdated and was not reconstituted within the allocated time.

Problems within the preventative approach

The lack of political will in anti-corruption eﬀorts also has created several issues within the activities of CPC and Integrity Units. The community engagement activities of the ACC has also been severely hampered by a range of factors such as the funding crisis and donor dependency, the lack of attention by the government and the ACC, the failure to involve people, political inﬂuences and involvement in corrupt practices, member inactivity and misguided efforts. For example, the ACC provides only 1,000 BDT (around £10) for organising a seminar or workshop to the CPC president. Additionally, the ACC demands all the receipts for expenditure, therefore members organised these activities without any real enthusiasm or passion.

States such as Bangladesh have a minimal capacity to implement even essential functions such as security, policing, regulation and core service delivery. When they give priority to additional policies based on donor prescriptions based on best practices from around the world, supply-driven initiatives, close monitoring of inputs and compliance and top-down approach, they may achieve immediate successes but ﬁnd sustained success impossible due to limited capabilities. Donors continue to support ceremonial measures because they do not recognise their real limitations, while policymakers in Bangladesh are mostly happy to demonstrate surface conformity to the donors’ requirements.

Bangladesh therefore creates concerns about the implication of an isomorphic approach to anti-corruption strategies in other developing countries. In general, policymakers in developing countries try to adopt policies in response to coercive, mimetic and normative pressures. The pressures have been explored in other policy contexts, but their implications for corruption policy have not previously been fully explored. Thus, we must challenge policymakers to reconsider whether to adopt these isomorphic approaches to combat corruption in developing countries lying with such enormous problems like lack of political will.

The original article ‘One size does not fit all: an analysis of the corruption preventative approach of the Anti-Corruption Commission (ACC) in Bangladesh’ was published in the Asian Journal of Political Science in July 2019.

This article gives the views of the author, and not the position of the South Asia @ LSE blog, nor of the London School of Economics. Please read our comments policy before posting. Featured photo: Text programming. Credit: Mika Baumeister, Unsplash.

Dr Nurul Huda Sakib is an Associate Professor of the Department of Government and Politics, Jahangirnagar University, Savar Dhaka. He can be reached at nhsakib@juniv.edu 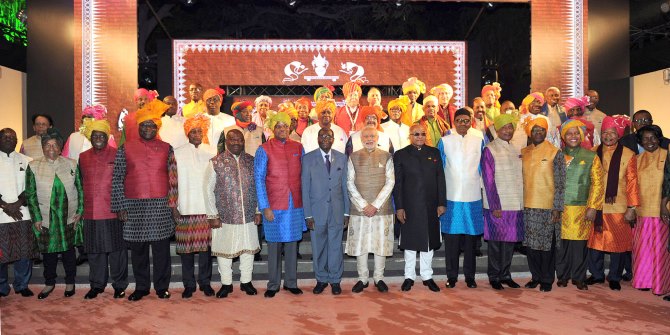 Bad Behavior has blocked 2279 access attempts in the last 7 days.