Both the US and the Taliban declared the 29 February peace agreement a victory. Here Emrah Ozdemir (Karatekin University, Turkey) explains the implications for the deal, its impact on Afghan citizens and some possible roadblocks ahead for maintaining peace throughout the country.

The United States of America and the Taliban eventually signed an agreement for a permanent peace in Afghanistan on 29 February 2020. From the US’s perspective, this agreement is a significant step to halting the ongoing conflict in the country, which began in September 2001. According to President Trump, it is a beacon of hope for a permanent peace that the Afghan people have been waiting for nearly 20 years.

The Taliban have also celebrated this peace agreement as a victory at the end of the long war. However, the Afghan people – ignored actors within the country – are cautious about this peace process. In this context, the agreement is certainly a historic moment for the country and the people; however, it is too early to decide the success of the efforts to maintain a genuine peace.

The immediate set of questions that come to mind following this deal are principally: 1) What is the US’s purpose of this agreement?; and 2) What has changed in the perceptions of the Taliban and the USA to make this agreement possible?

President Trump has stated that “countries have to take care of themselves […] we’ve been there [Afghanistan] for 20 years and we’ve been protecting the country, but we can’t be there for the next – eventually, they’re going to have to protect themselves.” This comment means that the economic and human resources cost of the Afghanistan Campaign has become extremely heavy for the Trump administration and the American people. Moreover, it is clear that all the country’s efforts since 2001 have not managed to decrease the political, economic and military power of the Taliban. Thus, the US is obliged to admit the Taliban as an influential actor in the country. In the text of the agreement, the US highlights that the agreement does not mean that the Taliban is recognised by the United States as a state. However, this agreement indicates that the Taliban is a legitimate international actor that can make agreements with other international actors.

Another reason that encourages the US to make this agreement is the rising ISIS threat in the region. In Iraq and Syria, ISIS has lost its power, but its presence has been felt again with bloody attacks in the region. From the US’s perspective, the Taliban is an effective opponent against ISIS. President Trump has previously explained this idea: “US troops had been killing militants in Afghanistan by the thousands and now it was time for someone else to do that work and it will be the Taliban”. The capacity and intention of the Taliban to confront the ISIS threat is a highly controversial matter. Besides, the command and control capacity of the Quetta Shura, known as the leadership council of the Taliban, over the militants is not clear. Thus, the Taliban is a dangerous and risky alternative as an insurance policy against ISIS.

However, the real problem is how the Taliban has changed during this 20-year war. Despite all Afghanistan’s problems, such as corruption, nepotism, delicate democracy, power struggles and poverty, the last 20 years have brought some gains across the country, especially for women. The women of Afghanistan are rightly very anxious about this pace process. In 1996, the Taliban banned women from working and studying. Moreover, international initiatives for the development of democratic rights have helped curb the power elites. To integrate the Taliban into this new political, social and cultural situation of the country will not be an easy task.

Additionally, their extremist interpretation of Islam does not allow people to enjoy social and cultural freedoms such as social media and music. The judicial reforms in the country are also another problematic area which would be eroded by the Taliban’s religious understanding of Sharia law. The military capacity of the Taliban and its number of militants is also a big issue in terms of disarmament, demobilization and reintegration process that is a precondition for a peaceful social life in the country. The Afghan government has to create alternative employment opportunities for an estimated 60,000 Taliban fighters, and more important than this difficulty it is a big issue if the Taliban accept this disarmament and reintegration process.

In this context, the capacity of the Afghanistan National Security Forces to monopolise the legitimate use of violence is not enough to guarantee the stability and peace for all parties in the country. Especially in rural areas, the legitimacy and capacity of the government is a contested matter. In these circumstances, it is very difficult to control the Taliban militants in the rural areas in which the support of the people to the Afghan government cannot be provided at a sufficient level. Thus, it should be expected that the conflict between warring parties such as the Taliban remnants, local power elites and the government forces in rural areas would continue.

For the last 20 years, the Taliban have mostly funded its war effort through drug money brought in by poppy farming. What is not clear about this peace deal is how it will impact on the US’s war against drugs in Afghanistan.

And then there is the question of Pakistan. Pakistan Prime Minister Imran Khan has welcomed this peace accord. However, despite this positive reaction to the news, the role of the Taliban and its influence in Pakistan is a hotly debated issue. Whether the Taliban will leave Pakistan or whether Pakistan will continue to maintain a secure area for the Taliban, intentionally or due to incapacity of the Pakistan government, is a key question that hangs over this peace deal.

The Taliban’s supporters celebrated this agreement as a victory, and their immediate demand was the release of the imprisoned Taliban members in Afghan prisons. A Taliban spokesman has stated that the prisoner swap was one of the few important points of the negotiations. However, the Afghan government is cautious on this issue. On the other hand, if this effort is unsuccessful, the release of the prisoners would be a great gain for the Taliban. Thus, the release of the prisoners is acceptable if it is a well-planned part of a comprehensive reconciliation process. As a part of normalization and reintegration, there must be a democratic election in the country in which the Taliban can participate. If at the end of this election, the Taliban wins those elections, the international community would have to recognize them as a legitimate actor. This could create a dramatic situation for the international community that refused to recognize the movement in 1996 as a legitimate government.

The final incidents such as the attack in Kabul killing 32 people and wounding dozens on the 6 March illustrated that it is challenging to establish peace and prosperity in the country. ISIS claimed responsibility for the attack. However, the Taliban conducted 43 attacks against ANSF on the 3 March alone. Moreover, the US forces conducted an airstrike as a warning for the Taliban to abide by the terms of peace. On the 6 March, a few state officials declare that there is certain intel that the Taliban has no intention of sustaining the peace process, and this is only a tactical move to create a suitable political and security environment in Afghanistan to grasp the authority after the withdrawal of the international coalition forces.

Lastly, in March 2020 Ashraf Ghani and Abdullah Abdullah, two rival political figures claimed that both had won the September Presidential Elections; they subsequently formed two different cabinets. This situation created a great ambivalence in the political situation of the country. This situation has not yet been solved, thus creating a negative atmosphere for the peace talks.

Due to all these concerns, it’s important to see the recently signed peace agreement between the US and the Taliban as only the first step in bringing a lasting peace to the country.

The genuine peace in the country should be between the Afghan government and the Taliban. The USA and other international actors should act as the moderator and guarantee the economic, social and judicial gains for Afghans. Not only the Afghan people, but also the region and the international society, need a genuine peace.

This article gives the views of the author, and not the position of the South Asia @ LSE blog, nor of the London School of Economics. Featured image: A U.S. Army Private in Afghanistan. Credit: Flickr, Creative Commons, CC BY-ND 2.0.

Dr Emrah Ozdemir is an assistant professor in the Department of International Relations, at Karatekin University, Turkey. He completed his PhD in Political Science at Swansea University in Wales in 2016 with a thesis entitled “Postconflict Statebuilding as a Counterinsurgency Policy: Analysis of Afghanistan”. Dr Ozdemir, who is also delivering lectures at Turkish National Defence University and Gendarmerie and Coast Guard Academy, has published works on security studies, conflict, international policy and post-conflict reconstruction. 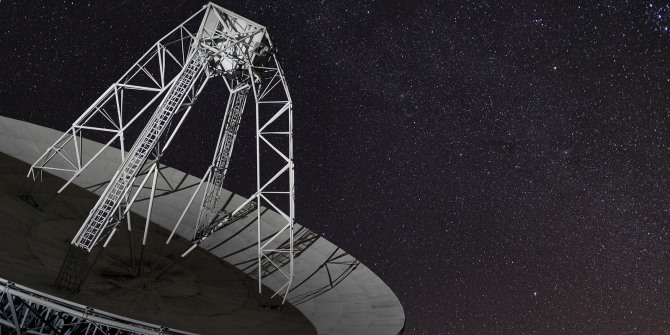 Bad Behavior has blocked 2615 access attempts in the last 7 days.