For many people across South Asia needing to resolve a dispute but without access to formal justice systems, informal mechanisms have long been the norm. But how do they work in Bangladesh, India, Nepal and Pakistan, and how can they improve to ensure greater access to justice for rural marginalised people to the informal, asks Mohammad Tarikul Islam (Jahangirnagar University, Bangladesh).

An informal mechanism to resolve a dispute tends to be accessible and effective, but often operates in arbitrary ways. The formal judicial system places more emphasis on procedural justice, but its accessibility and effectiveness are often in doubt. If we look at countries across South Asia, the judicial system has been under enormous pressure for a long period of time, with unmanageable workloads and an inadequate number of officials and staff to deal with a backlog that amounted to millions of cases.

Furthermore, the rural poor and other vulnerable people are unable to afford the cost of litigation and do not have a sufficient understanding of how to gain access to justice in formal courts on issues that, in many cases, are better resolved at the local level. Only a few people in developing countries can afford to take legal action. In rural areas of South Asia, particularly in Bangladesh, Nepal, India and Pakistan, problems such as violence against women, disputes over inheritance, dowry, divorce, financial maintenance for women and children and land disputes are social rather than criminal problems, and therefore, tend to be resolved via informal dispute settlements.

Can the village court in Bangladesh ensure fair play?

Bangladesh has inherited from colonialism an adversarial judicial system that is highly formalised and places great emphasis on due process. Unfortunately, this system is incapable of meeting the needs of society, especially in the countryside: fees are unaffordable, delays enormous, procedures impenetrable, corruption rampant, and judges biased against poor and other marginalised people. To bridge the gap between informal and formal dispute resolution, Bangladesh has redesigned Shalish through the 2006 Village Courts Act. The 2006 act provides for the establishment of a Village Court in every Union Parishad (UP), the lowest tier of local government. In this way, Bangladesh offers an interesting case where informal dispute resolution has been institutionalised as an alternative route to justice. Ideally, village courts combine the best of Shalish on the one hand “accessibility and effectiveness” and of the formal judicial system on the other “procedural justice”.

Despite the reform, it remains debatable to what extent village courts actually work for those who need them most. The rural poor are socially excluded and suffer from discrimination, deterring them from accessing even informal village courts. Even when they access it, they may not get a fair hearing as procedural justice is undermined by local power imbalances and widespread practices of nepotism and corruption. Furthermore, the effectiveness of the system is jeopardised by a lack of capacity and enforcement problems. While the powers of village courts are significant, their capacities are limited in practice. In theory, every six months the UP chairman has to submit a report to the sub-district (upazila), but this does not happen in most cases. Besides, UP is overburdened with other activities and do not have the manpower to keep a tally of judicial decisions and write a formal report about the activities of their village courts every six months.

The role of Panchayat to ensure justice in rural India

In India, most of the cases listed above are found to be settled by way of litigation under the Panchayat. The quest for justice has been an ideal that citizens have been aspiring to for generations. The constitution reflects this aspiration in the preamble itself, which speaks about justice in all its forms: social, economic and political. Justice is a constitutional mandate and the constitution has tossed up many issues relating to the working of the judiciary; the most important being court congestion and judicial delays.

Article 40 of the constitution of India directs the State to take steps to organise village panchayats and confer them with such powers and authority as may be necessary to enable them to function as units of self-government. With a rapid increase in the number of people approaching the courts, the primary concern faced by the Indian judiciary is the escalation in the amount of new cases coming in and an ever-increasing backlog. Delay in the formal justice administration is the biggest operational obstacle and therefore, poor and marginal people in rural India gets confidence to approach Panchayat rather than formal court. Members of dispute resolution panel are honored with symbolic honorarium for distinguishing their efforts. Domestic Violence is also dealt with in the Indian panchayat.

The state of the Nepali informal judiciary

Community mediation exists in only a small number of villages. Elsewhere, disputants continue to turn to traditional institutions, to the Village Development Committee (VDC) Secretary. VDC is entrusted with responsibilities for managing local level conflict and it provisions for the salary of them who are engaged in dispute resolution. VDC excels in ensuring community harmony by resolving disputes of a nature that would never make it to the formal court, such as minor physical assault, verbal abuse, misunderstanding between spouses, cases where an individual is ostracised by the community and local development disputes.

It is prone to both elite capture and gender bias, and often serves sectional interests of those who hold authority in traditional jirgas or panchayats domain. However, many of the shortcomings of the Alternative Dispute Resolution (ADR) can be overcome by integrating it into the formal legal system. While the Alternate Dispute Resolution Act was adopted by parliament in 2016, no effort has been done to implement it in the federal. Moreover, economies with an integrated system of courts and ADR tend to have a more reliable judiciary, benefiting the courts, the parties involved and the economy as a whole.

How to make rural judiciary more effective in South Asia?

Initiatives like opening up more opportunities for legal employment in the rural judiciary services under the auspicious of the local government, and designing more legal entry channels for individuals, would allow it to be endowed with different forms of capital to capitalise on their own resources. Policies designed to promote an individual’s capabilities would enable rural judicial officials to follow the aspirations of the poor and marginal segments in the rural society and listen to their problems in the name of fair arbitration.

Rural poor women and vulnerable groups are the main target audience of the rural courts while women are less exposed. A women-friendly environment in the court is extremely important. Local government representatives, rural court officials (including panel members) need adequate sensitisation with gender-friendly behaviour, provision should be made for nominating at least one woman onto the judicial panel, especially in the cases including a woman.

For the fairness of the rural judiciary, policymakers could limit the authority of the local government chairperson, include refusal rules, requirements of public announcements of the sessions, and the right of parties to exclude a panelist. A streamlining of the process for enforcing decisions, a system for proactive judicial supervision of the courts’ compliance with fundamental rights and with rural judiciary procedure, and the provision of administrative assistance for the running of the courts also needs to be well-thought-out.

This article has been adapted from Rural dispute resolution in Bangladesh: how do village courts safeguard justice?, published by on 26 Jan 2019 in the Journal of Contemporary South Asia.

This article gives the views of the authors, and not the position of the South Asia @ LSE blog, nor of the London School of Economics. Featured image: Handshake. Credit: SuperMerrily, Pixabay.

Mohammad Tarikul Islam is the Associate Professor of Government and Politics at Jahangirnagar University, Bangladesh. He was the Visiting Research Fellow at the University of Oxford in 2018. He previously served United Nations in Bangladesh for a period of seven years in different capacities. Prof. Islam is the regular contributor to South Asia @ LSE, the Daily Star and the South Asia Monitor. Research and teaching interests of Professor Islam include Local Government; Human Security; Informal Diplomacy; and Disaster Management. He can be reached at t.islam@juniv.edu 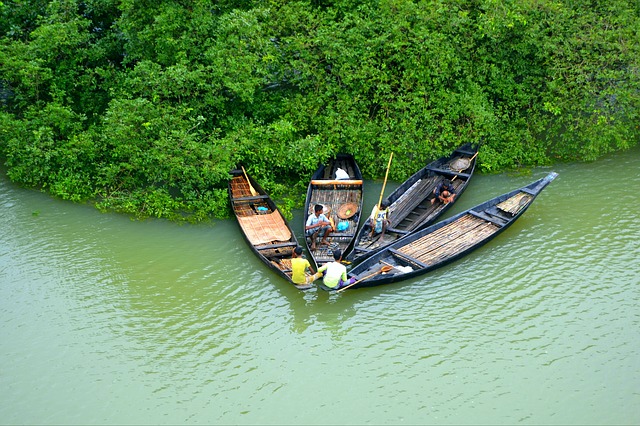 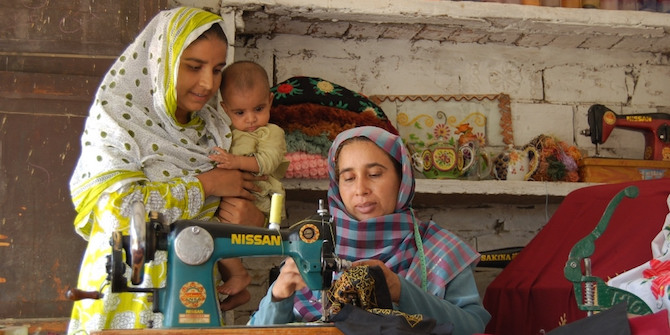 Bad Behavior has blocked 3181 access attempts in the last 7 days.