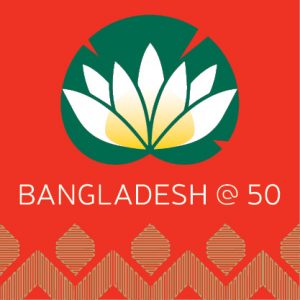 In this unique post,  Daniel Payne (Curator for Politics and International Relations, LSE Library), explores and summarises the papers of the late Peter Shore (1924–2001), Labour Member of Parliament (Stepney (1964–74); Stepney & Poplar (1974–83)), whose support for the independence of Bangladesh in 1971, engagement with the Bangladeshi diaspora in London, and concern for the impact of Britain’s joining the common market in the 1970s on countries like Bangladesh, remain little known and discussed.

LSE Library is the custodian of some 80 shelves of material that document Shore’s political life from around 1958 up until his death in 2001. Alongside his work campaigning against the UK’s membership of the Common Market, his papers also reveal a longstanding interest in the people of Bangladesh and their struggle for independence. This interest was largely driven by his constituents (of Bethnal Green and Stepney in East London), many of whom had immigrated from Bangladesh in the 1970s. They gave first-hand accounts to Shore of what they and their families had been enduring in Bangladesh, and worked with him to keep their concerns raised in the House of Commons. He also visited Bangladesh, and was posthumously honoured with the ‘Friends of Liberation War Honour’ by the Government of Bangladesh in 2012 for his support for its independence.

The banner image above shows Shore meeting Bangabandhu Sheikh Mujibur Rahman, the first President of Bangladesh at Heathrow Airport in 1973. They met on several occasions in due course, and Shore was very fond of him. In a later Bangabandhu Memorial Lecture, Shore remembered meeting Bangabandhu shortly after his release from prison in 1972:

[…] The Sheikh looked much like his picture — only thinner. He had been told about me and gave me a long and emotional hug — and thanked me for my efforts to secure his release and my support for his country. I said that it was a great and happy moment to see him well and free in London. […] He spoke first about his captivity. He had been kept in solitary confinement in a remote Punjab Town. His trial? That had been a farce. (SHORE/21/16, LSE Library archives) 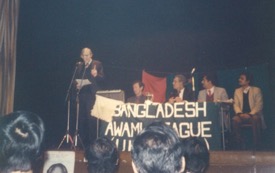 Peter Shore speaking at the UK branch of the Bangladesh Awami League, n.d.

(SHORE, 23/26, LSE Library Archives) © This image is subject to copyright;

The papers show evidence of Shore corresponding with various individuals who worked to keep what was happening in Bangladesh alive in the UK press and House of Commons. He was involved in organisations such as the Bangladesh Awami League, and founded the British Bangladesh Society whose aim was to ‘promote friendship and understanding between Bangladesh and Britain and between Bengali and British people through social, cultural, and political activities’.

The society held its inaugural meeting on 25 July 1973 with the High Commissioner for Bangladesh Syed Abdus Sultan as Honorary President, and Mr Tasadduq Ahmet as Vice Chairman. Ahmet was born in Assam in 1923 and fled East Pakistan (later Bangladesh) in 1952 due to his involvement in the Bengali Language movement in the 1950s. He settled in East London and founded Desher Dak (‘Call of the Homeland’), the first British publication for Bengalis. He was later awarded the honorary freedom of Tower Hamlets and an MBE for his service to the welfare of the expatriate Bengalis in Britain. 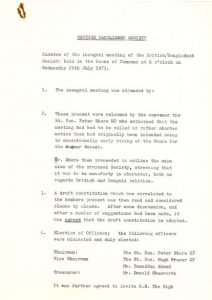 Minutes from the inaugural meeting of the British Bangladesh Society, 1973

(SHORE/21/13, LSE Library Archives) © This image is subject to copyright;

At the time of the Society’s founding, Shore also had a role as the Opposition/Shadow spokesman on European Affairs. One of Shore’s concerns with the UK’s membership of the EEC was the impact it would have on Commonwealth countries such as Bangladesh, particularly the imposition of trade tariffs. In a transcript of the speech he gave at the inaugural meeting of the British Bangladesh Society, Shore thus outlined his concerns:

Many advantages Commonwealth countries previously enjoyed in trade and other matters with Britain are shortly either to be radically changed or even totally withdrawn. No Commonwealth countries will be more deeply affected by these impending changes than those in the Asian Continent. […]The importance of these changes for Bangladesh must be stressed. No country in the world is as dependent on Jute and Jute manufactures. Yet Bangladesh with all its problems and all its poverty now faces the imminent imposition by Britain of tariffs on her exports of Jute goods. (SHORE/21/13, LSE Library Archives)

There are also records relating to Shore’s correspondence with the Bangladesh Student Action Committee, who had offices just around the corner from LSE at ‘Gamages’, a now defunct department store in Holborn. 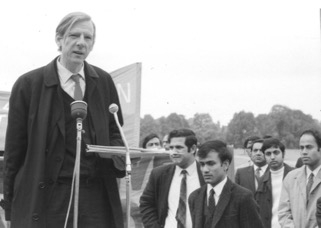 (SHORE/23/12, LSE Library Archives) © This image is subject to copyright;

The student activists wrote to Shore asking him to address a rally at Speaker’s Corner in Hyde Park in support of Bangladesh, along with Mr Abdul Mannan (President of the Bangla Desh Labour League). Shore is photographed speaking at the rally with members of the Student Action Committee in the background. They formed a number of resolutions at this meeting, which can be seen in the document below. Students from the Committee also carried out a hunger strike before the residence of then Prime Minister Edward Heath in 1971. Shore reached out to them, and according to Faruque Ahmed in his Bengal Politics in Britain: Logic, Dynamics, Disharmony (2010: 131) the strike was called off only when Shore promised to raise the question of Bangladesh in the House of Commons. 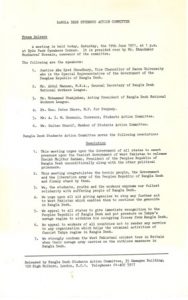 (SHORE/21/38, LSE Library Archives) © This image is subject to copyright;

The Peter Shore Collection documents the political life of the Labour MP and is open for all to consult in the Reading Room at LSE Library. Please see the Library webpages for information on access. Shore’s 1975 Fabian Society tract ‘Europe: The Way Back’ has been digitised and can be read online here.

© The images in this post are in copyright. Academic citations should be as in the following example: ‘SHORE/21/38, LSE Library Archives & Special Collections, London School of Economics & Political Science’; for further queries, please contact LSE Library.

The views presented here are those of the author and do not represent the views of ‘South Asia @ LSE’ blog, the LSE South Asia Centre or the London School of Economics and Political Science. 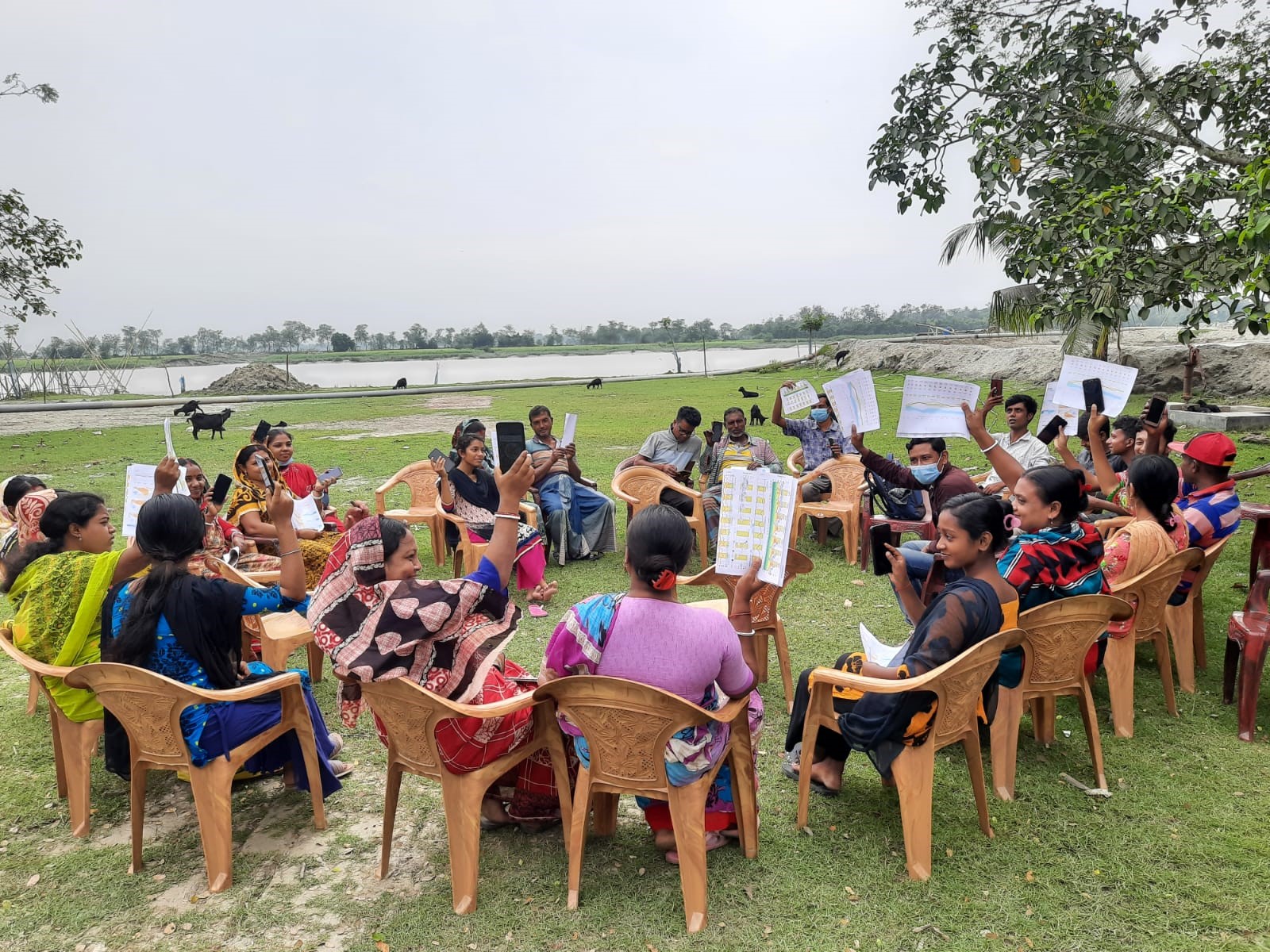 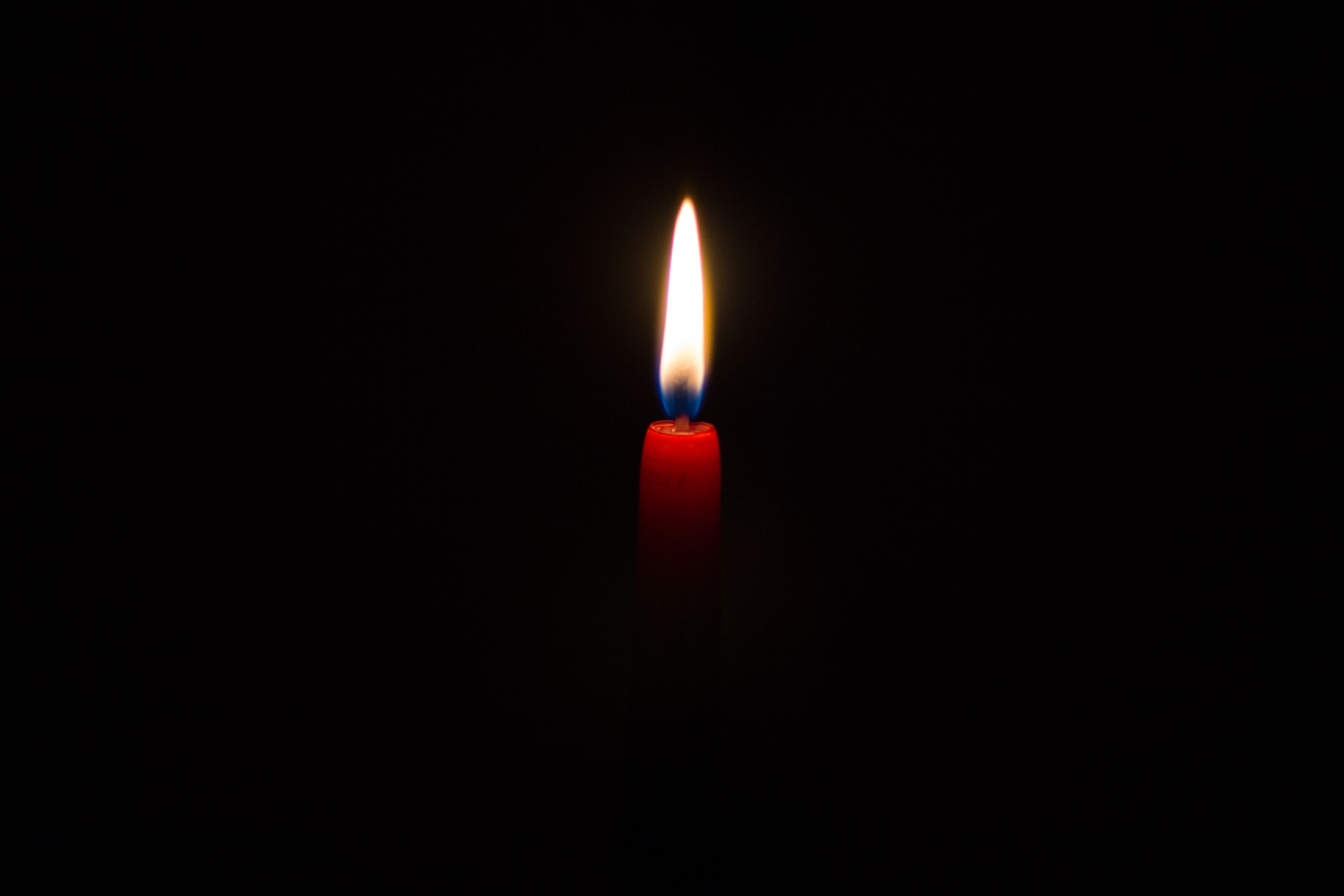 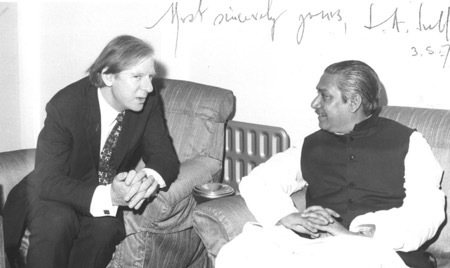 Bad Behavior has blocked 1076 access attempts in the last 7 days.