Remy Debes on the tangled, contradictory origins of our concept of dignity

In Western society, the idea of human dignity is precious. Understood as something like the inherent or unearned worth that all humans share equally, human dignity is typically treated as the moral basis of human rights. For the same reason, it usually stands as a limit of reasonable disagreement—that is, as a limit to what we think we should tolerate in disagreements with others about the good, the right, or the just; rejecting the idea of human dignity is beyond the pale. Human dignity also calls us to action with distinctive urgency. We protest fiercely when we think human dignity under fundamental threat. We weep to hear news that it has been trampled, mocked, or violated. And we cringe whenever we think ourselves complicit in its injury, even indirectly, as would be true, say, if we learn that our soldiers have tortured their prisoners or that a political leader we voted for has racist sympathies. In short, to borrow a bit of lingo from John Rawls, human dignity is one of the clearest points of ‘overlapping consensus’ in Western culture today—and perhaps across all cultures.

But this cornerstone concept of Western morals is very recent—at least, as a concept recognizable by the term ‘dignity’. In fact, until about 1850 the English term ‘dignity’—as well as its Latin root, dignitas, and its French counterpart, dignité—did not have any currency as meaning the ‘inherent or unearned worth of humans’. Instead, throughout the modern era, ‘dignity’ connoted merit and a form of inequality; the sense of dignity we employ when we use ‘dignitary’, signifying social status of a kind associated with nobility, power, gentlemanly comportment, or preferment within the church.

‘Dignity’ appears nowhere in the US Declaration of Independence. Ditto for the US Constitution. During the French Revolution, no one was chanting, ‘Liberté, égalité… dignité!’. And the nineteenth-century English abolitionists who helped turn the tide against slavery in the West weren’t penning speeches or printing pamphlets decrying human bondage in the name of ‘dignity’—not, at any rate, as we understand the meaning of this term today. The first official use of the term in anything like the sense we tend to use it now didn’t appear in a major political declaration until the Mexican Constitution of 1917, and even then it didn’t clearly connote ‘inherent or unearned worth of humans’. This moralized meaning wasn’t codified until 1948, when the United Nations ratified the Universal Declaration of Human Rights, and used the term twice in the preamble of that declaration to justify it.

These facts thus set up a two-pronged question. On the one hand, just how did the moralized connotation of the term ‘dignity’ come into use? On the other hand, even if the term ‘dignity’ didn’t have a moralized connotation until c.1850 or later, isn’t it possible that the concept had an earlier historical life, under the guise of different terminology?

A few years ago, I set out to answer these questions. Working with a variety of scholars, I eventually compiled the first dedicated historical treatment. I won’t try to summarize all the contributions to this volume here, but I will highlight one curious surprise that the volume turns up.

There is one story about the origin of the idea of dignity that goes as follows: The German luminaire Immanuel Kant revolutionized the concept of dignity when, in 1785, he argued that his foundational moral principle, the ‘categorical imperative’, could be understood as follows:

So act that you use humanity, whether in your own person or in the person of any other, always at the same time as an end, never merely as a means.

Kant’s full argument for why we should never treat another human as a ‘mere means’ is complicated, but in part it turns on the claim that persons do not have a ‘price’. Instead, Kant argues, persons are ‘above all price’. He writes:

Whatever has a price can be replaced by something else as its equivalent; on the other hand, whatever is above all price, and therefore admits of no equivalent has a Würde.

And so now, the crucial link: even in the earliest translations of these claims (around the end of the eighteenth century), Kant’s term Würde was translated as ‘dignity’. And so, voila! The origin of our moralized concept of dignity is at hand. Between Kant’s massive influence on German and Anglophone traditions, the term ‘dignity’ was forever bonded to its new, morally precious meaning.

Alas, no. As a history of our present-day concept of dignity, the foregoing is at best a just-so story. To be sure, Kant’s thoughts about human worth have influenced a wide range of late-twentieth-century and present-day moral and political philosophers. Indeed, no summary of the philosophy of human dignity would be complete without considering Kant’s influence. However, when it comes to the emergence of the concept of dignity and how that concept took life under the actual term ‘dignity’, the Kant-wellspring story doesn’t pan out.

Return to the eighteenth century and consider, to begin with, the decision by Kant’s earliest translators to use the term ‘dignity’ to translate Kant’s concept of Würde. Why did they do this? After all, the literal translation of Würde is ‘worth’. Well, in the late-eighteenth and early-nineteenth centuries, the English term ‘worth’ was dominated by fungible, economic notions of value. However, as we saw, Kant explicitly contrasted ‘price’ to the Würde of persons. Thus, Kant seemed to be denying precisely any such fungible connotation to his use of Würde. Correspondingly, English translators needed a new term. They chose ‘dignity’. And so here is the crucial point: it seems unlikely this choice was blind. Instead, this choice suggests that the English connotation of ‘dignity’ already allowed some contrast from any kind of fungible or merit sense of value and which we might ascribe to persons. That is, it is more likely that the term suggested itself, so to speak, as a possible substitute for ‘worth’ in translating Würde.

Wait—didn’t I already say that before 1850 the term ‘dignity’ didn’t have any currency as meaning the ‘unearned worth of persons’? Yes. But this only means that before 1850 there was no such established usage. This is compatible with thinking there were some shifts in the meaning of the term before 1850, and, correspondingly, that there was already some conception of the ‘unearned worth of persons’. My present point, then, is that we find these shifts even before 1785, when Kant published his seminal moral work.

Some evidence for my suggestion can be gleaned from combing through the dictionaries of the day. For example, Samuel Johnson’s 1755 Dictionary suggests a drift in the concept of dignity, namely, towards a non-fungible sense of worth. Thus, consider Johnson’s first two definitions of ‘equality’:

1) Likeness to any qualities compared.

2) The same degree of dignity.

Given the range of egalitarian agitation across all elements of mid-eighteenth-century European culture, this is a remarkable definition. In the first place, to suggest that true equality means equal dignity is to challenge the then-dominant use of ‘dignity’ to indicate unequal measures of social distinction, such as existed between gentry and commoners. This impression is buttressed by the usage example Johnson selected for the second definition noted above, of ‘the same degree of dignity’:

One shall rise, Of proud ambition; who, not content with fair equality, fraternal slate, Will arrogate dominion undeserv’d, Over his brethren. (from Milton)

Or consider another of Johnson’s usage examples, this time for the first definition of ‘man’ as ‘human being’:

The king is but a man as I am. (from Shakespeare)

In a day where divine right and absolute sovereignty were live ideas, and dictionaries and encyclopaedias had become clandestine means for the expression of irreverent ideas, we definitely miss something if we dismiss Johnson’s usage choices as politically and philosophically unimportant. Instead, I suggest Johnson’s choices mark a deeper story about a general rethinking of human worth during the European enlightenment—a story that somehow explains, at least partly, how we got to the moralized sense of dignity common today.

Or consider this: As early as 1760, Kant himself noted that he was inspired by Rousseau on the question of human worth. ‘Rousseau set me right about this’, Kant wrote, adding that he learned from Rousseau, ‘to honour humanity’. To be fair, this debt is nowadays widely appreciated by Kant scholars. But there is also evidence of other pre-Kantian origins of the moralized concept of dignity. For example, in my own contribution to the anthology, I show that Denis Diderot, Rousseau’s compatriot, was working out his own notion of dignity. And in Stephen Darwall’s contribution, he shows that before both these thinkers there was the seventeenth-century natural law thinker, Samuel Pufendorf who even used the term dignity, writing at one point:

There seems to him to be somewhat of Dignity (dignatio) in the appellation of Man: so that the last and most efficacious Argument to curb the Arrogance of insulting Men, is usually, I am not a Dog, but a Man as well as your self.

It is usually forgotten that Kant had little influence on British thought until at least 1830. And what influence he did have both before and after this point was variously circumscribed. In England, all early discussion of Kant (before 1800) took place outside the university, in the pages of popular literary journals. And while Kant enjoyed a brief flash of popularity in these journals at the very end of the eighteenth century, what was conveyed in them was greatly simplified, even trivialized. Moreover, there was little discussion of his ethics, with most attention given over to his theoretical, theological, and political views—the last mostly based on his essay ‘Perpetual Peace‘. In this last respect, Kant ended up seeming a radical with dangerous Jacobite leanings. By the close of the century, the English public had become rather suddenly conservative and nationalistic, with a growing suspicion of German Enlightenment thought and culture. In short, despite the brief fascination with Kant, by 1798 the influential Critical Review complained that ‘The philosophy of Kant is little known in this country’.

After 1806, Kant’s name virtually disappeared from English periodicals for decades. And translations of Kant’s work, which had already been scarce, were not in demand. His practical philosophy was especially slow to find its way into English. In particular, the Groundwork, where he made his famous claims about dignity, was not professionally translated into English until 1836, when J. W. Semple, a Scotsman, offered the first serious edition. And even this translation was not easily accessible until a revised edition appeared in 1869, ‘at a third of the original price’, by another Scotsman, Henry Calderwood. Indeed, what scholarly interest in Kant did exist in the first half of the nineteenth century was mostly contained to Scotland, where the balance of attention was still on his theoretical philosophy. Taken all together, then, whatever influence Kant had on Anglophone moral philosophy, let alone the Anglophone concept of respect in general, must have been slight before 1870, if not much later.

All told, clearly it is high time for a rethinking of how the West came to embrace its notion of human dignity, and to ask what it really means. Perhaps, like its history, we will discover there is still much to be said about what this most fundamental, shared ‘worth’ of human beings consists in.

This essay is based on Dignity: A History, edited by Remy Debes (Oxford University Press, 2017).

Remy Debes is Associate Professor of Philosophy at the University of Memphis. His research interests include ethics, moral psychology, and the history of Enlightenment philosophy. 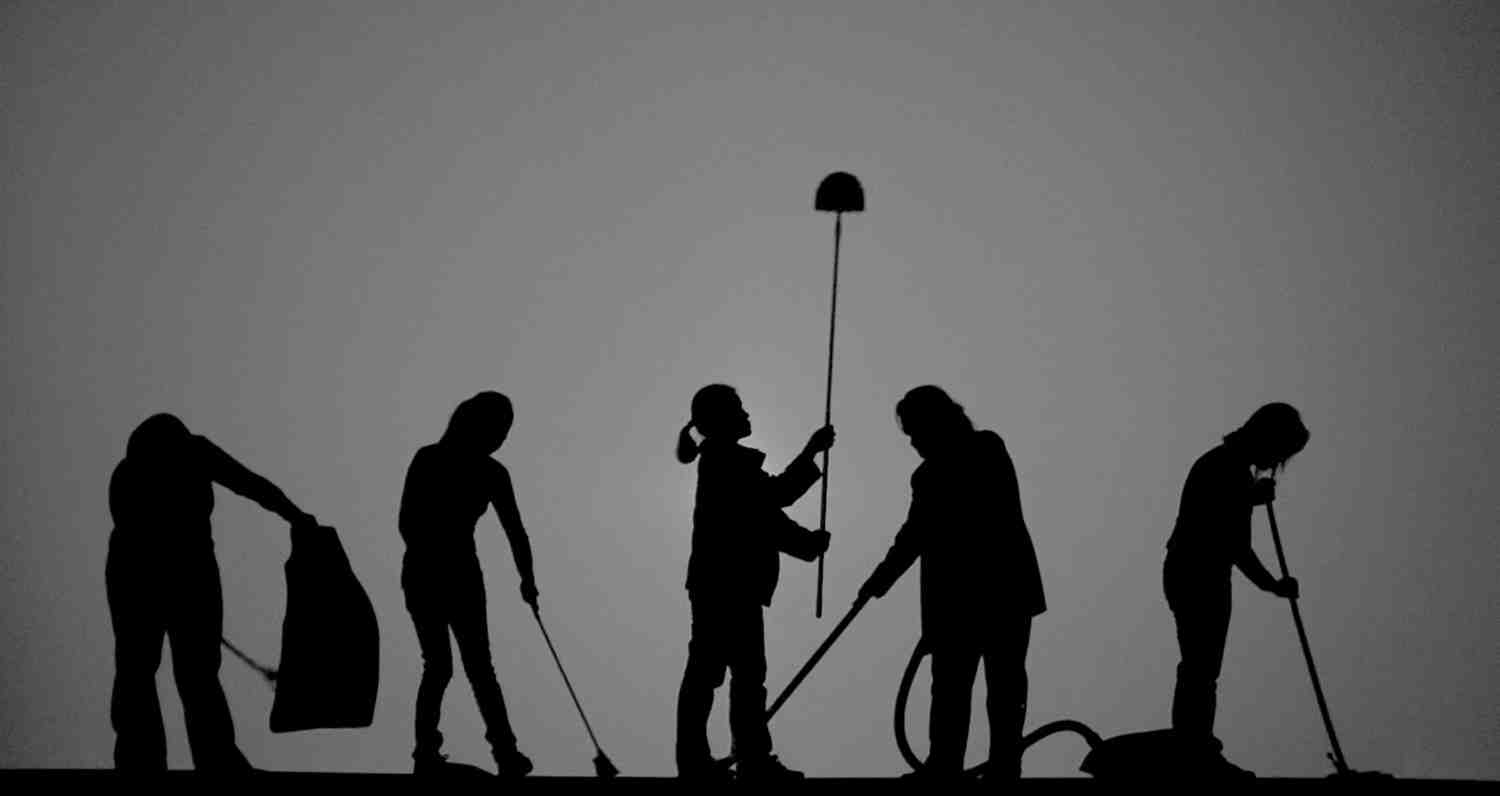