T. M. Wilkinson on the ethics of manipulation in health and advertising

California’s Department of Health Services once funded this advertisement: A glamorous-looking youngish man at a black tie event lights up a cigarette as a beautiful woman walks towards him; alas, his cigarette wilts; her face shows a flash of horror, then resignation, and she walks away. Then the same thing happens again, to three men in a row! The voiceover says: ‘Now that medical researchers believe that cigarettes are a leading cause of… impotence, you’re going to be looking at smoking a little differently. Cigarettes. Still think they’re sexy?’. The advertisement can be seen here. The advertisement is funny, to a non-smoker anyway, but a purist might think that using humour can be manipulative; and even a non-purist might find the advertisement manipulative in playing on widespread male fears, in glossing over the distinction between being a ‘leading cause of impotence’ and impotence being likely to happen, and in showing remarkably young men being victims.

If health promotion agencies use manipulative tactics, they are hardly doing so against a background of neutral, unbiased information. California’s advert may have played on ancient male fears, but for years tobacco marketing portrayed smoking as manly and sexy. When pro-health advertisements appeal to fear, guilt, or family love, or exaggerate and distort, they do nothing that commercial marketing hasn’t done thousands of times to sell tobacco, alcohol, rubbish food, and sugary drinks. It must make some difference to the ethics of manipulation that the other side is doing it, but what and why?

Let us backtrack and ask why manipulation seems wrong, even manipulation that might be in a good cause. If we think back to the early days of modern medical ethics, it was asked whether doctors should sometimes conceal the truth from their patients—for instance, should they lie about their patients’ imminent deaths, or exaggerate the chances of a treatment’s success to ensure patients agreed to what was in their interests? The modern answer is that they should not lie or exaggerate, and the leading reason is that people should have their autonomy respected.

Autonomy is a complex notion. The part of it that is particularly relevant to assessing manipulation is sometimes called ‘independence’, and it means being free from the control of other people. When we are manipulated, we are under the control of another agent and our autonomy is thereby damaged. People disagree about how objectionable manipulation is, but you can see why we might think manipulating someone—even in their own interest—is wrong.

I think it makes a big difference, though, whether using manipulation is against a background of no manipulation or, as in the case of tobacco, alcohol, and so on, of commercial manipulative attempts. Compare these two cases: In one, a health promotion agency encourages breast screening for cancer using sentimental appeals to family and maternal guilt, and a selective presentation of the evidence. The other is California’s anti-smoking advert. The breast screening advert would not, so far as I know, counter any successful manipulative attempt to prevent breast screening. The anti-smoking advert would counter pro-smoking manipulation.

When manipulative health promotion counters anti-health manipulation, it may not damage autonomy at all for two contrasting reasons:

(1) It would not damage autonomy if counter-manipulation were ‘de-manipulation’ so that we ceased to be manipulated and gained in autonomy.

(2) It would not damage autonomy if counter-manipulation substituted one form of manipulation for another. There would be no gain but also no loss in autonomy, and there would be a gain in health.

Counter-manipulation could de-manipulate in several different ways. It could jolt us into realizing there is a second side to the story, making us think for ourselves. Less optimistically, we might dismiss as lies or distortion what everyone has said and move to a state of disbelief. Either way, we would not be manipulated. Or we might be put on our guard by the swirl of conflicting messages, and it is harder to manipulate the wary. It is even possible that adding pro-health to anti-health messages has a blanking out effect, so that we switch off altogether and pay no attention to anything we are told.

If manipulative health promotion in fact de-manipulates, it would not be objectionable on grounds of autonomy. Rather harder to defend ethically is manipulation that has a substitution effect. Suppose instead of de-manipulating, the pro-health campaign works so well that we end up manipulated by it. The (male) smokers throw away their cigarettes, convinced of the appalling certainty of impotence. What should we make of this outcome?

The argument would also be too quick if it assumed all manipulation were on a par. We can be manipulated in many ways, including being told outright lies, given the partial truth, having our heartstrings tugged, our guilt tripped, even being spoken to in a deeper voice. Though these and other tricks may all be used to manipulate, they do not seem intuitively ethically equivalent. It might be bad to get people to smoke using a wordless cowboy in an advert; it is worse to lie about the health effects. So whether manipulative health promotion could be justified as a substitute would depend on how it manipulated. If it used the same or less bad methods than its opponents, then the argument goes through; but it does not if the promotion used a worse method.

The argument also does not ask about long-run effects. Maybe without the health promoters butting in, we otherwise-manipulated people would come to our senses and learn from our mistakes. Perhaps, as it has been put, we would ‘recover our autonomy’. Perhaps. It is an open question what counter-manipulation would do. Perhaps it would speed up the recovery of autonomy by starting us on the process of critical enquiry, perhaps it would slow it down by interfering with the process, perhaps it would have no effect at all. I don’t suppose anyone knows the answer to these questions.

I think it likely that at least some counter-manipulative health promotion would meet the conditions of getting us to become healthier in a way that was better, all things considered, and at no further cost in manipulation. That’s not quite the end of the matter, though. If manipulation is wrong when commercial firms do it, isn’t it also wrong when health promoters do it even if it makes us better off? How do two wrongs make a right?

Whether counter-manipulation is sunk by this problem depends on how it is understood. Is it supposed to be wrong to manipulate people because it is bad for them? If so, counter-manipulation that meets the right conditions would not be bad for us; we would lose no autonomy and would gain more valuable health. But perhaps instead the wrongness of manipulating lies in the failure to respect people, and perhaps even counter-manipulating is failing to respect. I do feel the pull of this intuition. On the other hand, perhaps the wrongness of the manipulation could in the end be overridden when it is better for our health and no worse for our autonomy.

This essay is based on the article ‘Counter-Manipulation and Health Promotion’  by T. M. Wilkinson, published in Public Health Ethics.

T. M. Wilkinson is Professor of Politics and International Relations at the University of Auckland. His research interests include the ethics of organ retrieval and he is currently working on the ethics of attempts to control people’s body sizes.

How to Express Your Emotions in Writing November 27th, 2017 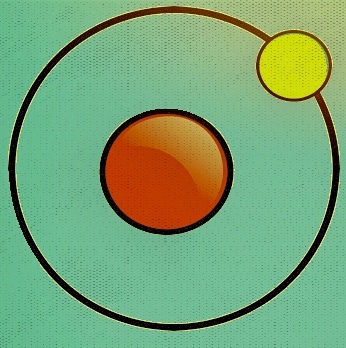